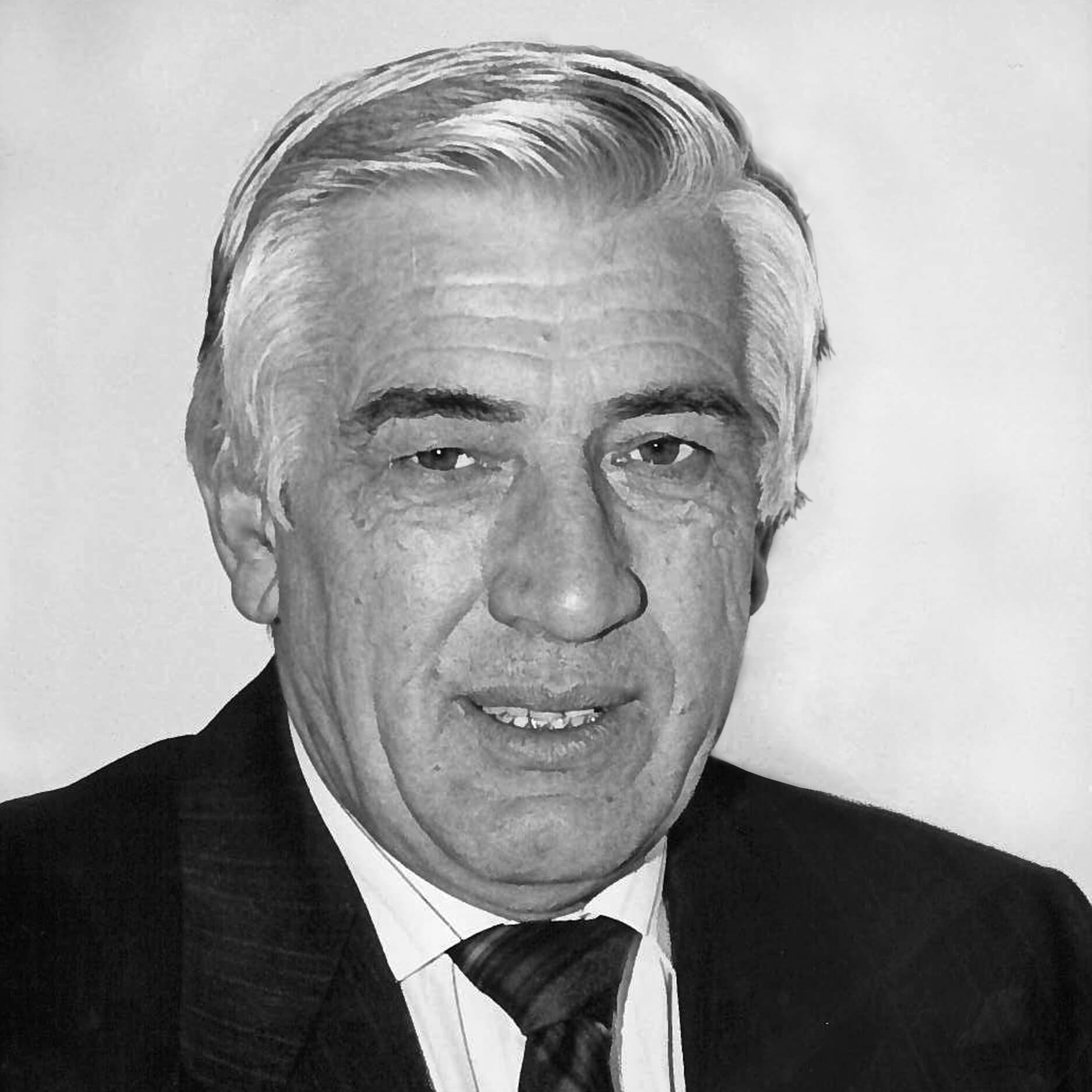 Neil Vanderkruk
At the 1989 Congress, new president Neil Vanderkruk announced that “Landscape Ontario is taking many positive steps forward, even though at times it may have appeared, on the outside at least, to be going backwards.”

The new president went on to say, the new association could not run without the dedication and assistance from a great many people. “The Association needs dedication. It needs people to live up to these commitments, and we need to sell the Association to both members and non-members.”

The new logo of Landscape Ontario was also introduced at Congress that year. It was presented to the LO members for the first time at Congress by Promotions Committee Chair Ann Lederer.

In 1989, Neil wrote about benefits of association membership, which he noted are not necessarily tangible black and white that you can see, feel or touch. “Certainly, associations can offer benefits such as group insurance plans or discounts on annual fuel bills. When it comes to government lobbying, associations are the only way to go. The larger the association, the more clout we have with Queen’s Park or Ottawa. However, I believe the most important benefits of a trade association go are beyond this. Attendance at chapter meetings and involvement in the activities of the commodity group that best benefit your needs will gain new and important contacts for you.”

“Neil and Connon Nurseries are life-time contributors to the success of Landscape Ontario and the entire horticultural profession.”
— Tony DiGiovanni

He went on to write, “I speak from my own personal experience when I say that my extensive involvement in L.O. over the past 25 years has benefited both myself and our company in many ways that I will never be able to measure in a concrete way, but they are definitely there.”

Neil was made an honorary life member of Landscape Ontario in 1991.

His influence over the years was felt in business, media and public relations, municipal contracts and Landscape Ontario.

He arrived in Canada from Holland in 1952 at the age of 15. "It was a rough boat trip, and three family members, including my mother, were injured on the way over." The family with seven children finally left Halifax after a few weeks by train for Hamilton.

Neil went to work for a local farmer for two years, before taking a job at an egg processing business. "Working at the farm, I was laid off every fall, so I moved on to a place where it would be year-long."

In 1962, Neil went to work for Connon Nurseries, which was now fully owned by his father.

When sales increased, Connon Nurseries began experimenting with growing plants in containers. "We were pioneers in containerized plants," says Neil.

During this time, Neil took over sales and purchasing, while his brothers Art was in charge of plant production and Cor handled the retail end of the business and supplying local landscape contractors. "It was Art who pushed container growing,” Says Neil.
Cornelius retired in 1974, and three years later passed away. The three brothers continued to build on the strong foundation that their father and Major Connon had built.

Today, Neil Vanderkruk Holdings (Connon Nurseries) is one of Canada's largest wholesale nurseries serving customers throughout Canada and several Northeastern U.S. states. With over 1,000 acres in production, the company employs more than 200 employees.

Neil says that one of the reasons the company saw a huge spike in business was his involvement with Landscape Ontario. “We became very well-known right across Canada,” says Neil. “I never passed on an invitation to a speaking engagement, which resulted in our (Connon Nurseries) growing reputation right across the country.”

Within a sort timespan, Landscape Ontario lost two executive directors. Both Neil and the LO board decided to look for someone who had more of a “good industry background instead of association management experience.”

Tony DiGiovanni wrote, “A phone call in 1989 from Neil changed my life direction,” says Tony. “The phone call to work for LO came out of nowhere. At the time, I was a volunteer on the Promotions Committee of LO. Neil asked if I was interested in working as the Executive Director of Landscape Ontario. I told him I was not interested, because I loved my job at Humber College. He kept after me and I was flattered. When I told my Dean that I was approached, he told me to try the job risk free for a year because if I did not like it, I would only be a better teacher because of the industry connections. I still think of Neil as my boss to this day.”

DiGiovanni also remembers travelling across Ontario with Neil in his large blue Cadillac. “It was amazing how much he cared about the industry and Landscape Ontario. Neil has heart. He was amazingly supportive of me as I tried out the new position. In many respects he had more faith in my ability. I really did not know anything about the job of Executive Director. In fact, I did not know what Landscape Ontario was about.”

The long-time executive director says there are a number of memories that surface when he looks back at his time with Neil. “Once he asked for my home number. He then called my wife Maxine to let her know how much he appreciated my work and that it was important she try and balance the time I spent away from home. To him, family life was more important. One of my career highlights was being asked to be the master of ceremonies at the 100th anniversary of Connon Nurseries. What an honour and what a class act.”

“Neil and Connon Nurseries are life-time contributors to the success of Landscape Ontario and the entire horticultural profession,” says DiGiovanni.

Tony wrote in his magazine column in 2012, wrote, “Landscape Ontario has a distinct family feel to it. Even though we are a trade association that is in business to advance the green industry, I am reminded daily how Landscape Ontario is really a community. It’s a family made up of many individuals who truly care about the industry and the people who are in it. One day we received a cheque from Connon Nurseries (NVK) of Waterdown for a sizable amount. I doubt Neil Vanderkruk will even remember, but when I asked what the cheque was for, he said he just wanted to support the association.

Neil says the association was very lucky to have such excellent people, such as Horst Dickert and Casey van Maris, involved back when it began.

He remembers working with members to convince municipalities to set standards. He says the City of Mississauga was one of the first and key to bringing others onboard.

Neil Vanderkruk continued to provide his time and expertise throughout the years. He was a member of Building Management Committee and a director on the Foundation Committee.

“I am very proud that our industry has come such a long way. I encourage those in the industry now to keep improving our standards,” says Neil.

Those who have worked with Neil Vanderkruk well know he always had high standards. It’s a legacy that has and will be passed on to future generations.

Members of 1989 Landscape Ontario Board of Directors