Our forests offer homes and shelter for our wildlife, provide us with materials we can build and create with and contribute to the quality of our air and bio-economy. Yet, for some, they are even more than that. Through Trees for Life's Highway of Heroes Tree Campaign, they represent those who served in the Canadian Armed Forces.

The Honourable Seamus O'Regan, Minister of Labour, on behalf of the Honourable Jonathan Wilkinson, Minister of Natural Resources, joined a celebration of Trees for Life's Highway of Heroes Tree Campaign and its planting of over two million trees. Natural Resources Canada contributed $2.4 million to Trees for Life through the 2 Billion Trees program, which aims to motivate and support new tree-planting projects. About thirty thousand trees were included as part of the 2 Billion Trees funding, supporting the outstanding work Trees for Life's Highway of Heroes Tree Campaign has done. 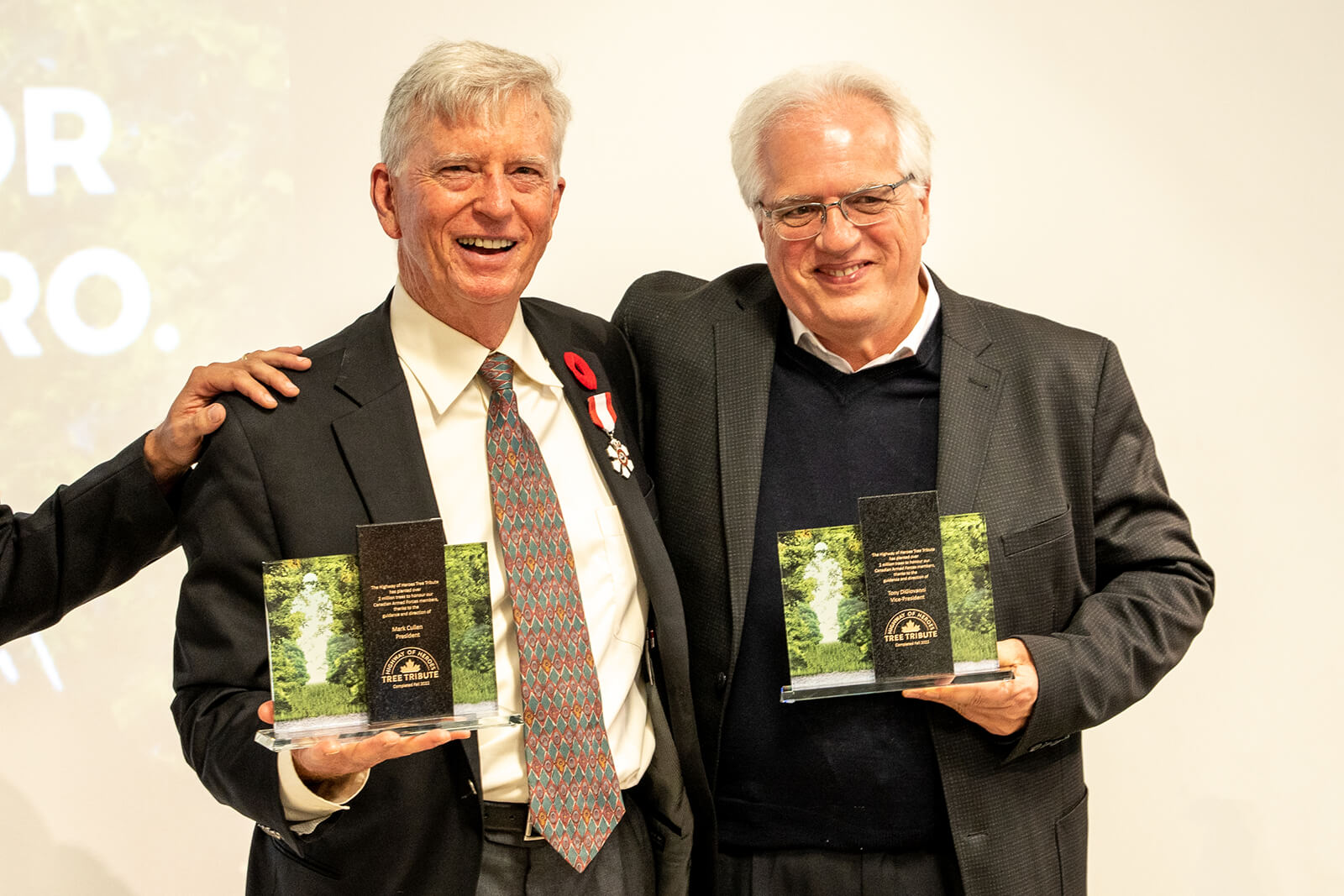 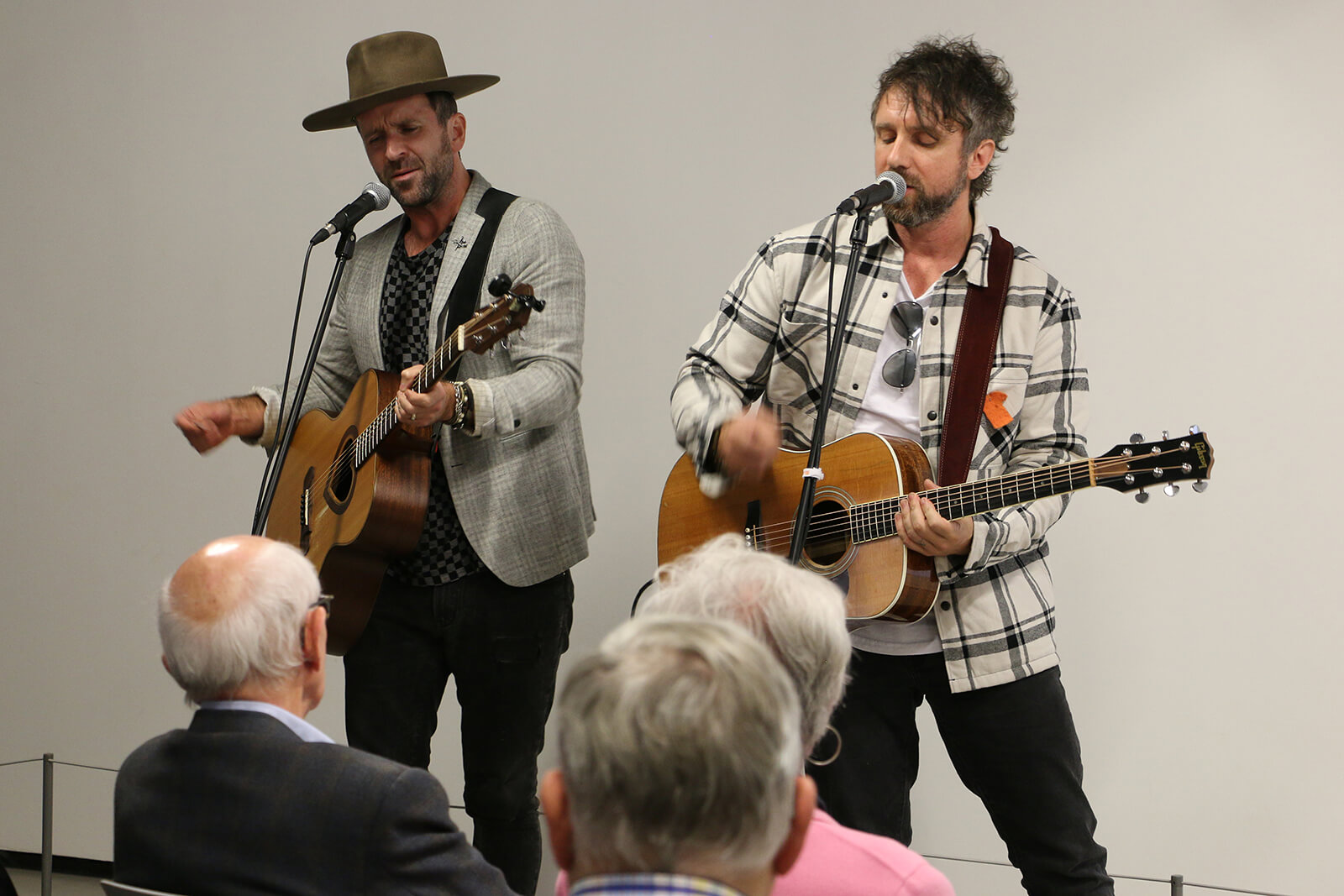 The Trews performing their song, Highway of Heroes.

The campaign was inspired by the hundreds of Canadians who stood along Highway 401 to salute the fallen military members who served in the war in Afghanistan as they were driven down the 170-km route from CFB Trenton to the coroner's office in Toronto. From that significant and moving event, the route was named the Highway of Heroes.

Trees for Life began the transformation of the Highway of Heroes as a tribute to Canada's Veterans in 2015, where one tree was planted for every Canadian who served in the nation's Armed Forces since Confederation. Reaching and surpassing the two million tree goal marks a significant moment in time, where we can reflect and honour all those who have sacrificed themselves for our country.

Two million trees is no small number. Its meaning gives both weight and recognition in remembrance of those who served in the Canadian Armed Forces.

"Along the Highway of Heroes, trees have been planted to symbolize the sacrifices of those who served in Canada's armed forces. This eight-year-long tree-planting campaign with Trees for Life was completed today in Ontario. This important undertaking also leaves our communities with shade and clean air for generations to come. I would like to congratulate all of those involved."

"These men and women, who put service over sacrifice, country over comfort — they are giants; they are heroes. These trees will grow along the Highway of Heroes for generations. And we will remember those Canadians that they honour."

"As drivers travel the 401, these two million trees serve as a living tribute to our heroes and should remind folks of the sacrifices of those who served Canada. The Highway of Heroes Tree Campaign should be incredibly proud — the work they do to commemorate Canada's Veterans is vitally important."

"Until recently I could not allow myself to imagine that this day would come, when we would plant the last tree as part of the Highway of Heroes Tree Campaign. Now, the highway corridor is reforested with a tree for every hero lost at war while volunteering for military service and for all those that have served. We have completed a marathon of a tree-planting campaign. Millions of trees, millions of dollars, over eight years in the making."