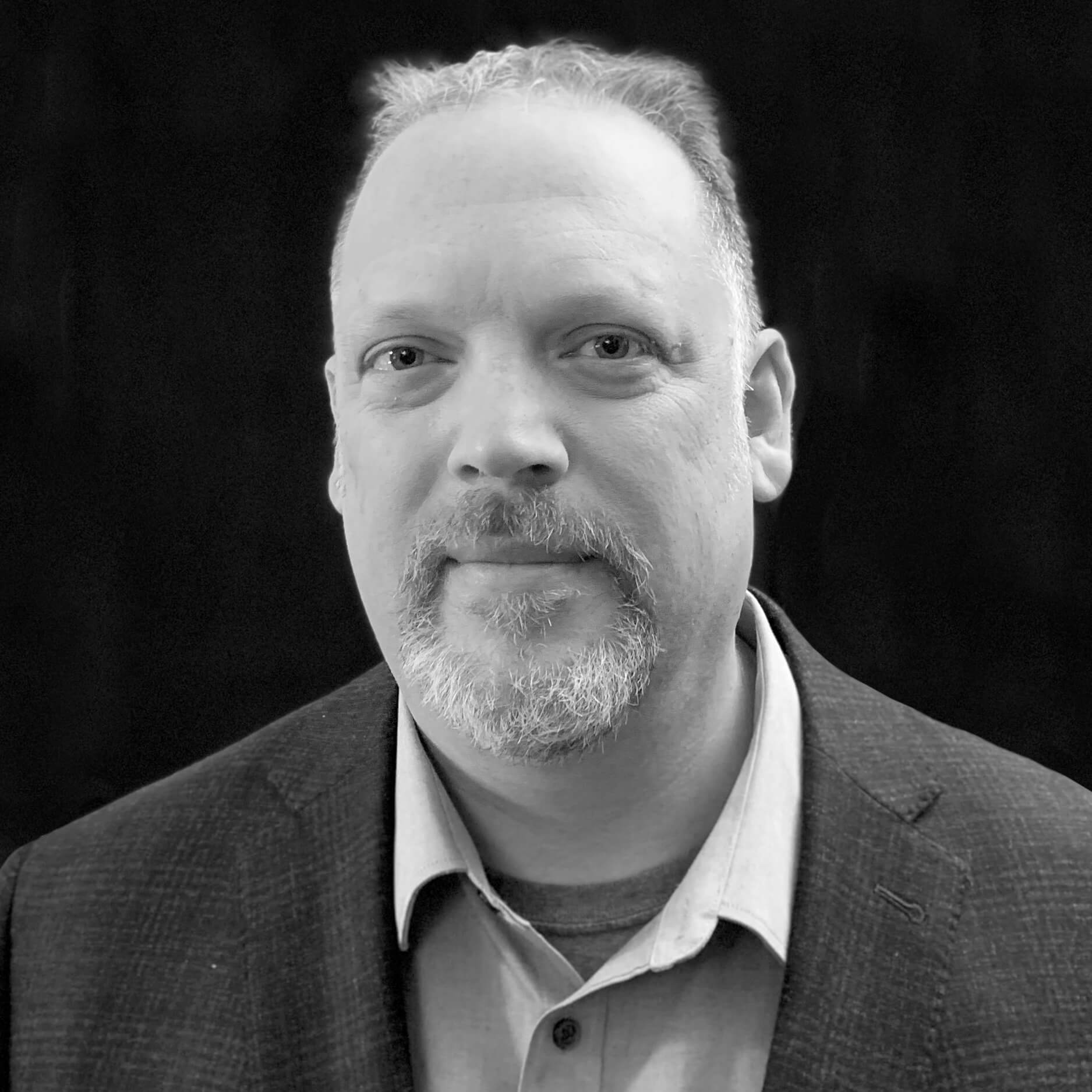 Dave Wright
Shortly after Dave Wright accepted the position of Landscape Ontario’s president in 2020, he faced a crisis like no other in the nearly 50-year history of the association.

At the end of his term, he wrote, “When I began this term as president, I was sure there would be a lot of hard work, but that I would also benefit from the social events and opportunities to meet members and represent the association to the government and the public. I lamented at the last board meeting that because of the pandemic, I missed out on the fun stuff and just got the work.”

And work it was as Dave and the board spent a great deal of time getting members safely back to work. “We had a look at our programs and how we could offer them to members while still maintaining safety. In-person chapter meetings and social events like baseball and golf tournaments just weren’t possible. Snowposium was shifted online. Many changes had to be made quickly, sometimes on the fly, but with lots of thought going into it.” Both Canada Blooms and Congress as a face-to-face event was cancelled for 2021 and 2022. Landscape Ontario developed a different, more accessible online option for Congress.

When Lindsay Drake Nightingale accepted the presidency from Dave Wright in 2022, she stated, “I would like to thank outgoing president Dave Wright for leading the organization these last two years through the dilemmas that COVID-19 presented for Landscape Ontario and the membership.”

In March of 2022, LO executive director Tony DiGiovanni told members that the association had a record-breaking increase in new members over the past year. “In part it was due to staff and the volunteer COVID-19 Task Force providing relevant information and programs that helped members to better cope with the added pressures of doing business during the COVID-19 pandemic.”

Dave’s dad, John Wright, founded Wright Lawn Spray in 1967 in a small rented garage in Waterloo. “Dad grew up on a farm, so he knew what hard work was all about and what it means to be a steward of the land. He came from a long line of farmers and wanted to carry on that legacy, but he and his father didn’t see eye-to-eye. I learned many years later that it is difficult to work with your father when you have your own opinions to share. It seems stubbornness is a family trait. I grew up in the business and witnessed its evolution from a small spray business to a full-service landscape company.

Dave has a very long involvement with Landscape Ontario. “Even though I wasn’t involved in LO, I can remember as a kid, dad going to meetings. I didn’t know life without it.” John Wright was one of the driving forces in Landscape Ontario’s earliest days and well into the time when it was well-established. John Wright passed away on Aug. 24, 2015. Ruth Wright was gardening on June 7, 2013 when she unexpectedly passed away.

“I started doing maintenance when I was 13. One of the things I didn’t like was that it was very routine. Once I got the chance to get into construction, I really enjoyed building things,” remembers Dave.

Embarking on a career as a landscape architect, Dave completed a five-year education at the University of Guelph. After graduation, he spent a summer working at Grobe Nursery, where he learned all about plant material and how to help customers. He also worked closely with Heritage Stoneworks as a subcontractor for hardscape installs. “I believe I only worked for LO members,” Dave says, adding that he got “a lot of support” from both Paul and Peter Grobe, and “learned a lot” from Dietmar Bischoff (at Heritage). “They saw the bigger picture. I wasn’t just a competitor’s son, I was someone who wanted to be in the industry,” said Dave.

Landscape architecture took Dave to Vancouver, B.C., where he worked on some really big projects for some very large clients, including the Vancouver waterfront and the FedEx world headquarters. “They were cool projects, but I realized I wasn’t getting joy out of it. I got a lot of personal satisfaction, but missed seeing the excitement of a customer — you don’t get that when you’re designing a park for a developer.”

After 9/11, Dave wanted to be closer to home. He moved back to Ontario, became a business partner with his dad and set out to expand the design-build portion of the company.

“When I joined the company in 2002, John Keenan, my operations manager at the time, had been with the company for 30-something years. He was on the local chapter board, and he volunteered me for a position on the board. That’s how I got on to the chapter board. And then I missed a meeting once and got nominated to be the president,” remembers Dave.

Working his way up through the ranks, Dave has also served on the association’s Provincial Board of Directors, something his father never did despite decades of volunteering with the association.

On May 6, 2019, Wright Landscape Services of Bloomingdale, announced the sale of its lawn care division. Wright Landscape chose to partner with Apex Lawn Services of Waterloo to deliver lawn care services for both past and future clients. Dave stated, “My father was the lawn care guy that everybody called to solve their lawn care problems, but our business is now being led by design and construction. We are heading the company in a different direction.”

In 2006, Dave’s father retired and the business was in full transition. Dave says during those early years in business he took every course that LO had available. He made contacts through the association and a network of competitors he could call to ask for advice. “My association with Landscape Ontario also introduced me to Jeffrey Scott, who has been a big part of our business growth, helping me to go in the right direction.”

Today, the successful 50-year-old company has over 30 employees and runs year-round with extensive snow removal contracts.

“I have always seen the importance of networking with other guys in the industry,” said Dave. He began volunteering on the Waterloo Chapter Board as a director, before becoming Chapter president. He then served as the Chapter representative on the provincial board.

Some of his favourite memories are from his time spent volunteering for LO in the school yard greening projects for which Waterloo Chapter became well-known. “Those projects are such huge highlights.”

He says he also received great satisfaction from helping new Chapter members become connected within the industry. “I have learned a lot about effective leadership while serving on the Chapter and provincial boards.”

“As I sat down to write my first President’s Message, I thought about all of the presidents before me, and their contributions to this organization’s amazing history. I am humbled to be in this position, but readily admit there is plenty to do — both to build on this legacy and ensure it is future-ready,” wrote Dave.

In his column of March 2020, he revealed that his path as LO president wasn’t to greatly diverge from his initial plans. “When I started writing this article, I had a whole theme worked out about communication and how you can use it to tear down silos in your company or organization. Then COVID-19 exploded and the world as we knew it changed rapidly. No one likes change and absolutely no one likes when change is forced upon them. I’m sure some people downplayed the whole thing. I know I did at first.”

Dave revealed that he was torn between boldly moving forward verses shutting everything down to protect his team. He asked his team members on their thoughts about going forward after COVID hit. “They want to work, so we will, and our leadership team will work on protecting everyone’s health and wellness. We have a plan in our company to roll with the shutdowns and protect our team from the virus. To achieve this, we are building out three distinct silos: management, maintenance and construction. The management team can work from home or a truck seat. The production team can’t stay home. We are trying to prevent the team members from mixing, so if one division gets hit by the virus, the other can continue. Time will tell if we did enough.”

Even when COVID was sending the world topsy-turvy, Dave felt that new opportunities would emerge. “The worst part is the uncertainty. One thing for sure is that things will not be the same and we’ll all have to work together to build a new normal.”

In June of 2020, Dave wrote, “As I look back over the last three months, I see a crazy roller coaster ride with many ups and downs. Downs being the huge threats to our health and the economy, and the ups being the successful lobbying by our unified task force and members, and finally getting back to work. Then another down: my vice-president of operations left the company.

When we are in crisis mode, what would normally be a crisis is nothing but another blip. We all pulled together and managed to work through all of the protocols and safety procedures to get back to work safely. Now we are pulling together to cover off the many tasks and responsibilities that the number two in our company left behind. He did an amazing job setting everything up for success. We got to say goodbye to him with a physical-distanced, food truck social in our parking lot.”

In October 2020, Dave wrote, “Technology is coming to the forefront. Moving forward, we will have to look at new revenue sources for the association, as future shock events like this pandemic will affect our ability to put on our hugely successful trade show. Obviously, none of these changes were in our recently completed strategic plan. How could we have predicted our current situation? However, our strategic plan gave us a solid foundation for getting the right programs running, getting the right people on staff, and the collaborative attitude to find solutions to every one of the issues that popped up.”

Dave’s final column reflected on his two-year journey as LO president. “Two years have gone by quickly. It seems like only yesterday I was thinking through the theme for my presidency. Legacy has always been important to me — the idea of reflecting on my own past, and building for the future has been a big part of what I do every day.

“This got me thinking. I hope everyone takes a minute to reflect on how we have all survived the great pandemic — and realize we are all stronger and wiser for it. I learned that with effective communication and peer support, we, as an association, can do anything. The achievements of the LO COVID-19 Task Force are a testament to that notion. When everyone pulls together, mountains can be moved.”

Dave’s legacy as president is sculpted from major outside forces, but his hard work, creative thinking and team play created great cohesion among members of the association. That legacy is reflected in Dave’s words, “As we go through these turbulent and unsettled times, it is good to know, we are part of a larger group of members who are all facing the same challenges and who are working diligently to find solutions. The LO family cares. The LO family has your back. We will get through this.”

Members of 2020-2021 Landscape Ontario Board of Directors