From opening day, Mar. 14, to closing day, Mar. 23, crowds enjoyed the amazing gardens and displays at Canada Blooms. The fashion show of floral clothing was a big hit.

The annual event, from Mar. 14 to 23, continued its co-location with the National Home Show in the Direct Energy Centre. This year featured 24 feature gardens.

Toronto mayor Rob Ford arrived at the opening ceremonies to present a certificate from the city to commemorate the opening of Canada Blooms to co-chairs Arvils Lukss of Landscape Ontario and Mary Lou Tigert of the Garden Club of Toronto.

Something new at Industry Night this year was an auction to raise money for the Toronto Botanical Garden. Three major items were up for bid. The results were: Blooms Celebrity Lunch in the Heart of Toronto, Ron Holbrook, $1,400; Stratford Festival and Langdon Hall Escapade, Phil Charal, $1,600; and Quebec Getaway, Sheila Murray-Belisle, $2,400. HUB Sinclair-Cockburn provided generous support of the Industry Night event.

One blogger wrote, “The annual flower fest is shaking off the cobwebs this year with its theme, Wild. Don’t expect to see all those oh-so-sophisticated gardens laid out for dainty tea parties. The folks behind Blooms (the Landscape Ontario trade association and the Garden Club of Toronto) have set their minds on bringing nature home.”

The City of Goderich created an amazing garden this year to celebrate its renewal after the horrendous tornado in 2011. The town has recovered, and was at Canada Blooms with a garden to represent the countryside and shore of Ontario’s west coast. Goderich deputy mayor John Grace said, “This is a collaboration. This is all about marketing Huron County as an attraction.” Grace said the entire project has a budget of about $100,000.

A popular attraction at this year’s show was the collaborative effort of students from the Niagara Parks School of Horticulture, Halton Catholic District School Board and District School Board of Niagara to create the Backyard Habitat Garden for the Canadian Wildlife Federation. The next generation of industry members educated the public on how to garden with wildlife in a responsible and sustainable manner. 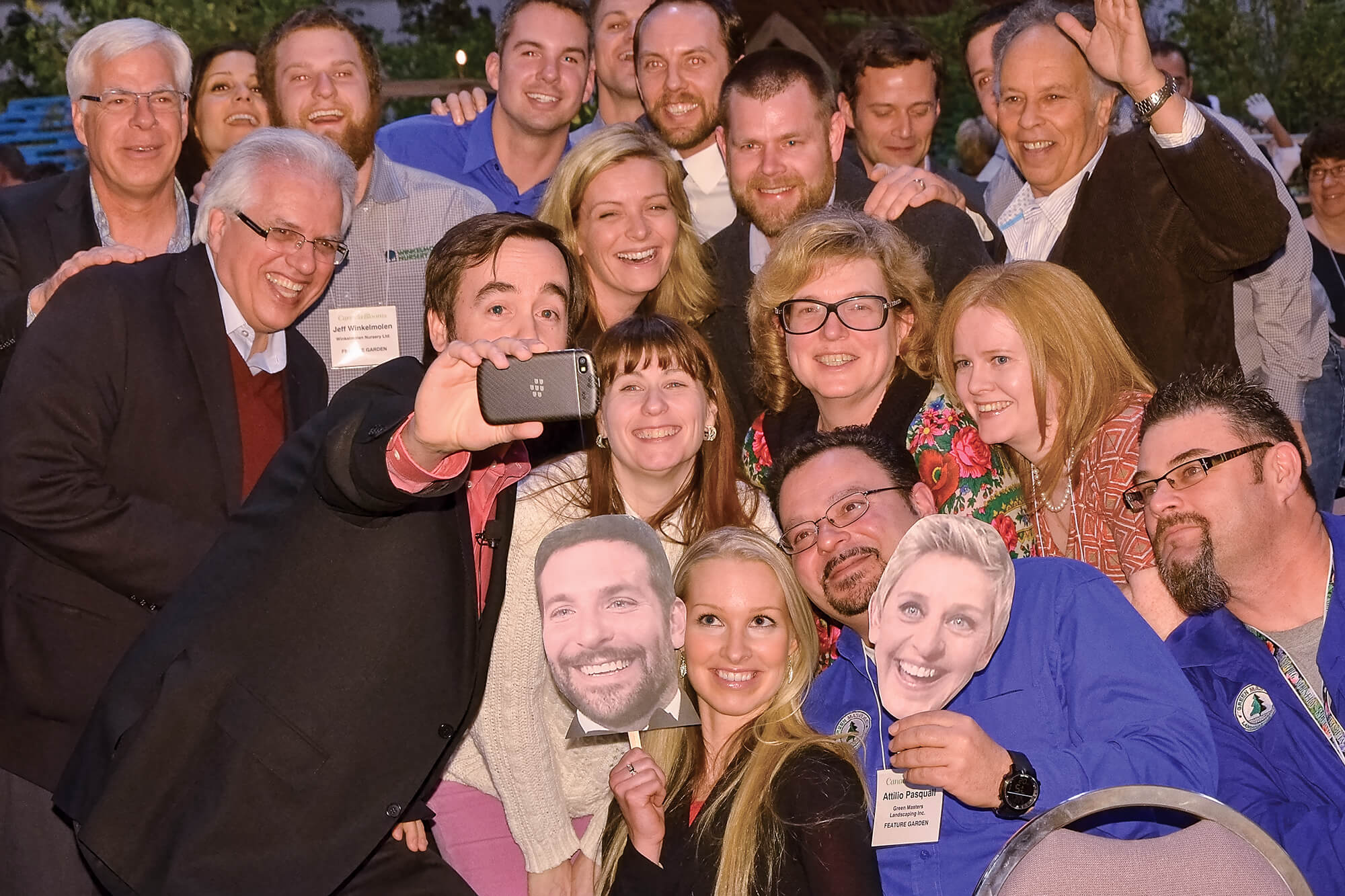 Taking a cue from this year’s Oscars, Landscape Ontario members gathered for a selfie on Industry Night at Canada Blooms. Flowers and plants that were on display at Canada Blooms were donated to residents of long-term care homes in Toronto.

See page 6 for a complete list of award winners.