Share
Tweet
Mail
The 2015 edition of Landscape Ontario’s Industry Auction became part of Thrive this year. For the past 36 years, the Growers’ Sector Group has hosted the annual event.

The auction raises money for horticultural research and scholarships. Items up for auction are donated by growers and suppliers.

On hand to welcome visitors to the event was Landscape Ontario president Dave Braun. He thanked all those who helped to make the Auction such a great success.

First time attendee to the auction, Lindsay Drake Nightingale of Yorkshire Garden Services in Concord, said, “I was so impressed with the high quality plant material and astounded at low prices that were winning bids.” She went on to say she would have purchased more plants, but she brought her half-ton and had no more space to carry anything more than the couple of skids she purchased. “I will definitely be encouraging our members to attend next year’s auction, not just for quality and price, but the money goes to such a good cause.” 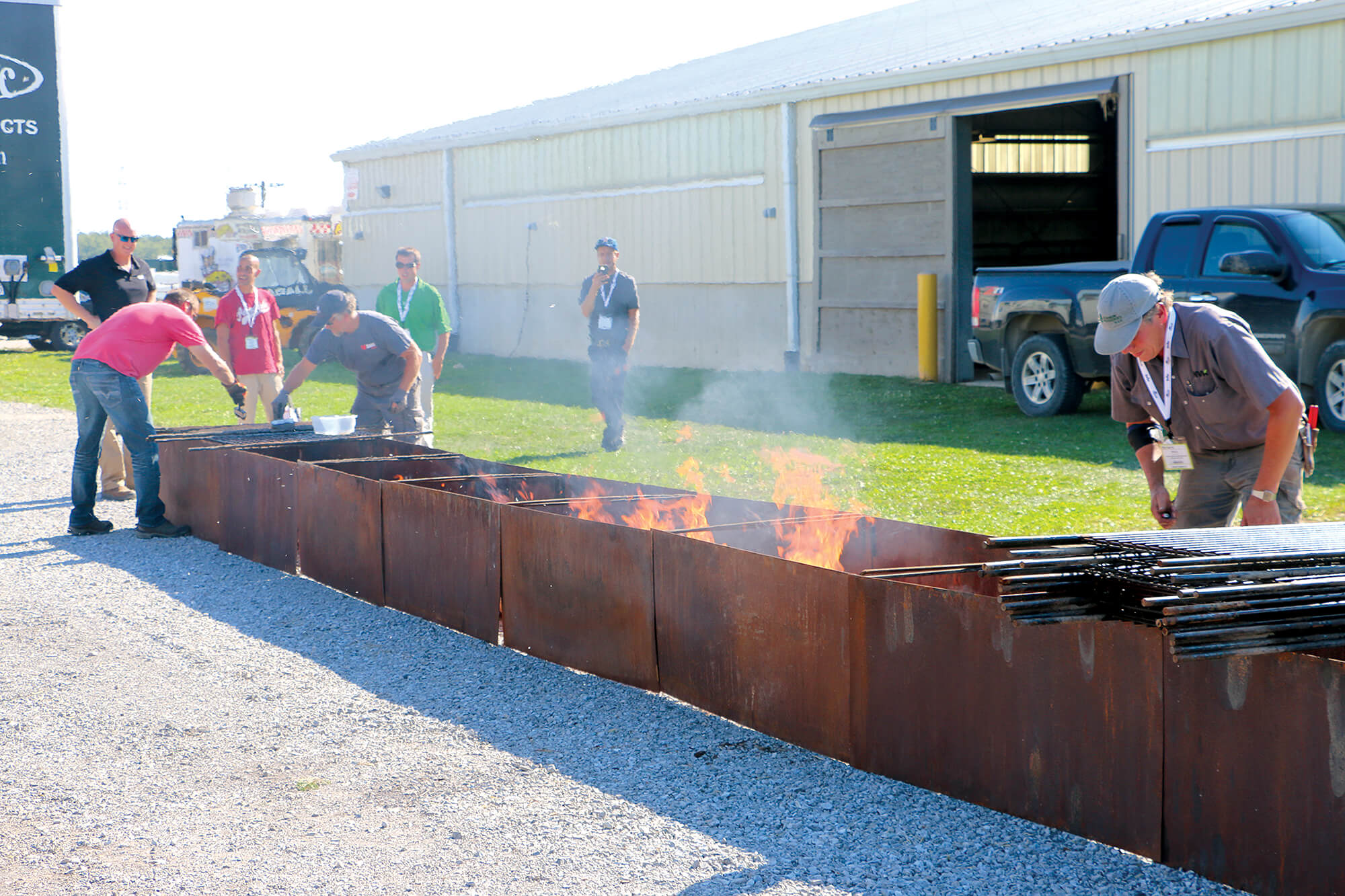 Back for another year was auctioneer Jim McCartney.  As always, he added his sense of humour and fun to the event.

A special bidders’ prize this year was a TV, donated by Plant Products. It was won by Mike Thomas of Hort Protect.