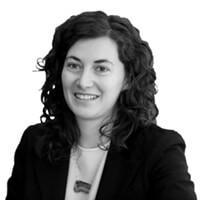 A recent private member’s bill put forward by MPP Norman Miller (Parry Sound-Muskoka) has proposed changes to the Occupiers’ Liability Act, which could have significant implications for personal injury claims made against winter maintenance contractors. In Mr. Miller’s own words:
“The main purpose of this Bill, if passed, would be to change the statute of limitations on slip-and-fall lawsuits on private property from two years to 10 days, the same as the time allotted for municipally managed property. This would entail that for both municipally managed and private property, no lawsuit can be issued after this 10-day period, with the exceptions of extreme cases specified.”

Miller told the legislature he was prompted to introduce the changes as a result of conversations with business owners and constituents, who told him they were concerned about frivolous lawsuits and excessive insurance premiums. Property owners and winter maintenance business owners complained they often face slip and fall lawsuits without ever having been informed that someone had slipped and fallen on the property.

As an example, Miller described a lawsuit that was started one year and 11 months after an incident, yet the first notice provided to the business owner was service of the statement of claim. By that point, it was too late for the business owner to ask staff to remember what happened, or to look for witnesses, and the business was thus disadvantaged in defending the lawsuit.
The proposed bill would amend the Occupiers’ Liability Act to add this clause:
Limitation period - injury from snow, ice
6.1 (1) No action shall be brought for the recovery of damages for personal injury caused by snow or ice against a person or persons listed in subsection (2) unless, within 10 days after the occurrence of the injury, written notice of the claim, including the date, time and location of the occurrence, has been served on one or more of the persons listed in subsection (2).

Those who are to be provided with written notice of a potential claim would include: occupiers, independent contractors employed by occupiers, and landlords.

There are exceptions. A lawsuit will not be barred for failure to provide written notice where (1) a person has died as a result of their injury, or (2) if a judge finds that there is a reasonable excuse for the lack of notice, and the defendant is not prejudiced in its defence.

MPP Miller’s proposed amendment is similar to other existing legislation that requires notice of a potential claim. For example, notice must be provided to municipalities in writing in relation to slip and fall claims on municipal sidewalks and roads. That notice requirement is not just for snow and ice claims; it applies all year round. Like the proposed amendment to the Occupiers’ Liability Act, there is an exception to the 10-day notice requirement where the plaintiff provides a “reasonable excuse” for the delay, and that the municipality is not prejudiced by the failure to give notice.

In practice, in cases involving municipalities, courts have been fairly lenient in granting relief from the notice requirement. Typically, relief is granted if the injured person had a serious injury, was in the hospital, was on medications, or required therapy and treatment, which prevented reporting the claim within the notice period. If Bill 118 is passed into law, it remains to be seen whether judges will take a stricter approach to granting exceptions.

Bill 118 has received a first and second reading in the legislature. It has been referred to the Standing Committee on Regulations and Private Bills for public hearings and consideration of amendments. Landscape Ontario has provided its support for the bill. The Ontario Trial Lawyers Association (whose membership largely consists of plaintiff-side personal injury lawyers) has expressed its opposition on the basis that the legislation will create undue red tape for those who are injured.
Visnja Jovanovic
Moodie Mair Walker LLP
Share
Tweet
Mail