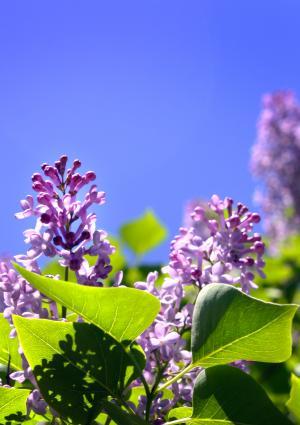 I have seen this scenario more than once: A young person starting out in business does well, increases sales and staff, flounders and then disappears. What happened, we ask? The short answer is, he did not manage success.

When we are starting out, we manage ourselves quite well. We have dreams and aspirations. We yearn for success and all that it entails. We manage hypothetically, and in that world of yet-to-come, there are no mistakes. If we are fortunate, success will not arrive too quickly or too slowly. Success has to be just right, like Goldilocks' porridge.

To the outside world, success is filled with all the trappings: money, prestige and power. Cadillacs, exotic condos and five-star dining. On the inside of the paradox, it is wrought with responsibility and confusion, unless…

Systems save thousands
Managing success is something that we have to prepare for. Perhaps my biggest mistake was to not hire a chartered accountant early enough in my career. I was always good with numbers and I managed the books for my company just fine. Then one day, I realized I was operating with the same accounting system at a million dollar in sales, as I had used when I was doing $50,000. My home-made system had no provision to split expenses or revenue into departments. I had limited ability to track funds, leaving myself open to fraud, and I was not keeping up with tax issues. Then one day, Revenue Canada came along and changed all of that. They said I owed $60,000. In desperation, I hired an accountant who put my books in good shape and reduced my tax liability by half. He incorporated my company, set up proper reporting and instituted checks and balances. He, in essence, got me to manage my success, at least on the accounting front. After everything was said and done, I realized I had engaged his services six years after I had required them. Some might argue that I was better late than never, but in the light of the day, a stitch in time would have saved nine.

The reason I mention accounting so often is simple. Without proper accounting, we are like a pilot flying a plane with no instruments. Sure, we can fly by the proverbial seat of our pants. We are good at that; but sooner or later we have to realize that we are no longer bush pilots and that we now are flying a 747 filled with many passengers. We need those instruments to keep us afloat.

Delegate, delegate, delegate
A second opportunity we often ignore as young entrepreneurs is delegating or sharing responsibility. There is a time in our lives when we can do everything, from selling to hiring to sweeping out the store. However, there does come a time when we have to share those responsibilities with others, and sometimes we have difficulty letting go. A friend of mine had a greenhouse business that was doing $4-million a year in sales. He would not delegate, to the point that when you phoned his greenhouse, no matter what time of day, he answered the phone.

Micro-managing is exhausting. I would ask him why he didn't let go, let others assume levels of responsibility. His answer was an honest and simple one: "I can't." He eventually reached a breaking point — one of those epiphanies when God gives us the choice of a heart attack, a total breakdown or allowing others to share the burden. My friend let go slowly, allowing others to do some of the tasks he had always done. It was difficult for him, at first. I reassured him that others will make good decisions, albeit different ones than what he might have done, but nonetheless valid decisions.

Slowly but surely, he moved himself from a do-bee to a manager. His success story writes itself. Today, his greenhouse is three times the size of what it once was.

Leadership: Not for everybody
Assigning responsibility to others is a major part of being a successful manager. Sometimes, the worst person to assign responsibility is your hardest-working employee. As strange as it might sound, hard-working employees do not always translate into good managers. I had a wonderful salesperson working for me. Loyal, dedicated, personable and could she ever sell. I allowed her to order the inventory for her area and to set the prices. This did not work out, because she set the prices at the point where she could sell, not where they made a profit. There is a difference!

Another hard-working employee never came to understand that to manage people, polite requests are preferred to loud demands. Sadly, there are people who never understand the requirements of a good manager. Those people are best left as line employees.

Stephen Covey (Seven Habits of Highly Effective People) points out that leadership does not belong to those who work the hardest, cutting the path through the jungle. Rather, leadership belongs to the person who climbs the highest tree and says, "We move in that direction."

Watch the yes-word
Another attribute of someone who has learned to manage success is understanding the distinction between saying yes and no. Most successful business people are people pleasers. We find it hard to say no, as our first inclination toward any problem is, "I can take care of that." We enjoy the challenge as much as we enjoy making people happy.

Here is the reality, for every 'yes' word we utter in a successful operation, there has to be at least five 'no' words to balance our scales. If you do not learn how to say 'no' early on in your career, it will cost you. "Can I have this for half price? Will you buy this from me? Will you hire my idiot nephew? Will you do my job tomorrow?"

I have seen business people, especially contractors, who say 'yes' to every customer, and then they spend their time running from job to job, putting out fires. The most successful contractors have a plan. They outline to their customers when the job will be done, and they spell out everything that is included and excluded from the price. If the customer cannot accept where he fits into the organizational plan, it is time to remove him from the equation. There is very little money to be made by starting many jobs and finishing none. There is good money to be made by those who remain organized.

I know of at least one contractor who would start every job he booked within a day or two. Of course, he could not finish that job, as he had to return to other work that was already in progress. I asked him why he did this and he said it was to ensure the customer was committed to him to carry out the work. I always thought the written contract with a deposit was the right way to manage a customer's level of commitment.

Details matter
Learning how to organize yourself so that you are most effective is not always easy. The question has to be asked: Is doing this task the most important thing and the best use of my time? I loved to climb into the back of a truck with the guys and unload trees and shrubs. And as important as it is, organizing the schedule so that you have all of your areas covered for the next two weeks is important as well.

If we ignore details, we pay a price. An increased overdraft at your bank to cover early spring is always arranged. Early booking of orders to receive maximum discounts is also something that is arranged, and not left to happenstance. Those are items that fall onto your desk and need to be addressed.

Whenever success arrives for a young entrepreneur, I always caution him to ramp up his attention to details. Details often slide away when one is busy being a success. Yet, it is the attention to those details that brought us the success. The chicken and the egg question has been answered. If you do not have a list of details that need addressing in your back pocket, chances are you have been overlooking those things that built your crescendo.

The best managers of success are always planning ahead, by weeks, months and years. They have a plan, a vision of where they want their company to be and more importantly, their plan includes the details of how they are going to arrive at their destination. Success is both a noun as in a destination, and a verb as in an action. Manage success to stay on the road to success.