Anniversary preparations are underway, to kick off at Congress in January. Landscape Ontario magazine is searching its archives to publish nostalgic annual highlight spreads through the end of next year.

LO’s first 25 years were documented in a special yearbook, available at www.horttrades.com/yearbook. Upcoming issues will cover each year from 1998 to the present. 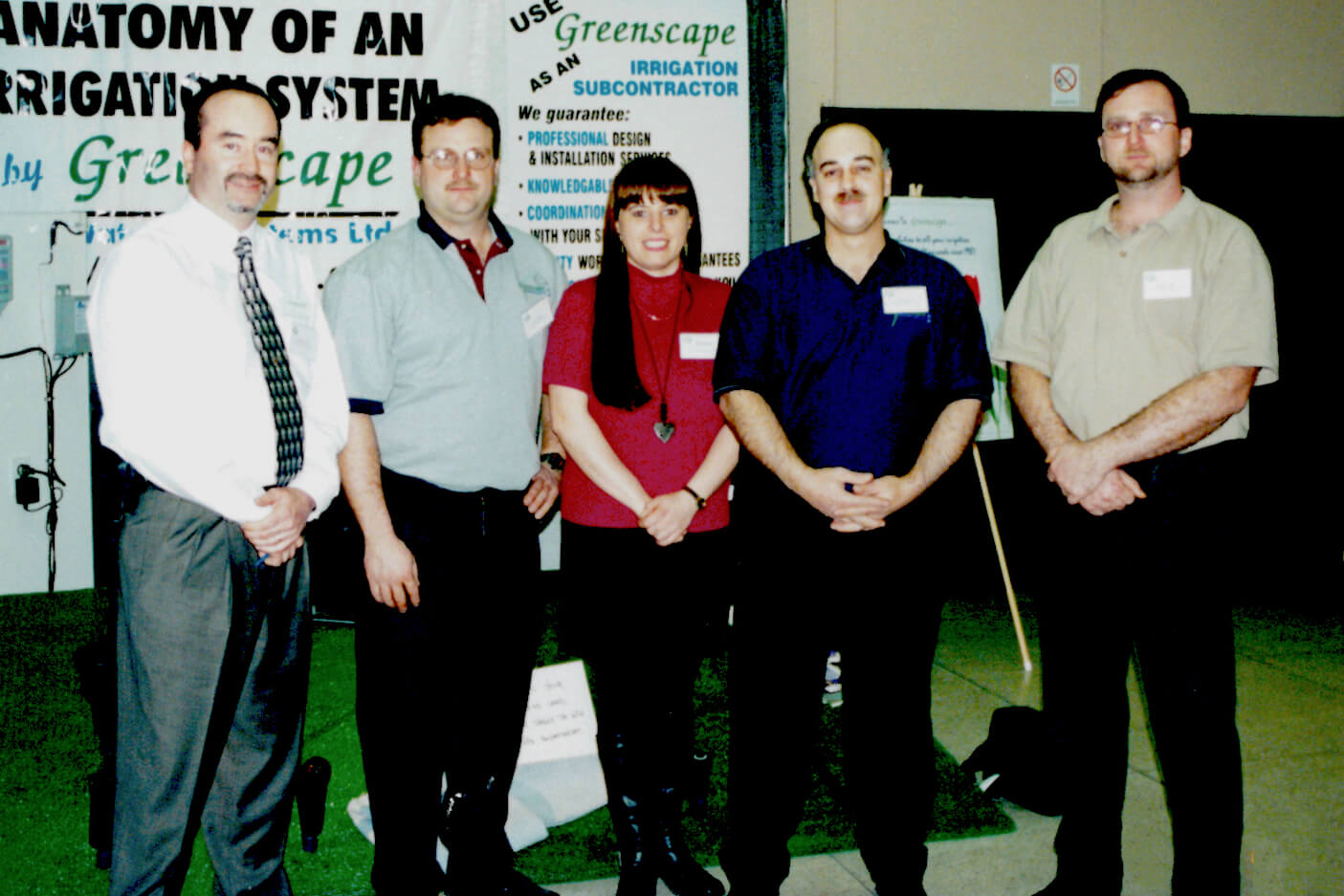 All of Greenscape’s full-time staff were on hand to man its booth at the Ottawa Chapter’s Horticultural Equipment and Trade Show in March. They are from left, Bruce Morton, Steve Koebel, Diane Porter, Rick Mowry and Marcel Zanth.

A survey of exhibitors at Congress 2000 led Landscape Ontario to determine there was a desire for a trade show in the fall.

The inaugural Garden Expo, which took place at the Toronto Congress Centre in September 2000, was strictly a buying show without keynote speakers, a conference, or feature gardens.

“Our survey clearly demonstrated a need for an earlier fall buying show,” said special events manager Paul Day. “We are confident most exhibitors will divide their presence between the two events.”

“I am very pleased with the show in its entirety,” Day said following Expo. “I have booked double the amount of floor space for Garden Expo 2001.” 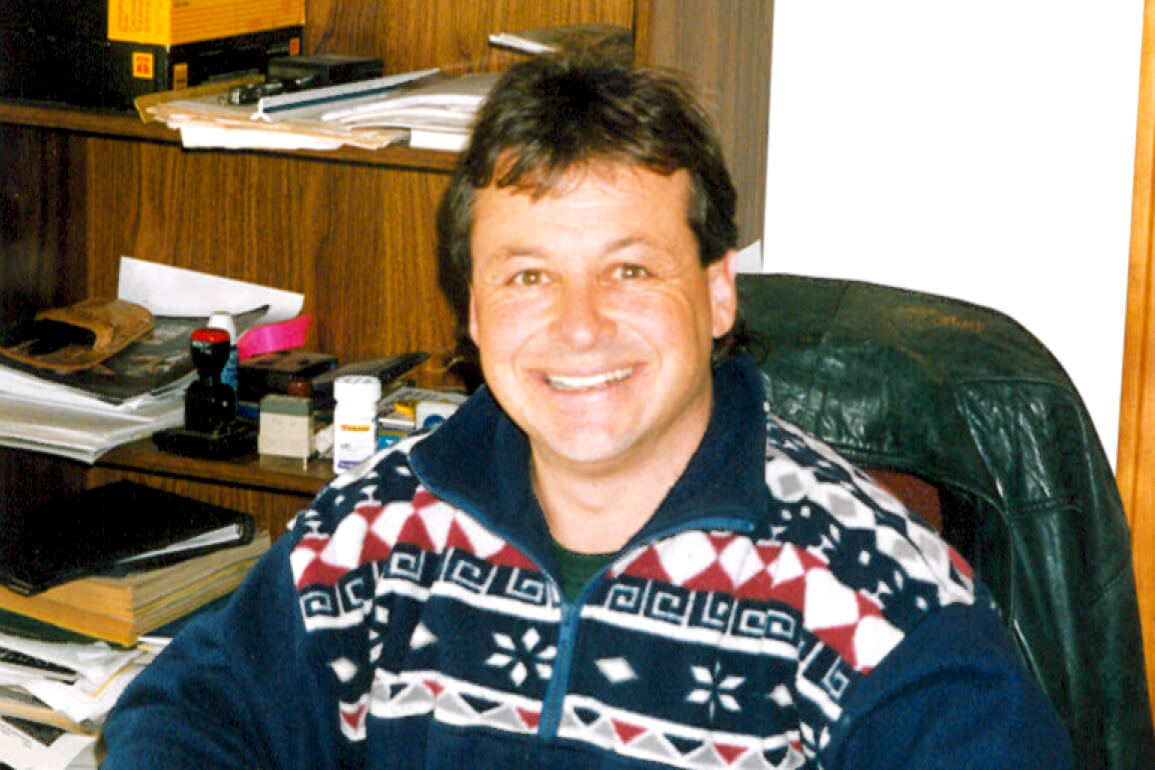 Rockwood Forest Nurseries was the subject on a feature story in the Jan. 2000 edition of Horticulture Review. Owner Marc Ouelett predicted, “The non-inflationary climate we have enjoyed over the past few years is about to change and the price of plants will have to increase.”

A shortage of skilled labour remains one of the biggest challenges facing the landscape industry.

Participating horticulture companies could hire a recent graduate at a wage of $13 an hour, and be eligible for up to $8,000 from the federal program, or $4.33 an hour for a maximum time of up to 1,848 hours.

Pleading with Horticulture Review readers to apply for the money was Terry Murphy, LO’s manager of education, training and human resources, and also a director and advocate of the OHHRC subsidy program.

Much to his disappointment, only 13 applications reached his desk in 2000.

“It is especially disconcerting for me,” Murphy said, “that for the third year in a row, I have several allotments of $8,000 ear-marked for the landscape industry, which I cannot give away to complete my quota.” 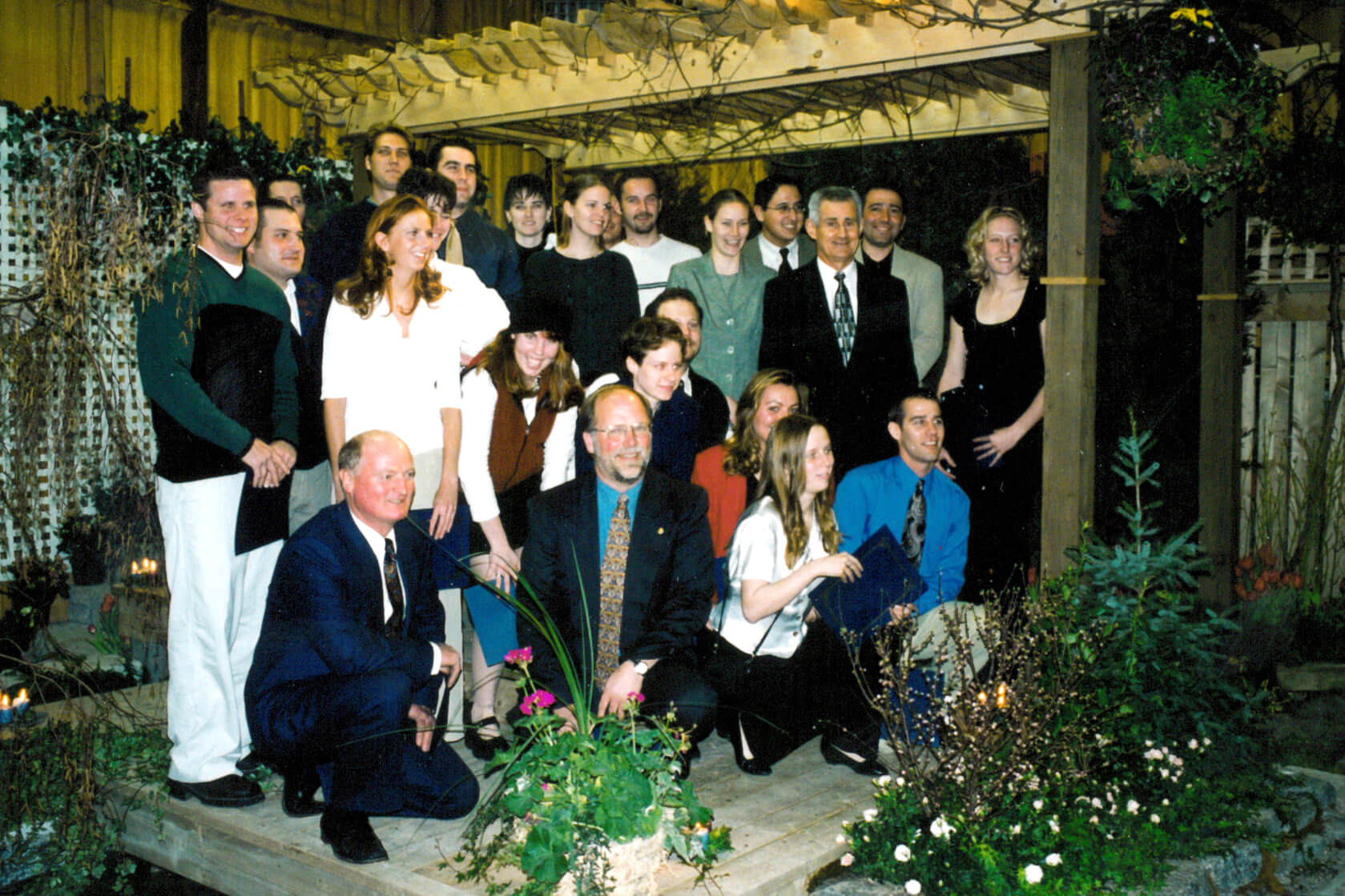 Landscape Ontario School of Horticulture held a graduation ceremony in March for the Rural Youth Training Program in Horticulture. The graduates and instructors gathered on the patio the students built at the LO centre in Milton. Instructors during the course included Vic Palmer, Terry Murphy, Tom Leedle, Denis Flanagan and Haig Seferian.

The overwhelming desire of Landscape Ontario members to “fight back” against the anti-pesticide message of environmentalists led to the creation of a new Pesticide Information Coordinator.

Filling that role was Wayne Roberts, who brought to the table more than 30 years of pesticide-related experience within the agricultural sector.

Roberts’ arrival occurred shortly after Halifax city council voted in favour of an outright ban of pesticides, and after Marlene Jennings, MP for Notre-Dame-de-Grâce—Lachine, tabled a private members bill to ban pesticides.

“There is much to be done,” Ken Pavely of Nutri-Lawn International wrote in Horticulture Review.

“What is needed most is a comprehensive strategy and model that all of us in the industry can use with confidence. Then, we as an industry might for once be able to worry about ‘normal’ issues and not one of outright survival.” 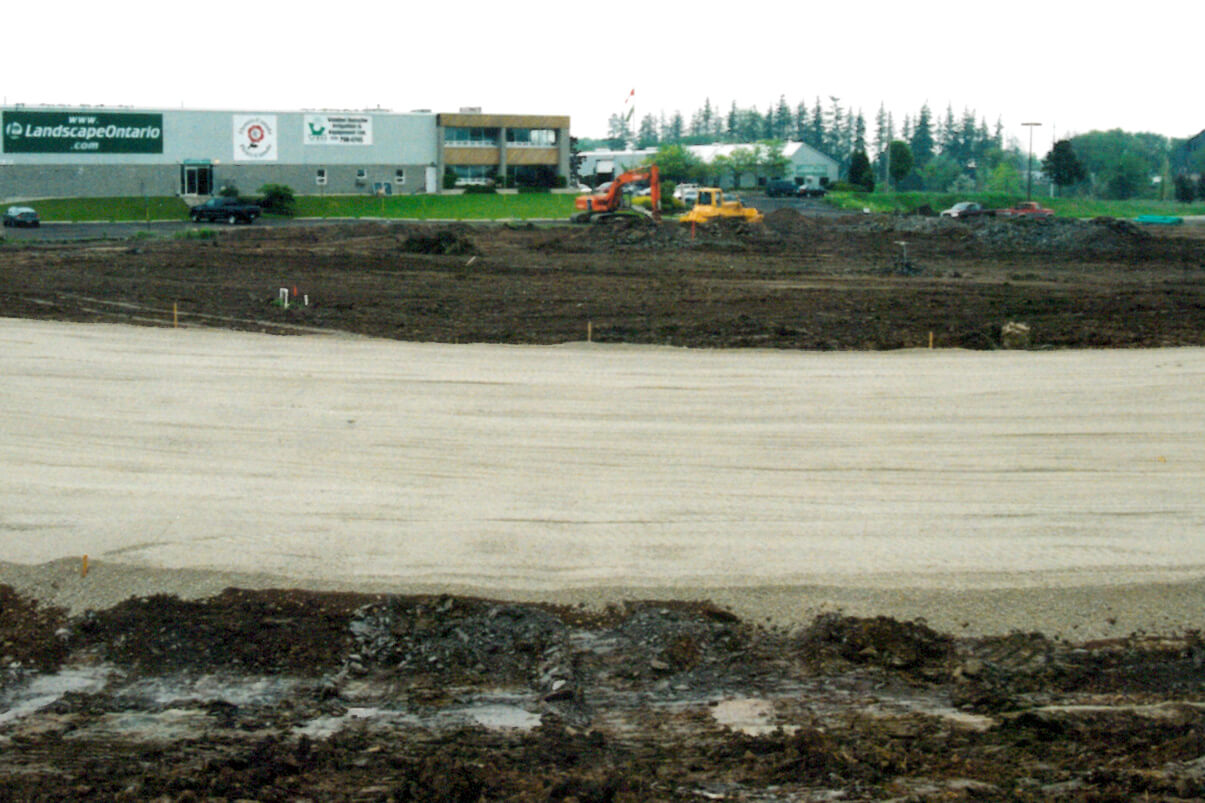 Work continued at the LO home office in Milton to create display gardens on the grounds. Plans called for select member companies to design, plant and maintain the gardens.

When WSIB premiums for landscape contractors soared to $9.11 for every $100 paid to employees in 1998, it was an expensive lesson that shocked ornamental horticulture into compliance.

The prevailing safety consciousness was rewarded by the WSIB in October 2000. Regardless of the category, landscape companies across the board were going to pay reduced WSIB premiums in 2001.

Further discounts were available through an LO pilot project, Safety Group, where select firms pool WSIB premiums and collectively receive rebates based on successful implementation of safety procedures in their businesses.