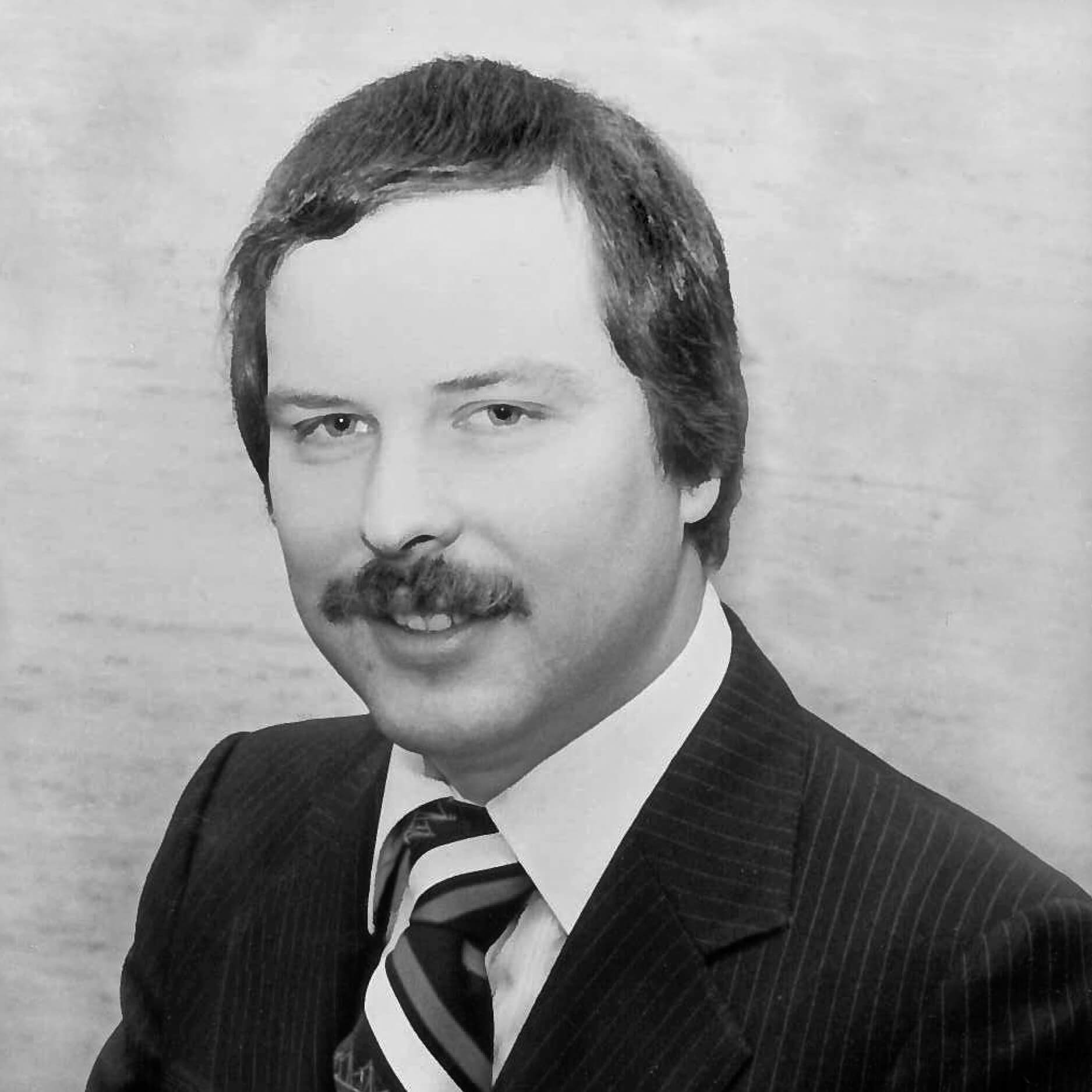 Karl Stensson
When Karl Stensson became president of Landscape Ontario, he brought youth and enthusiasm to a board on which many members were new to the process.

He wrote at the time, “This is my third year on the provincial board and it will probably be the one with the most changes. Five of the 10 faces around the table are new and it appears that both new and returning members are all eager to give their time and energy to Landscape Ontario.”

He was correct, as most of people on that board went on to serve the association for many years. Karl himself continued well into 2019 serving as chair of the LO building committee, which governed the major renovations at the home office in Milton.

The year previous to taking over the president’s chair, Karl took it upon himself to survey over 40 members on the state of the industry. The survey contained all areas affecting the industry, such as weather, garden centre sales, landscaping, maintenance, sales and labour. He stressed that more statistics were needed on the industry.

He said that his personal top goal for 1979 was to increase membership. A new ‘game plan’ was the LO Dollar Saver. It showed examples that demonstrated what members saved by belonging to the association. He noted that part of that goal was the formation and function of the newly-approved Waterloo Regional Chapter.

Karl remains proud of his work with Landscape Ontario. “We (LO) are the largest horticultural association in the world,” he says. “I have travelled to many areas and have seen first-hand our growth and success compared to many other countries.”

At the end of 1979, Karl wrote about the amount of sophistication that was entering into the horticultural industry. “I believe that one of the main reasons that even during times of ‘tight’ money and inflation the green industry is still on the rise. However, as I write the article, the prime lending rate at the banks has been raised (for at least the sixth time this year) to 14 per cent and mortgage rates have doubled in the last two years.”

In his final column as president, Karl wrote about the past year. He listed the many changes for Landscape Ontario during the year 1979. New staff members were added, the office was settled in Mississauga and new bookkeeping techniques were put into place.

He wrote that one thing over the year did disappoint him. “The issue of communications has been a topic coming up in various areas of the Association. Everyone is at fault: the office, chapter boards, members, the provincial board and myself.”

Years later, Karl said, “As president I was an ambassador for the association. It required a lot of travel.” He noted that the association provides great networking for people to learn from the many good people who are members. “If an association doesn’t have a large number of members who volunteer, then apathy sets in and the organization will falter.”

He also strongly believed that the industry needed to show people that landscaping and plants are essential and not discretionary.

Karl Stensson and his company Sheridan Nurseries have received so many awards during his 40-plus years of working in the industry that he would need many helping hands to carry them all. It has been well-deserved, as he provided a great deal of his time, energy and knowledge towards helping improve the industry he loves.

Karl began his work in the family business, Sheridan Nurseries, long before he graduated with his Bachelor of Landscape Architecture degree in 1973. “I began working in the garden centre when I was in grade eight,” he says.

After he graduated from the University of Guelph, Karl didn’t return to the family business. “I wanted to prove that I could make it on my own,” he says. He was hired by the City of Toronto as a parks’ planner. After a year there, he went to work for the City of North York as the coordinator of planning and design.
“In 1976, I received a call from the family with an offer I couldn’t refuse,” he says. The third-generation member of the Stensson family at Sheridan Nurseries moved into the wholesale sales division, later becoming the sales manager.

In 1984, Karl Stensson took over management of all Sheridan Garden Centres, landscape supply yards, as well as the landscape design department. He was named President of Sheridan Nurseries in 2009, and became CEO and President in May 2015.

That success can be measured worldwide in both business and in the number of awards garnered by the organization.

In 2013, AIPH President Vic Krahn said, “Sheridan Nurseries is a worthy winner of the top prize of this award, and to win it for two years in a row really shows how special this business is. I know the judges applied rigorous standards when scrutinising the nominations. These awards are a celebration of the very best in ornamental horticultural production, and I am delighted that we can recognise them in this way.”

“This is like winning the Stanley Cup,” said Karl Stensson, when contacted by Landscape Ontario magazine following the presentation.

Karl said for everyone at Sheridan, the AIPH award was a “testament to all the work we put into innovative new plant varieties each year, excellent human resource and educational policies, high quality and environmental standards, as well as our environmentally sustainable production policy and marketplace position. It shows we do more than just grow plants. It’s the whole package.”

Sheridan has also won Canada’s Greenest Employers Award, the first Canadian business to win the Operation of the Year at Greenhouse Grower’s Evening of Excellence at Cultivate ’15 in Columbus, Ohio, the Ontario Premier's Award for its environmentally friendly storm water management and irrigation system, voted one of Canada’s 50 best managed companies and recipient of numerous Landscape Ontario garden centre awards. In 2019, Sheridan was recognized as one of Canada’s Greenest Employers for the fourth consecutive year.

From a personal perspective, Karl Stensson is most proud of winning the University of Guelph Alumni Association (UGAA) Alumnus of Honour.

The award recognizes alumni whose contributions to the community, science, education, business, industry and the arts are so significant that they bring honour to their alma mater and fellow alumni. The award is generally given for lifetime achievement or sustained commitment to excellence.

He also received the Frank Ewald Jr. Award for outstanding industry contributions from someone under 30 years of age, and the Trillium Award for outstanding support of the horticultural industry and Landscape Ontario and an honorary life membership. Karl holds the distinction of being the only person to receive every major award bestowed by the Canadian horticulture industry.

In 2013, Sheridan Nurseries celebrated its 100th anniversary. A book by Edward Butts and Karl Stensson commemorated the occasion. Entitled, One Hundred Years of People, Plans, and Plants, the book contains history and vintage photos of the business. One reviewer called it, “A charming tale of history, creativity, natural inspiration and a love of gardening.”

With eight garden centres, Sheridan Nurseries is now the largest garden centre retailer with over 1,000 acres of land in its nursery operation.

Karl Stensson continued in 2019 to serve and lead his business and industry with passion and dedication.

Members of 1979 Landscape Ontario Board of Directors