John Somerville honoured for his lifetime of achievement

Share
Tweet
Mail
Friends, family and colleagues had the opportunity to honour the lifetime of work by John Somerville on Aug. 29 at the Riverwood Retirement Home in Alliston.

Many industry leaders stepped forward to acknowledge the great contributions by Somerville and the major role he played in the growth of the horticulture trades.

The tribute was organized by Doug Drysdale of Drysdale Tree Farms. On hand to honour John Somerville’s contributions to the forestry and landscaping industries were representatives from Landscape Ontario, the Ontario Forestry Association, Professional Foresters Association, University of Toronto, Trees Ontario and several other groups.

Landscape Ontario executive director Tony DiGiovanni presented a plaque to John Somerville on behalf of the association. “John has been an important contributor to the landscape industry.”

In a news article about the tribute, Fred Somerville is quoted as saying about his dad, “I think the main gist of the award is that he’s one of the private individuals who have forested more of southern Ontario than anyone else. He’s been selling trees here for 62 years. I don’t know anyone else in the private sector that would have been so instrumental planting trees in southern Ontario.”


Began as a lumber cruiser

John Somerville’s history goes back to the end of the war in 1948. Following his graduation from from University of Toronto with a Bachelor of Science in Forestry, Somerville started working for the family business, Peter Thomson and Sons Lumber Company, which had cutting rights in Algonquin Park, near Kearney. He worked as a “lumber cruiser” marking trees to be cut into logs.

Son Tom relates how his dad would travel to Toronto on his Harley motorcycle to visit his future wife Jean, who was still in school. In those days, the 300 km trip was a tough challenge on a meandering two-lane road. The couple married in 1950, and moved to Kearney, where they built a house. 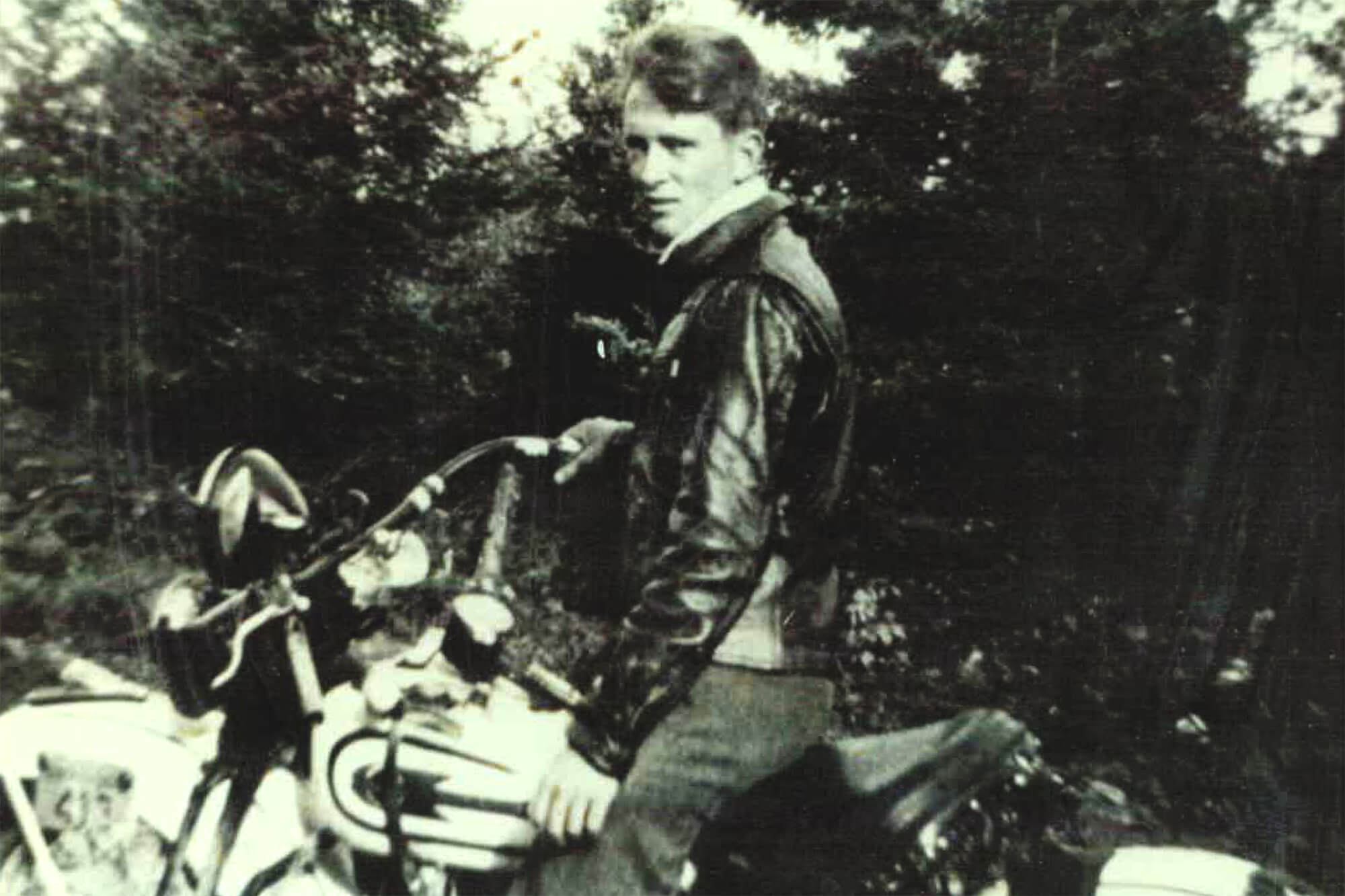 In 1950, John Somerville rode his Harley over some rough terrain. They have three children, Fred, Tom and Robert. Today, Fred is the president of Somerville Nurseries, and Tom is the coordinator of the Pesticide Technician Program through Landscape Ontario.

The year 1957 brought a move to Barrie, where John worked at company operations between Alliston and Kearney. He also became more involved in other operations, Creemore Holdings, and two 140-acre tobacco farms. At the time he also planted Scotch pine Christmas tree seedlings. In 1960, John took control of Creemore Holdings upon the death of his uncle Peter Thomson. A year later, he began cultivating trees for landscape purposes, and sold the tobacco rights, changing the name from Creemore Holdings to Somerville Nurseries.

Somerville Nurseries can boast of being the largest Christmas tree producer in Ontario. It is also a major supplier of landscape nursery stock. In 1995, the company began preparing to become a major producer of conifer and deciduous seedlings and transplants for reforestation and conservation plantings.

Somerville Nurseries sells over three million seedlings and about 130,000 Christmas trees each year. They are shipped all across Canada and the U.S.

Fred also related how his dad is a professional forester and supported the forestry association forever. John Somerville also worked to create the Christmas Tree Farmers of Ontario in the 1950s.

John Somerville is one of the pioneers who shaped the industry into what it is today. For a few hours on Aug. 29, that industry took advantage of the opportunity to acknowledge the fact.
A photo and mention of the special day can be found elsewhere in this issue in Tony DiGiovanni’s column on page 28.