Well known in the green profession for his Colorado-based estimating and consulting firm Vander Kooi and Associates and for launching HardScape magazine, Vander Kooi was a regular speaker at Landscape Ontario’s Congress.

“Charles Vander Kooi wrote his first seminar over 25 years ago on a plane to his very first speaking engagement,” his company website says. “An instant success in front of an audience, he made an impact on people when he coupled his true-life experience as a professional estimator and contractor with stand-up comedy and a little fire and brimstone. Since that first seminar, he presented over 2,000 seminars and averaged over 80 programs a year in numerous industries around the world … Charles was involved in the construction industry for over four decades as an estimator and upper management employee of companies as well as professional speaker and consultant. He bid over a billion dollars in work over his career. As a private consultant, he helped over 1,500 companies in their estimating and bidding systems and lectured over 200,000 people nationally and internationally. Constantly in demand, Vander Kooi spoke at an average of 80 trade shows, conventions and associations each year, teaching his philosophy across the United States, Canada, Latin America, England and Australia. He consulted with an average of 50 clients annually, assisting in and improving their performance. He authored several books to the industry and his seminars are available on audio as well as video. In 2003, he created HardScape magazine. For this, Charles envisioned a new magazine to serve as a resource providing a knowledge base for hardscape installation while also addressing the business needs of companies doing the installing.”

Vander Kooi is survived by his wife Hazel and two daughters. A memorial will be planned for April. 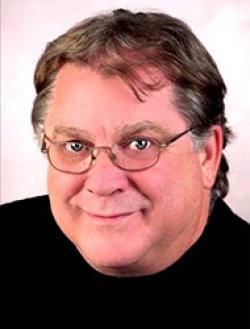