Jacob Foster earns valuable hours of hands-on training and work experience as an apprentice at the National Capital Commission.

Share
Tweet
Mail
Founded in 1959, the National Capital Commission (NCC) is a Canadian Crown corporation that administers the federally owned lands and buildings in the National Capital Region. Owning about 11 per cent of all land in the region, the NCC undertakes many development and rehabilitation projects of those lands with the mission of building a capital that is a source of Canadian pride.

In 2017, the year of Canada’s sesquicentennial, the NCC is already planning for Canada’s bicentennial in 2067, part of their role of long-term planning for federal lands. Their other principal roles include being stewards of nationally significant public spaces and being committed to excellence in development and conservation.

With such high standards and long-term projects in development, the NCC has found a synergy with the training opportunities available via the Apprenticeship Program. As a strong supporter of training and education for it’s employees, the NCC has been able to recruit young talent and ensure the succession of a skilled workforce that is able to simultaneously learn about their operations.

Mark Burleton, Manager of Grounds and Greenhouses at the NCC is also responsible for maintaining the Official Residences. Burleton says one benefit of training staff through the Apprenticeship Program is apprentices learn alongside knowlegeable and experienced staff.

“Apprentices at the NCC gain experience in historic gardens and greenhouses with high standards of horticultural excellence,” Burleon explains. “This experience will help them in the future, like attention to detail and sound horticultural practices.”

Jacob Foster is an apprentice at the NCC who is learning alongside some of the best horticulturalists in the country. Foster says the hands-on learning experience will give him the knowledge and the skills to be a well-rounded horticultural technician once his apprenticeship is completed.

Morgan Jackson is another apprentice at the NCC who also holds a degree in journalism from Carlton University. Jackson pursued a career in the horticulture profession as a direct result of working at the NCC.

“I began working for the NCC as a student after my first year of University and I just fell in love with getting to work outside,” Jackson says. “I loved the work so much that I actually felt sad the closer I got to the end of my degree because it meant I wouldn’t be able to work for the NCC anymore. One day I finally realized if working in the horticultural field is what I want to do, then that’s what I should do with my life.”

Jackson says the Apprenticeship Program was ideal for her because having just graduated from university, she did not really want to go right back to school as it would mean putting her life (and career) on hold for a couple more years.

“I was sold on the Apprenticeship Program because it allows me to continue my life as normal, but at the end of it I’ll have the certification in the field I love,” she says. 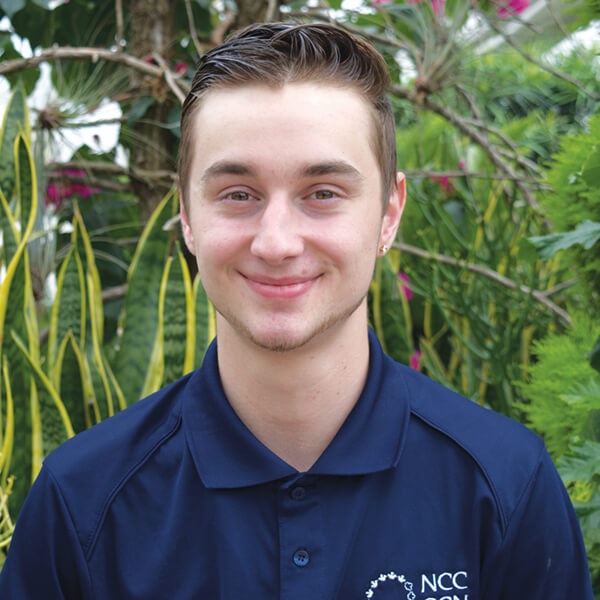 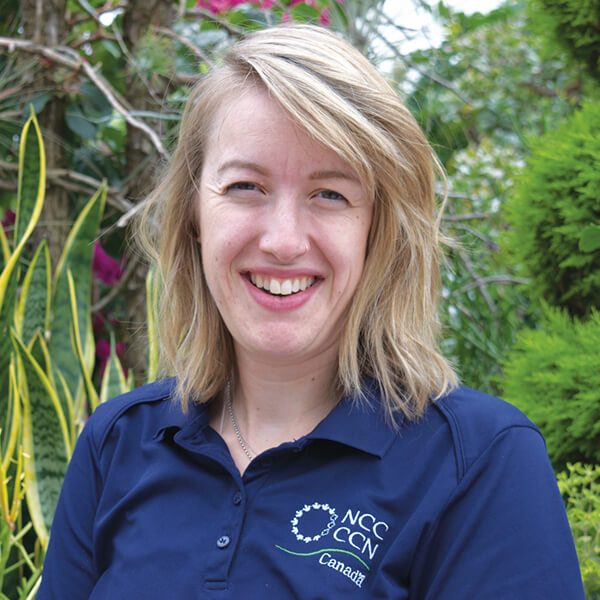 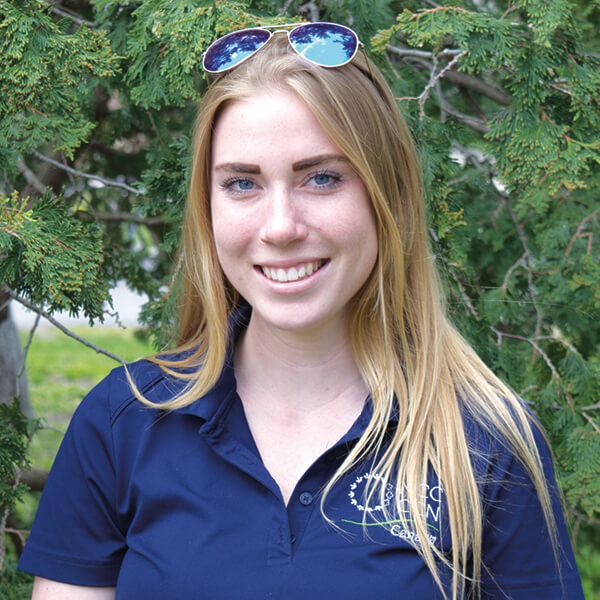 Getting to know the operation

Mark Dabrowski, Florist/Greenhouse Supervisor at the NCC says one major advantage of the Apprenticeship Program is the ability to train students on the NCC’s unique operation and situation.

Dabrowski says the program also allows the NCC to train students to meet horticultural standards as well. “This allows us to build a base of individuals that we can call on in the future who we know are versed in our unique operation,” Dabrowski says.

Dabrowski explains on a daily basis, apprentices may work on a variety of tasks. “Everything from working with the floral designers on special projects, watering, cleaning, propagation tasks, design input/training in the greenhouse, pruning, working in the greenhouse vegetable/cut flower garden, and setting up for events in any of the residences we support.”

Jackson says she has received constant support throughout the entire apprenticeship process and Foster credits his passion for horticulture as a direct result of support from his high school horticulture teacher, Alan Nason. 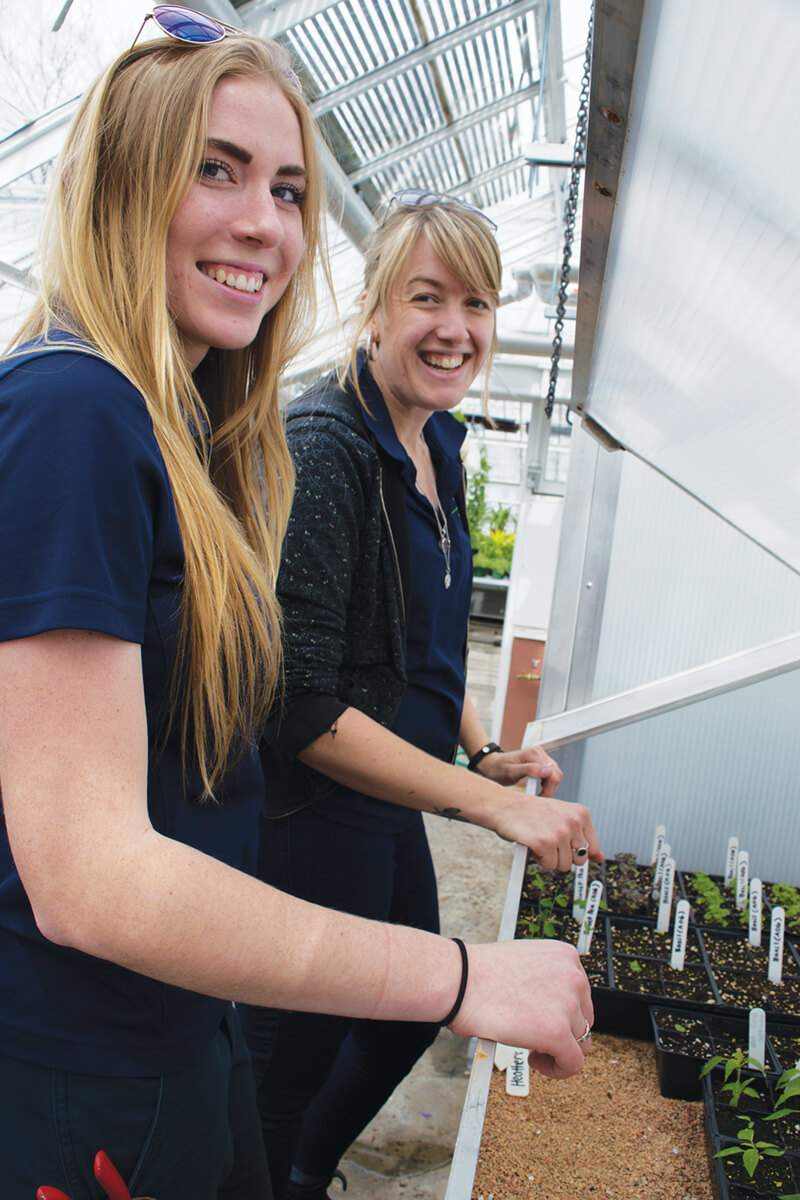 Morgan Jackson and Rachel Barrie at work in the greenhouse.

Planning for the future

With the NCC’s role of long-term planning for many iconic outdoor spaces, it only makes sense they would also have a strong succession plan. Burleton says participating in the program allows them to recruit young “budding” horticulturalist that help with the NCC’s succession planning. The same holds true for a business or organization as well.

One example of this is Rachel Barrie. Barrie completed her apprenticeship with the NCC and was hired on as a greenhouse technician. Barrie feels very fortunate to be in her role and says as a result of the apprenticeship, her skills and knowledge are already very in tune with the requirements of her job.

In addition to earning 5,400 hours of hands-on learning, the program requires apprentices to complete two 12-week in-class training sessions at one of five colleges throughout the province, typically in winter months.

Barrie says she enjoyed the combination of hands on experience with in-class training. “The in-class training taught the basics of all aspects of the horticulture industry, and I was really motivated afterwards to seek more learning opportunities in the areas that really interested me.”

Barrie says anyone starting out in the program should take the approach of treating work like school. “Ask questions, network and learn as much from your peers and employers as you can while on-the-job — it will benefit you in-class and later on,” she says.

Jackson says not having to return to school full-time is part of the reason why the program made sense to her. “You still get to work most of the year in the warmer months as normal, and then in the winter when you would go on EI or search for alternate employment, you just go to school,” Jackson explains. 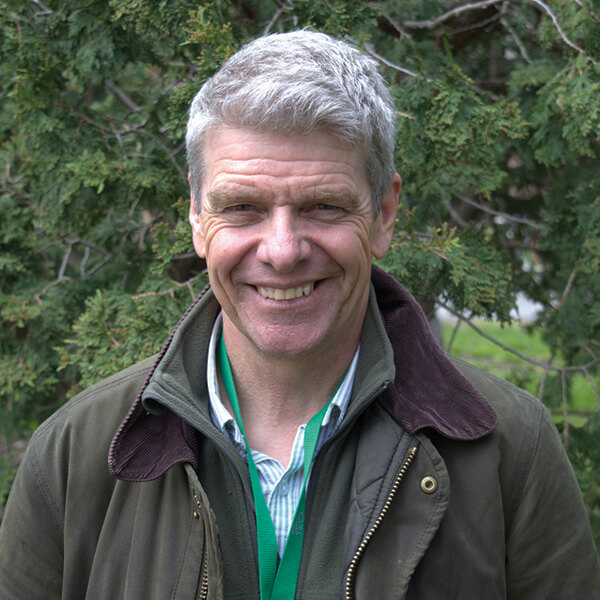 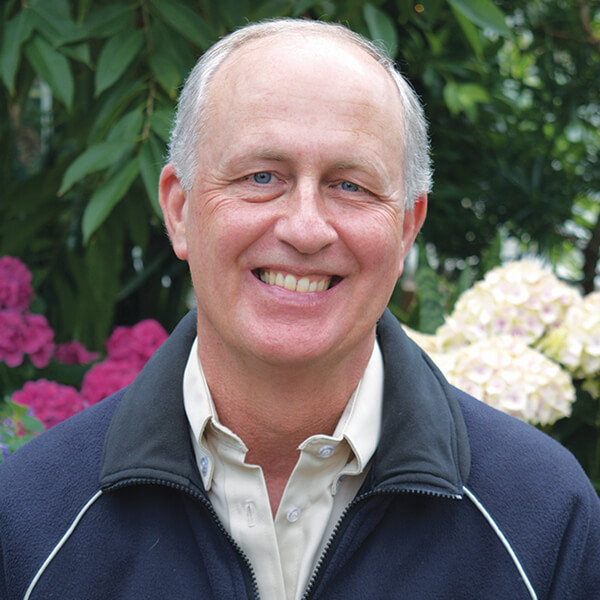 Jackson says another factor that sold her on the Apprenticeship Program is how affordable it is, including the grants available that helped her financially through the process.

Each apprentice has the the opportunity to collect $4,000 in grants and access to loans at the federal and provincial levels.

The cost of in-class training is subsidized by the Ontario government and costs about $650 for each of the two terms, plus books and tools. While enrolled in the program, apprentices must pay a yearly Ontario College of Trades (OCOT) fee of $67.80 and have access to additional subsidies for travel and childcare expenses.

Employers who have staff enrolled in the program have access to a potential $2,000 tax credit per year for each registered apprentice and a $1,000 bonus for each apprentice that completes the program.

Upon successful completion of the program, each apprentice earns a Red Seal Designation, a standard recognized across Canada.

For Jacob Foster, earning the designation will reaffirm the career path he has chosen. “I chose the Apprenticeship Program mainly because once I finish my apprenticeship, I will have industry recognition and a Red Seal that I would not have had if I went to college for two to three years,” he says. Armed with that, thousands of hours of experience working alongside seasoned professionals and formal in-class training, Foster will enter the profession confident he possess all the qualities employers will be looking for.