When times get tough 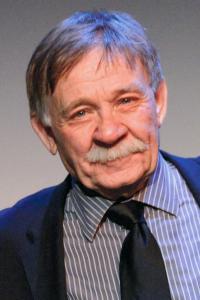 If you were raised by an old-school mother, when you complained she would remind you, Life is not always fair.  Our moms were right. We can make some things better if we want to do so. Or we can sit around and complain.

We are up against increased competition from the box stores and chains. The box stores are not relenting in their war to gain market share. Their sole focus is to find ways of lowering prices, even at the sacrifice of quality and service. We, independents, are only collateral damage as the big boys go to war.

We are up against the weather. Some years, spring is filled with sunshine and others, more rain than brightness. I never thought I would live long enough to see two years when my gross was higher in June than in May. Traditionally, my gross in May was between two and three times greater than June. In 2002 and 2004, it rained, and it rained, and it rained. It rained so much I was tempted to find Noah and his ark. That was the bad news. The good news was, I had incredible Junes followed by fantastic Julys in both of those years. The gardening itch needed to be scratched and it was, albeit delayed. I didn’t cut prices and I finished the year with full margins.  We find ways to keep going.

We have to deal with the economy locally and nationally.  As I am writing, CBC radio reports Calgary has a 25 per cent vacancy rate for downtown office space. That is a tough market. Many communities have been affected to varying degrees. No matter how the economy is running, we have to find a way of dealing with it. The boom mentality has all but disappeared for the time being.

Those companies that developed solid financial business plans, always watching their debt load, have performed better than those that did not. A prudent operator does borrow money, but only after considering the possible outcomes. I have known operators whose entire financial plan relied on the premise of ongoing increases in sales. They forget the words to the old song, “Those were the days my friend, we thought they would never end.”

Debt is a tool, just as is a skid steer loader. Before going into debt, always ask yourself, “How much work do I have to obtain to ensure this is a feasible choice?” Neither a new piece of equipment nor a loan is free. They will either make you money or cost you. Very little in-between.

Besides having a solid business plan, customer service and a low debt load, it helps if we are willing to reinvent the wheel every now and again. I can’t say we need to throw out the baby with the bathwater, but sometimes sales increase if we take a chance and change things up.

Before going into debt, always ask yourself,
“How much work do I have to obtain
to ensure this is a feasible choice?”

I wrote in a previous edition about The Italian Star Deli in Regina, that went from being a small, neighbourhood confectionary that sold a few imported food stuffs, to a full-service deli selling hundreds of sandwiches each day. A road to success story if there ever was one and the risk was not great. They already had everything to go into the sandwich business in front of them, and they took that leap. The leap paid dividends.

In my neighbourhood, we have the last of the 1950s grocery stores. Five thousand square feet, charge accounts, delivery service, phone service … everything right out of the Father Knows Best television show. There are no others left in Regina. All have closed except for Lakeview Fine Foods.

As with any small business, they have had to compete with the incredibly large Costco, Superstore and Walmart, selling groceries in a highly competitive price war. Their hands-on, personal touch approach has kept them around, but they realized they had to do a few things differently. They started selling local products that chains did not sell. Homemade pizza, meat pies, bread, muffins and locally grown veggies. They did not need a massive factory or grower to keep them well stocked. A small producer would do just fine. That helped to build business, and more people stopped in to pick up specialty grocery items.

Now, they have taken things to a new level. They always had a small and well-respected meat counter with an in-house butcher. Their ground chuck was such a good quality that many locals bought from them, including myself. They have made the decision to take this one step further.

They have hired an artisanal butcher who is preparing cuts of meat not seen around here before. This family run grocery store has a very good social media presence and they use it, quite well, to announce new products. Today, they announced the move to the artisanal meat department and featured photos of cuts that I have not seen before, except in Vancouver.

The large grocery stores no longer cut their own meat. It is all done in a factory and shipped direct to each store. Their meat department is actually shelf stockers, wearing white coats, nothing more.

Rather than compete with these chains on price and same old same old, Lakeview Fine Foods has made the division even sharper. I used to advertise, now and again, ‘When you are ready for the good stuff, come to us’ and this grocery store is doing the same.  They are saying, “We are not going to compete on tins of baked beans and loaves of factory bread. When you want the good stuff, come to us.”  There is a market for upscale groceries.


We can sell expertise

One by one, small businesses have left the marketplace, even if they had boomed at one time. Family greenhouses and neighbourhood hardware stores have all but disappeared as well as confectionaries and cafés. Owners had to sell their property as land only, as no one wanted the business. That is starting to change, and the independents are staging a come back.

The box stores are nothing more than copy cats. They are plagiarists. They have very little interest in trying new and untested products. They want to fill their warehouses with known sellers, and only known sellers. I wrote here last summer, a local Rona had a great price on impatiens, but only if you wanted pink. No other colours. Just pink. They stock lots of weed cloth but only the inferior quality weed cloth that lasts two or three years.

We have the people who know what they are talking about. Feature those people. Sell those people in your ads. At most box stores, not all, they have mostly tag readers. We know our strength, so we need to use it.  Forgive me for once again mentioning seminars for the fourteenth time  — they not only work, but they sell the public on our expertise.

Anyone can create low price in an instant; that is what the box stores do, they offer low price. But it takes real talent to offer quality, selection and service and that is where we still shine, and we need to charge for it. In boom times and not-so-good times, we need to stay out front with the best to keep us on the road to success. Your mantra this month is: Not everyone wants to shop at Walmart.
Rod McDonald owned and operated Lakeview Gardens, a successful garden centre/landscape firm in Regina, Sask., for 28 years. He now works full-time in the world of fine arts, writing, acting and producing in film, television and stage.