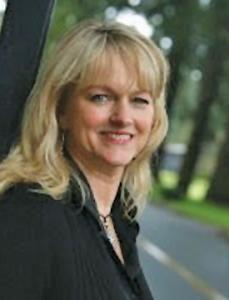 As designers, we harness our creativity to visualize a landscape that will fit the needs and budget of our clients. However, as much as we can see the design in our mind and on paper, there are often times during the installation process when we think, ‘This is not looking how I envisioned.’ Worse still, the design may not be what the client imagined.

Inevitably, we find ourselves tweaking, or even changing direction, during the build. Then there are the unseen obstacles like rock or buried oil tanks discovered during excavation that require new meetings, new ideas, and new solutions. Sometimes, changes are a result of just plain old designer errors or omissions. After the master plan is sold and the crew begins work on site, how often do you adjust or modify designs?

The wonderful thing about Congress and industry seminars is the chance to meet professionals with a wide range of experience. Over the past six months, I have polled landscape professionals from several companies. When I began, I wondered whether these talented designers were able to consistently produce flawless, no-change designs. That thought was quickly dismissed, as I learned that only the finished project can be perfect! What we do along the way is helping us get there, including revisions during installation.

“More often than not, minor changes are made during the installation of a project,” says Heather Horton of Landscape Effects near Windsor, Ont. “Thankfully, changes that require a complete re-do are very rare.”

Many planners at the Congress Landscape Designers’ Conference had similar opinions to share. Further, many contractors didn’t hesitate to admit changes are commonplace. They cited various reasons, including clients, surprises and design errors.

As a CLD, I’d have to agree. Designers must understand the business and that errors that cause delays are costly. However, even the best designers need to be ready to tweak plans during installation.

Jeff Hubble of Hubble Landscaping in Kawartha Lakes, Ont., has over 20 years’ experience in design/build. “Most changes are by customer request,” he explains. “Gas line and mechanical lines may result in planting locations to be slightly altered (from the plan).”


ROLLING WITH THE PUNCHES

Responsible for both the design and build of his projects, Hubble is comfortable with adjusting plans on the fly. When changes are needed — excepting unforeseen environmental issues —  he usually has only himself to hold responsible.

Since I was after a bit of drama, I approached some contractors who build for design partners. What do they do when their designer errs? Karla Sousa is in charge of sales at Duralock of Oakville, Ont. “We often use a designer who is very thorough, but when mistakes lead to changes during the installation, I should have caught it,” she says. “I try to go over the design very thoroughly before the crew goes out to make sure it goes smoothly.”

A very respectable approach. So… No drama there either!

STAY IN YOUR LANE

Well, I experienced an affront from an installer. Did I underquote deck posts? No, I’m good at decks. Did I spec a sugar maple two feet from a house? No, I know trees. I know about slope and drainage and foundations and roots. What I did was side with the client who wanted to keep some of her shrubs, you know, the nicer ones with lots of life left. My design included existing plants.

Unfortunately, the installer, also a designer, disagreed, insisting the existing shrubs had to go. The result was a very unprofessional confrontation (picture a 50-year-old man having the temper tantrum of a toddler). Now the drama pendulum has swung too far the other way, but there is a point to the story: What if an installer who also knows design is installing for a designer? Do changes in design occur during installation?

People are quick to assume it’ll be an ego bout when two designers are working together on a project; that’s the worst case scenario (Doesn’t that just take the soul out of our work?). The clients bought the designer’s plan, not the contractor’s opinion. The landscape designer has likely spent hours with the homeowners, looking at various options, making revisions and sharing laughs. The designer has listened carefully to everything the clients have said. This is what personalizes each design. This is what makes the designer’s ideas a little more suitable than the contractor’s.

The exception to the rule, of course, is when the landscape design includes a tangible error. Sousa had a great example. “We had a situation where an inlay paver was four inches, but the other paver was 2-3/8 inches. The designer spec’d it, but I should have caught that. At the end of the day, it’s the contractor’s job to make sure the design is something we can build. And it’s written right on the design, make sure you’re doing your due diligence and make sure measurements are correct.”

Back in Kawartha Lakes, Hubble also installs for architects, and while he has not had creative differences with design partners, he has experienced logistical challenges. That has led to Hubble standing his ground on the need for design changes when his experience told him problems were on the horizon.

“Last summer during installation we found we were short one riser in the set of steps we were building,” explained Trevor Twardawa of Niagara Outdoor Landscaping in Beamsville, Ont. And? Did you fire the designer? Yell? Say bad words? Throw things? “Not at all,” Twardawa laughed. It was a lesson learned for everyone.

During my research, I found that politeness and political correctness abounds. Somewhat satisfied with the harmonious replies received from all areas of the industry, I was still on the hunt for something definitive. Enter Rod McDonald of Saskatchewan, regular contributor to Landscape Trades, retired garden centre owner extraordinaire with over 28 years in the biz. As readers, you know he shoots straight from the hip, writing must-read articles every month. Faithfully, he was at the Designers’ Conference.  I approached and asked, “How often do you make changes to your plans once the crew is on site?” MacDonald’s wise, knowing eyes twinkled, and he said, “As soon as the shovel hits the ground. Every time.”

Audriana VanderWerf is an Ontario-based landscape design pro and a Certified Landscape Designer.