When Fiesta received Canadian registration in spring of 2010, there was not a lot of information available on its efficacy on common Ontario lawn weeds.

Some of my duties include validation of turf research for our local conditions. Based on preliminary research in the fall of 2009 on Fiesta, when we were only able to make a single application, we found there was significant re-growth of dandelions at the 200, 400 and 800 mL per 100 sq. m. rate. The re-growth of black medick after one application of Fiesta in the fall was rate dependent and the highest rate (800 mL per 100 sq. m. had the least amount of re-growth, and the lowest rate 200 per 100 sq. m. had the most re-growth). There was very little re-growth of narrow-leaved plantain, regardless of the rate of Fiesta.

In 2011, we initiated a tagged trial of individual weeds of common chickweed and patches of prostrate knotweed (30 of each species) and performed a similar trial to the one conducted in 2010 to determine the susceptibility to Fiesta where ten weed frames received one application of Fiesta, ten weed frames received two applications of Fiesta and ten were left untreated. Fiesta was diluted according to the label (one part Fiesta to 24 parts water) and applied with a backpack sprayer until the weeds were thoroughly wet. The percentage of weed cover within the weed frame was estimated visually and recorded at each rating date. Only the data from July 11, 2011 will be reported, because it represents that collected after the two applications of Fiesta. 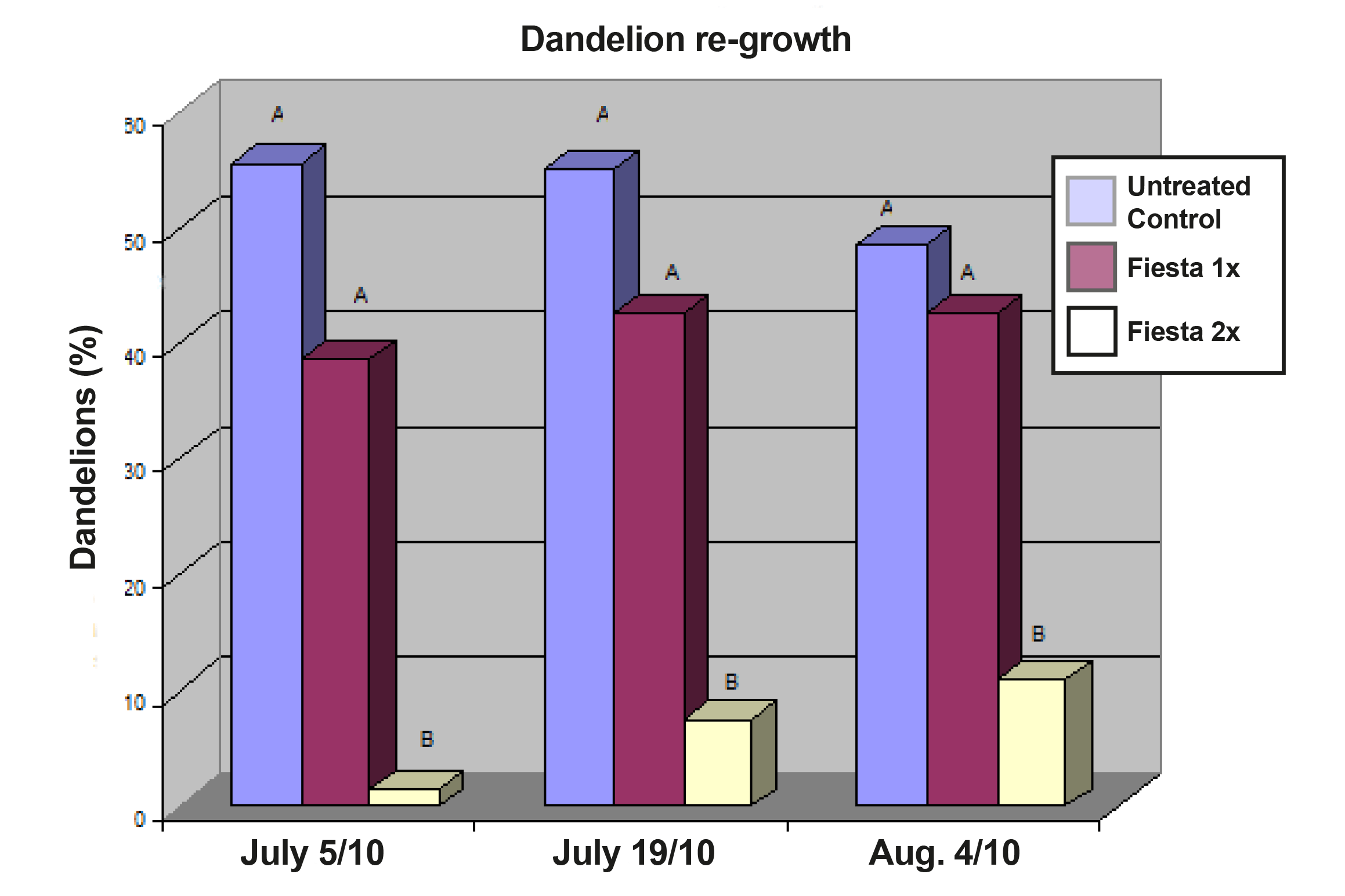 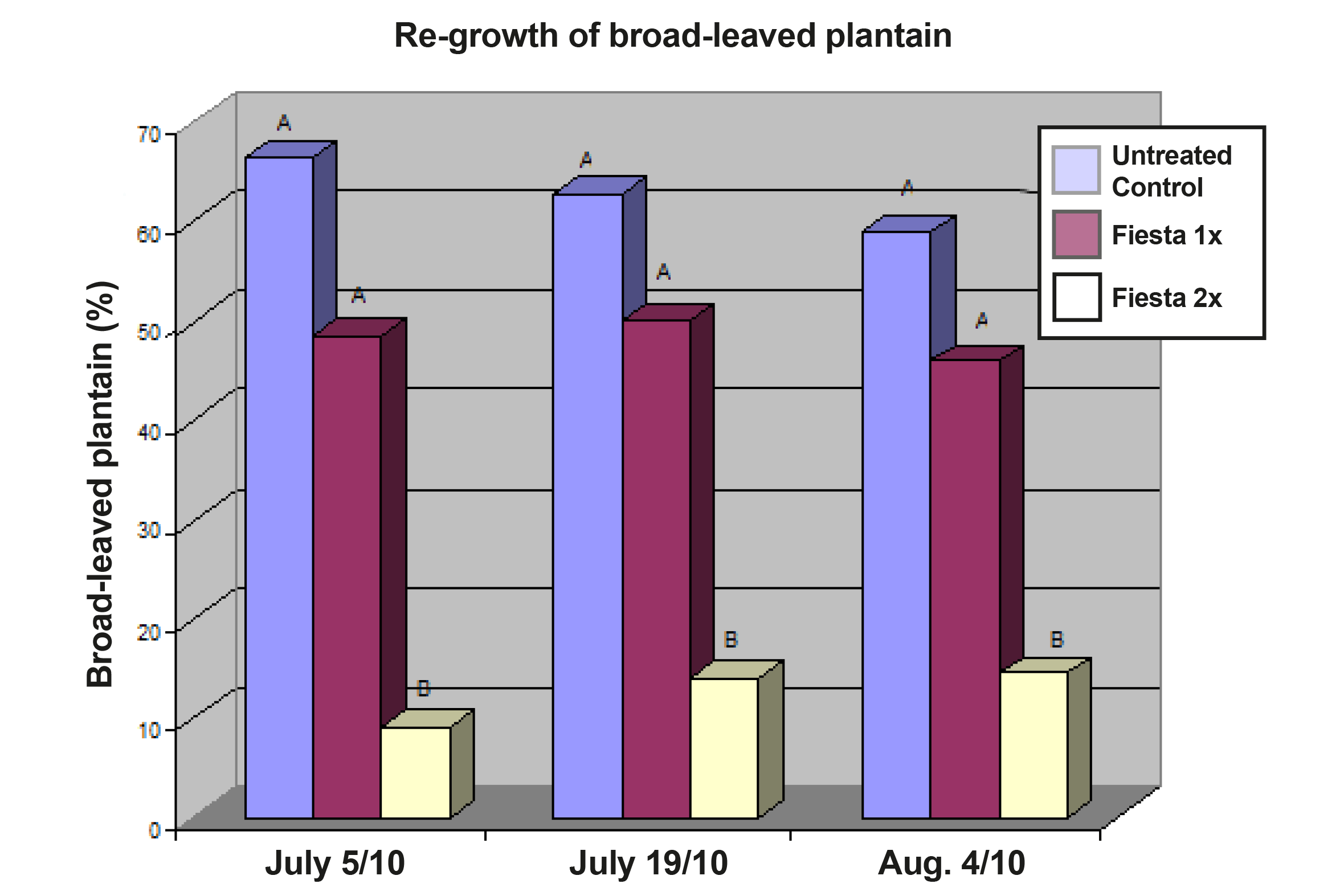 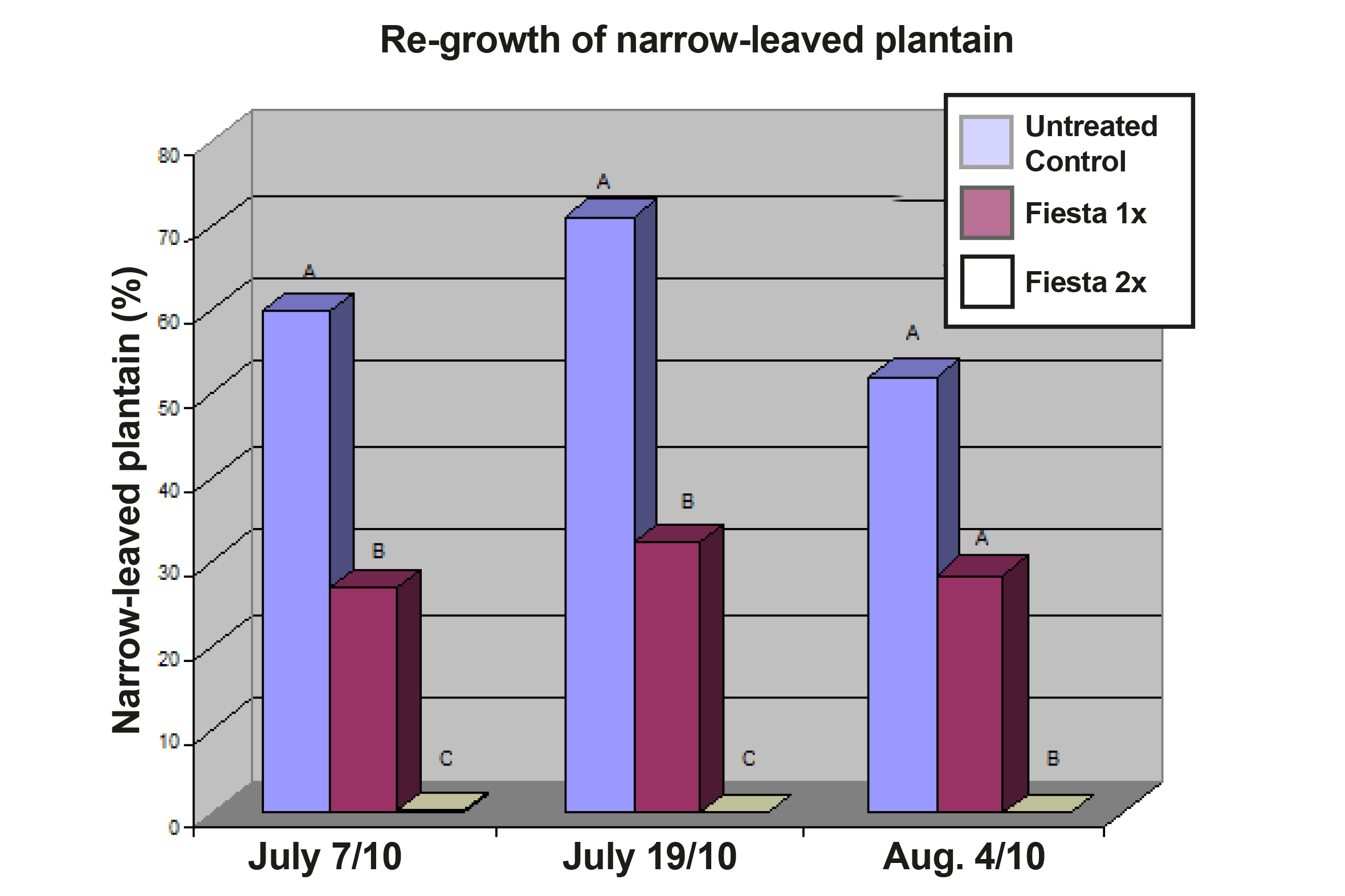 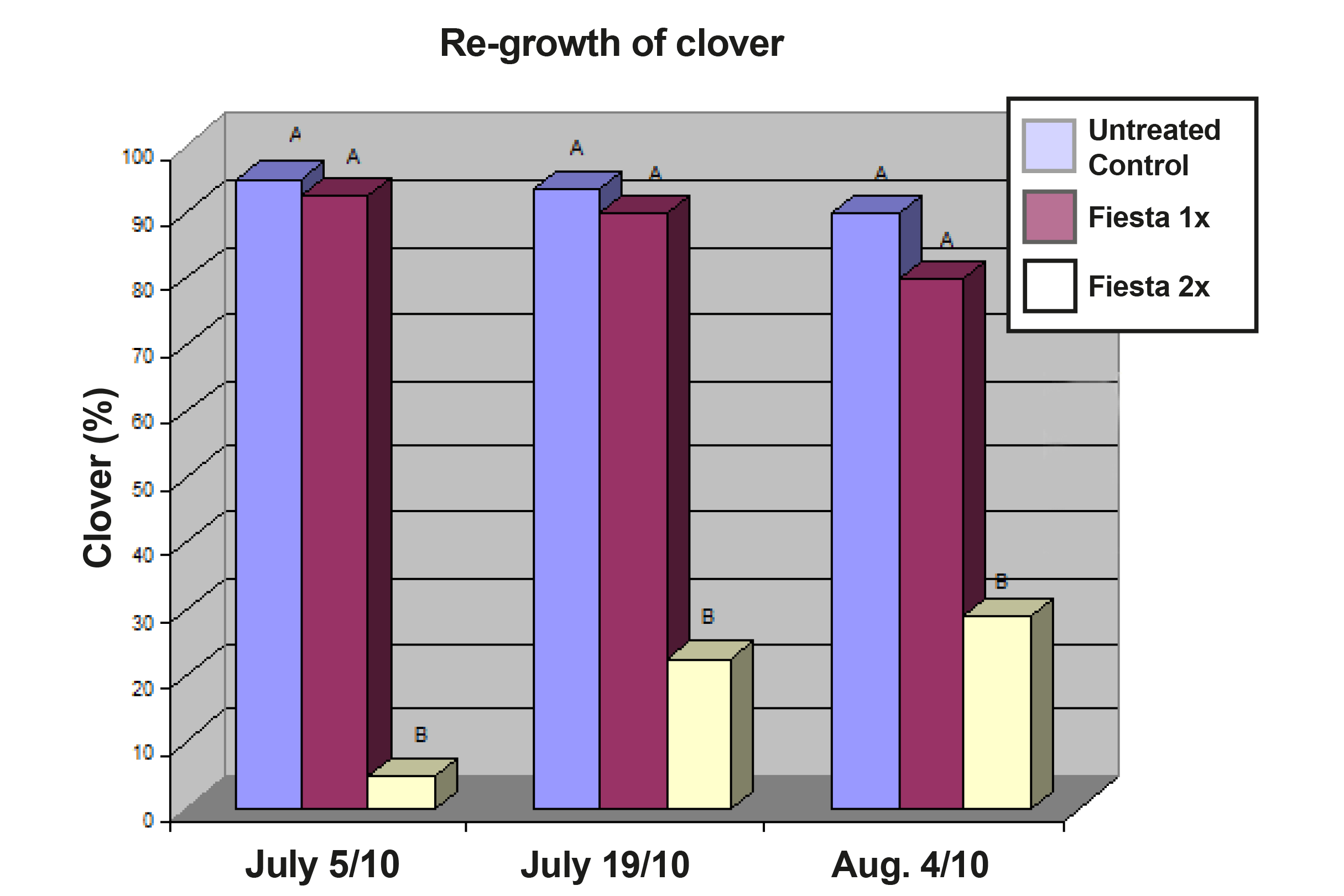 Figure 4. Re-growth of clover with one or two applications of Fiesta, compared to the untreated control. Again, results of the individual clover squares were similar to the broad-leaved plantain. One application of Fiesta on clover had almost no effect at all on the percentage of clover within the frames (Figure 4). One week after the second application of Fiesta, the per cent of clover was significantly reduced, but at the time of the final rating date (Aug. 4, 2010), the clover had re-grown to just under 30 per cent cover, which is a 68 per cent reduction of weed cover from the untreated control.

In 2011, it was demonstrated that two applications of Fiesta were necessary to control both prostrate knotweed and common chickweed, but that the control was much better on the common chickweed. As with all of the weeds tested in 2010 and 2011, with the exception of narrow-leaved plantain, two applications of Fiesta were necessary to control dandelion, broad-leaved plantain, clover, prostrate knotweed and common chickweed. Even with the two Fiesta applications, these weed species are not completely eliminated from within the weed frames. This demonstrates that control of these weeds may take more than two applications per season, or more than one season. Pam Charbonneau may be contacted at 519-824-4120, ext. 52597, or by e-mail at pamela.charbonneau@ontario.ca.
Share
Tweet
Mail