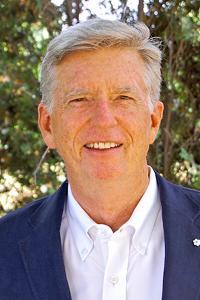 Trees for Life is a new national charity committed to mobilizing, empowering, and inspiring tree planting initiatives across Canada. It stems from the success of the Highway of Heroes Tree Campaign, a program that saw two million trees planted in honour of Canadian servicemen and women.

Landscape Trades editor and publisher Scott Barber interviewed Trees for Life’s volunteer president Mark Cullen on an episode of the Landscape Ontario Podcast. In their conversation, Cullen talked about the charity’s goals, its connection with Canada’s two billion trees commitment, and why landscape horticulture professionals are key to its success.

Tell us about the Highway of Heroes Tree Campaign.

The Highway of Heroes Tree Campaign has been an incredible experience. We are very proud to say that we have reached our fundraising goal of $10 million, and we are on track to plant the two millionth tree in 2022.

The Highway of Heroes is the 170 kilometre stretch of Hwy. 401 between CFB Trenton and the coroner’s office in Toronto. It’s a significant route because it’s the way each Canadian who died in the Afghan conflict travelled when they were brought home. As many Canadians will remember, the Highway of Heroes became a very special memorial, as thousands of people came out onto bridges and overpases with flags to pay tribute to fallen soldiers.

Our idea was to honour Canadian servicemen and women by planting trees along the Highway of Heroes. The goal was to plant 117,000 trees, one for each Canadian soldier lost at war. Then we expanded that idea to add an additional 1.8 million trees, representing the number of Canadians who have served during wartime. So it became 1.8 million plus 117,000, for a total of two million.

We didn’t know how long it would take to raise $10 million and plant two million trees because we’d never done it before. In fact, a living memorial of this scale had never been done anywhere in the world. But fast forward to the spring of 2022, and the campaign has been fully funded and we are planning to plant the final tree - number two million - during Remembrance week in November.

What is Canadian Trees for Life?

We are so excited about where we go from here. We’ve got momentum. We’ve learned so many lessons. We started with nothing but an idea and it grew, and it really is thanks to all the countless people out there who joined in by coming out to tree planting events, or making a donation to honour their grandfather or their aunt. And also to all the landscape and horticulture professionals who provided trees at cost, or who donated materials or labour in kind. They were all critical to the success of the campaign.

Now we are taking the campaign national with Trees for Life, and our mandate is to plant trees in the urban environments where we live, work, learn and play.

So if you’re reading this anywhere in Canada and you are planting trees that are going to benefit the public, we want to hear from you. We want to help.

We are pleased to say we have received support from National Resources Canada through the two billion tree program. We recieved funding in 2021 which enabled the planting of 275,000 trees. We are very proud to be part of the program, and we hope to recieve support once again this year.

Partnerships with landscape and horticulture professionals are also key. The Highway of Heroes saw incredible support from Landscape Ontario members. Now with Trees for Life, we’re expanding our message to members of the Canadian Nursery Landscape Association.

We would love to hear from landscapers, growers, retailers, landscape maintenance professionals, and really everyone in the horticulture profession. We want you to be part of Trees for Life.

A lot of our business model is built on in-kind donations. I want members to know that if you can sacrifice a day or two of a crew to come out and help us plant trees, if you can bring a skid steer loader, a dump truck load of mulch, or if you can donate trees because you’re a grower or if you have an excess inventory, we really want to hear from you.

Trees for Life partnered with the University of Guelph to plant 700 trees in 2021. What lessons have you learned from the Highway of Heroes that you can apply to Trees for Life?

One of the things we learned was that Canadians are prepared to invest in trees when they honour someone important to them. Maybe it’s an aunt or an uncle who fought or was involved in the Second World War or the Korean War. Maybe it’s somebody that’s long gone and maybe was connected to the military during the First World War or even the war of 1812. You’d be amazed by the stories we’ve heard.

The lesson is that Canadians will invest in trees to benefit the environment, yes, but an even more powerful message is investing in trees for people. And right now, as we come out of the last phase of COVID-19, we reflect on the fact that 32,000 Canadians have died, and that over three million Canadians have served in a variety of ways.

I’m thinking of the health care providers, teachers, front line workers, first responders and all the people who stepped up to support their communities during the pandemic. I think we’re still dealing with the loss we’ve experienced, and what we want to do is provide an opportunity for every Canadian to make a donation to plant a tree in honour of a hero in their life.

It’s great that we say thank you to our front line workers and first responders with bus boards and signs on our front lawns. But a tree is a living memorial that will last for generations.

Who are some notable individuals contributing to these campaigns?

There are a lot of people connected with Canadian Trees for Life and the Highway of Heroes Tree Campaign who have been amazing inspirations.

Canada’s former Gov. Gen. David Johnston and his wife Sharon, the honorary Captain of the Royal Canadian Navy, have been extraordinary. They joined us as honorary patrons on the Highway of Heroes while David was still the governor general of Canada.

Another inspiration is Corporal Nick Kerr. Nick served two tours of duty in Afghanistan with the Princess Patricia’s [Canadian Light Infantry] and he saw nine of his friends die in the campaign. Nick has been our honorary military patron from just about the beginning, and he says he deals with his PTSD by planting trees. Every time he digs a hole and puts a tree in the ground he says to himself, “This one’s for you, buddy. Where life was taken away, I’m putting life back.”

Where should people go if they want to learn more and participate?

I hope people will visit our website at treesforlife.ca to learn more about how they can get involved. Public tree planting days will be posted online. If you want to put up your hand, just go to “contact us” and send us a message. We’re checking it all the time.

Without the enthusiastic participation and partnerships that we’ve had in the past with landscape professionals and nursery growers, we would never have succeeded. We want to thank everyone who has supported us so far: we couldn’t have achieved our goals with the Highway of Heroes Tree Campaign without you. Now, as we move onto the next chapter with Trees for Life, we cannot wait to make even more connections from coast to coast. Let’s do this together!