Longevity in business comes from understanding the needs of your clients and building a team that can provide those needs.

Those are just two of the reasons D.B Maw Landscaping has been successful over the past 25 years and counting.

Understanding clients’ needs means more than just knowing what they want the finished project to look like, explains owner Dale Maw; it also means thinking about how your work process will impact your clients.

“A lot of clients have said that they’ve used other contractors and they’ve sort of been there all summer,” Maw explains. “The project drags on.” By contrast, D.B Maw only works on one project at a time. “We get in, get the job done and move on to the next one.”

Maw says clients like to know they won’t be looking at — or moving around — a large landscaping project all summer. This is particularly important in Muskoka, where D.B Maw is based, because the cottage season can be extremely short.

Maw’s team makes a point of making sure a project is completed before moving on full force to a new one. If there is overlap between two projects, it is minor.

“We’re not spread thin at three or more job sites,” says Maw. “For 75 per cent of the project, our whole crew will be there. Then 25 per cent of the time, there will be an overlap with guys moving on to the next project or finishing up small jobs on the site.”

It’s also important to have a crew of dedicated people who take pride in their work. Maw says he pays a little more than the industry average, but with that he expects a little more from his team. The result is a family-like atmosphere where everyone works hard for each other.

“They’re on board with that and they like that direction,” says Maw. “When you’re working and you’re busy, the day goes fast, everybody gets along, we have a good time. If I’m off a job planning something else and I come back, there is never a time where I have to say, ‘go and clean that up, or move this over here.’ They know what to do.” 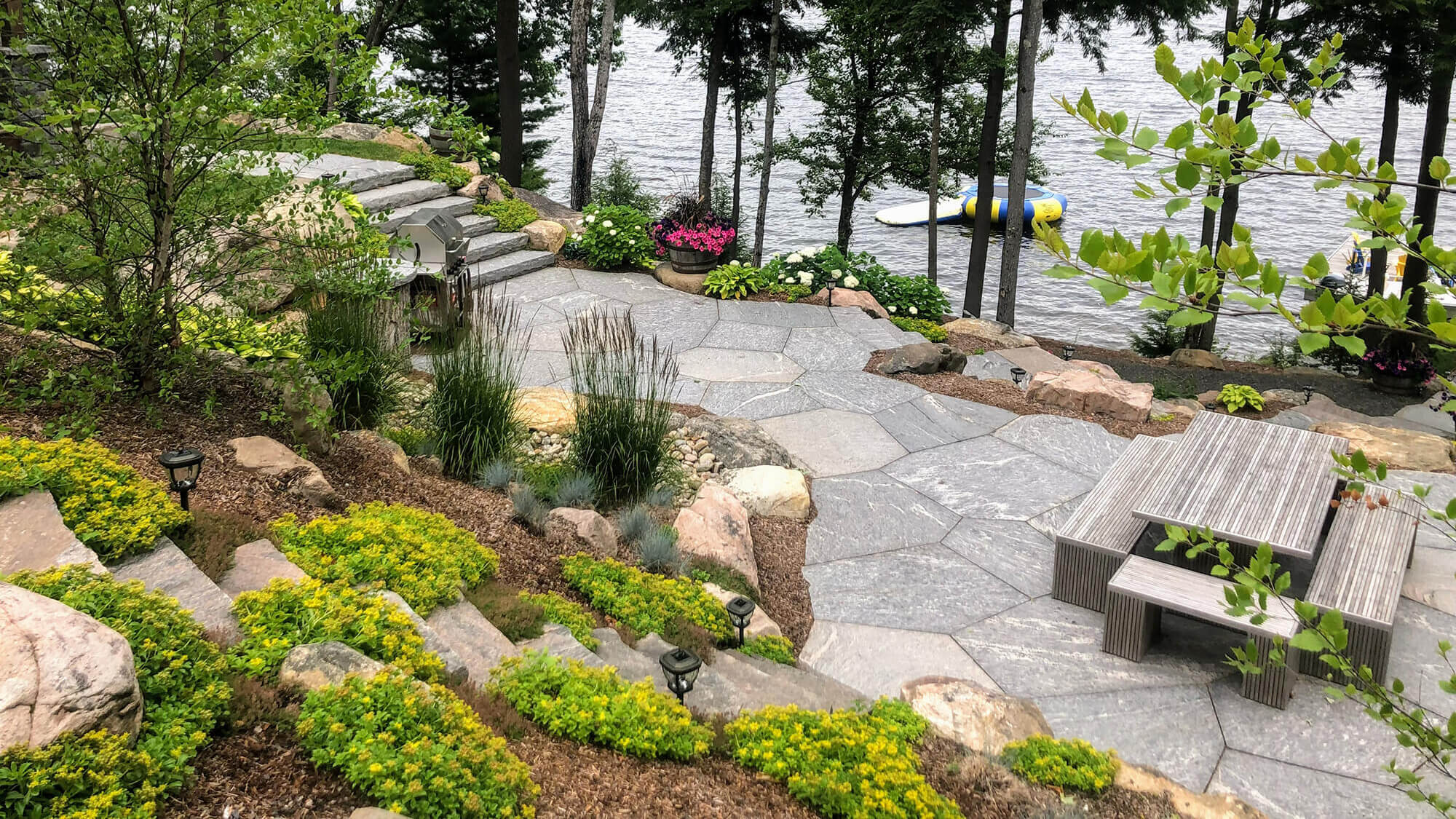 Working with other experts

After a quarter century in business, Maw says he’s learned that rather than trying to be an expert at everything, it’s important to hire people who have strong skill sets in specific areas. While being a full-service landscaping company — from gardens and irrigation to stonework and lighting — D.B Maw also works with specialists on various projects.

His company often works with stoneworker Mike Brown of Brown’s Landscaping and Jennifer Meunier of Majestic Gardens and Landscaping, who specializes in gardening and softscape projects.

Together, they figure out the plan right down to the final touches, including plantings, lighting, and irrigation. And the clients get the benefit of having several creative and talented people sharing ideas and collaborating. 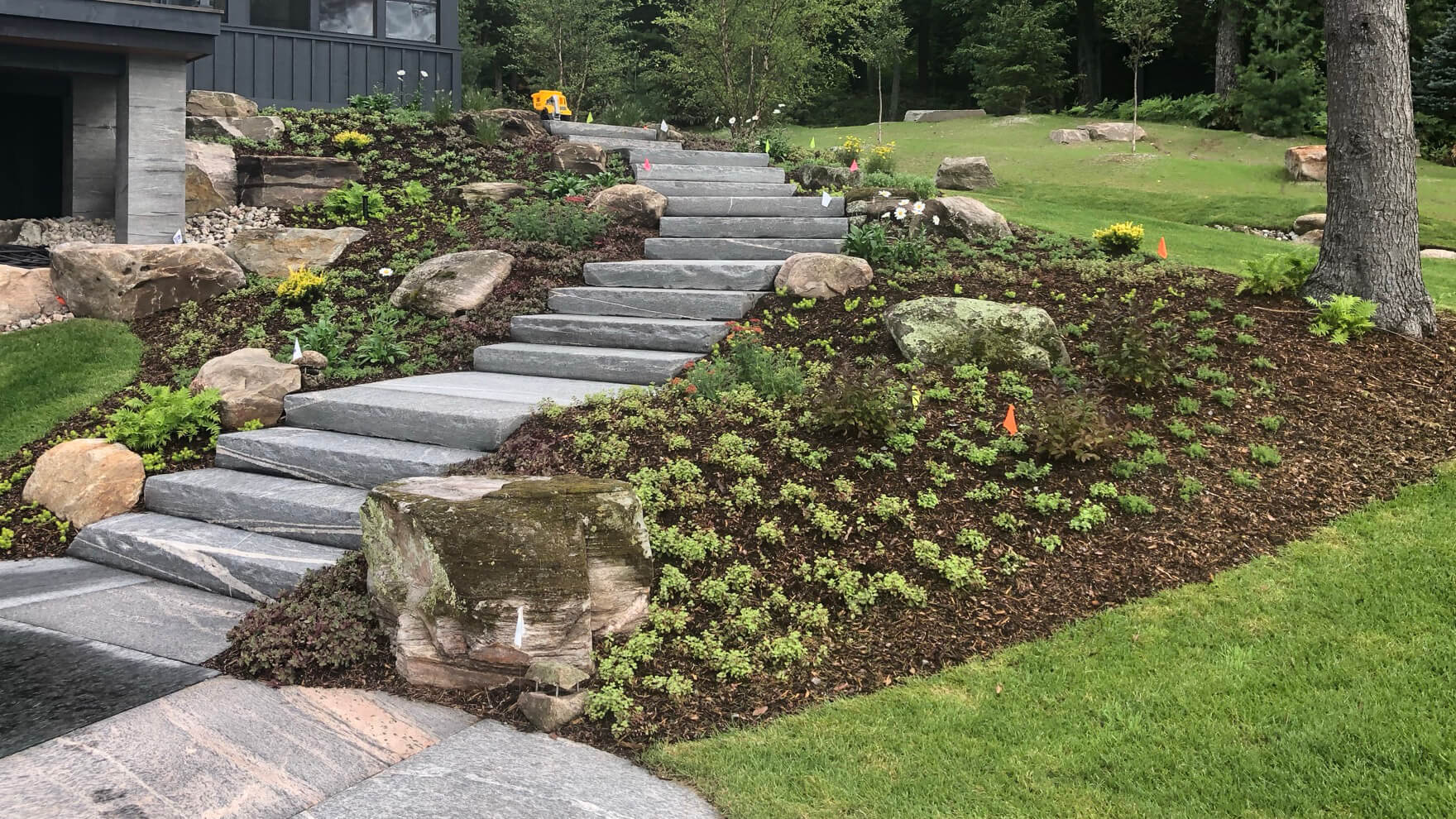 No matter who is working on the project, though, the clients only deal with one person: Dale Maw.

“I’m that go-to guy. I meet and communicate with the clients,” he says. “It keeps things clear and there is no middleman. That leads to the best results.”

And when a project involves new home construction, he adds, the best results always come if he can get involved early in the process. Coordinating with other contractors on the site can save the homeowners time and money.

“Instead of digging a trench four times — one for hydro, one for propane, one for this, one for that — all that can be done by one person organizing it at the beginning,” he says. “We’ve got a foundation drain going here, so let’s get some eavestrough drains going to the corners, where we know the troughs are going to be.”

Once work is underway, Maw photographs every stage of the project — not only for his own records, but also to keep the clients updated on the progress if they are off-site. 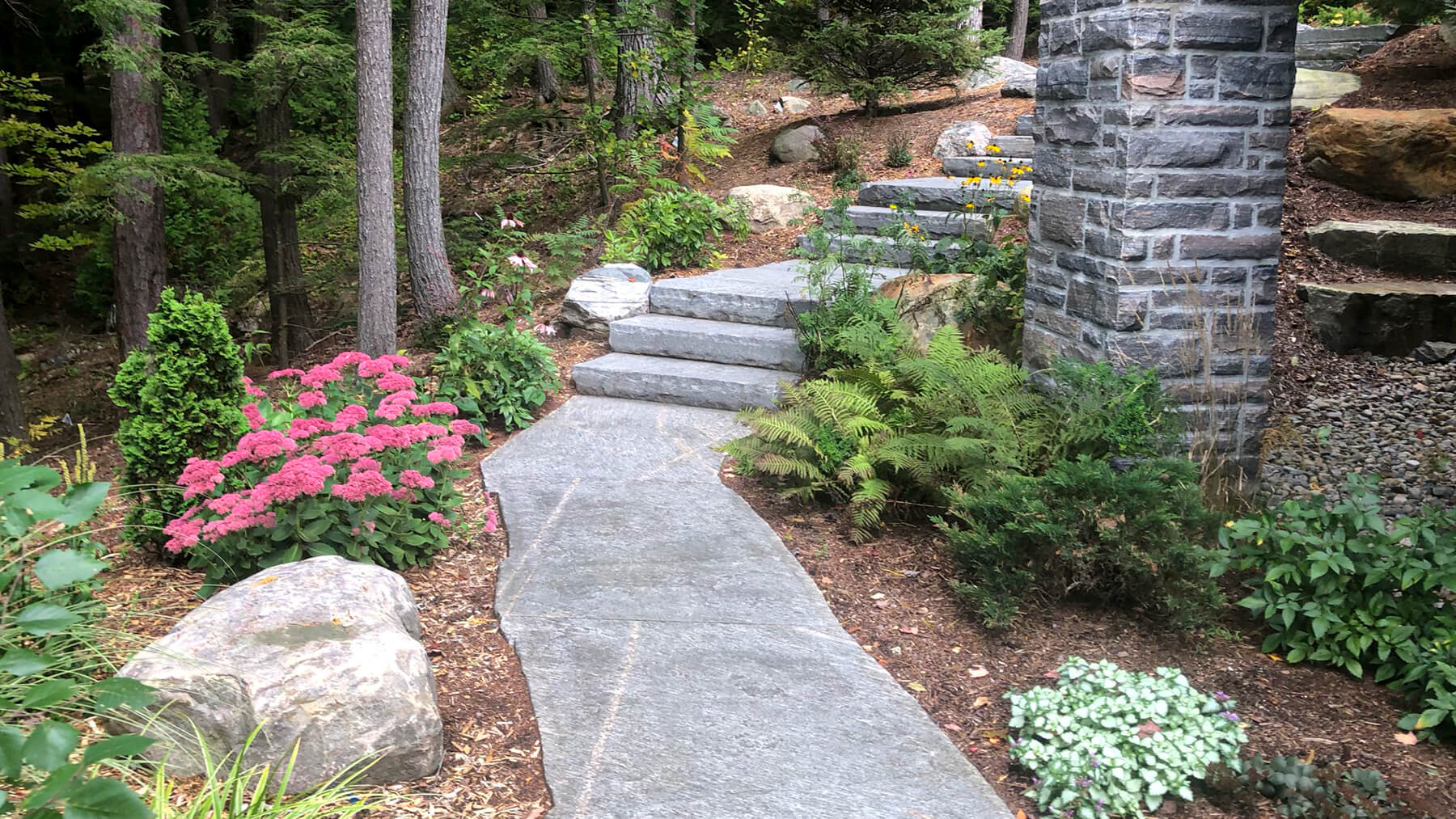 Success also means keeping up with advancements in the profession.

Maw says one of the game changers in the industry over the past 25 years is the stone vacuum lifter, which allows for easier movement and more precise placement of large stones. A patio that used to take five days to complete now only takes two.

It’s yet another way that D.B Maw Landscaping stays dedicated to doing the best job possible for their clients. It’s also why they can look forward to many more years in the industry.
Share
Tweet
Mail