Employees at Rembrandt Landscaping of Milton, Ont., find smartphones essential for time logs, communication between crews and sharing photos if there is a concern at a job site.

Smartphones on the crew

It’s been 10 years since Dartmouth, Nova Scotia’s John Schmidt started Coastal Cuts Landscaping and already it’s getting tough to remember what pre-smartphone life was like. “Even five years ago, without our iPhones, how did we even get by?”

He’s exaggerating, of course, but look around and it’s hard to argue that smartphones aren’t as ubiquitous in the Canadian landscape industry as any other. From file sharing to video chats to GPS mapping, the smartphone and its tools are unquestionably forces for good in the industry.

But with all of that good comes some bad, too. Safety is the big concern, say all three of the industry vets we spoke to for this story, but so is the pull of that phone for personal texting, posting and friending on the job.

It’s a delicate balance, says Ottawa’s Ed Hansen, the owner of Hansen Lawn and Gardens. But as he sees it, you have to treat smartphones like Integrated Pest Management: “specific and targeted.” 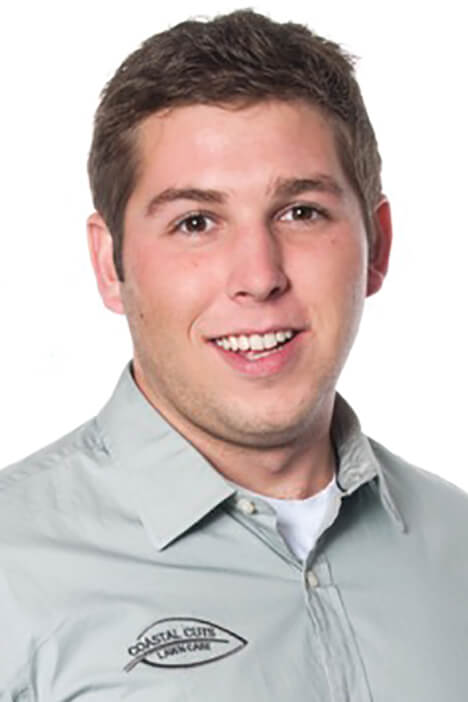 FaceTime is the first useful smartphone tool that comes to mind for John Schmidt. The video chat app saves a lot of time, he says. Instead of driving an hour to a jobsite to solve a grading issue, for example, he can have a 10-minute video call with the foreman instead.

“Oftentimes we come down so hard on our foremen when they screw up, that sometimes they might be hesitant to pull the trigger on an executive decision,” he says. “And when you can feast your eyes on it yourself and you can alleviate them of that responsibility, then they’re the first ones to use it.”

The built-in GPS and map functions are also big for his five-person crew, he says. As is the camera. “You can actually market yourself with these photos. They aren’t the same pictures I took 10 years ago that you’d be damned to put it up on a website or try to reprint.”

Still, there are drawbacks. It’s always a concern that crew members are spending too much personal time on them, he says. Which is why he asks them to leave their personal devices with him during the day in exchange for iPhone 6 work phones. If a message comes in on a personal phone, he filters it out to the field.

Safety is Schmidt’s biggest fear about smartphone use on the job, however, especially when his people are behind the wheel. “It’s obviously illegal to use your phone while driving, but ultimately I’m the one responsible for them. I worry about them like a mother worries about her son when he goes out to buy milk in the middle of a snowstorm.”

In the end, though, you have to be confident in your crew, he says. “You hope your guys hold themselves to the same legal standards at work as wherever they are, whatever they’re doing. And you have to trust that they will.” 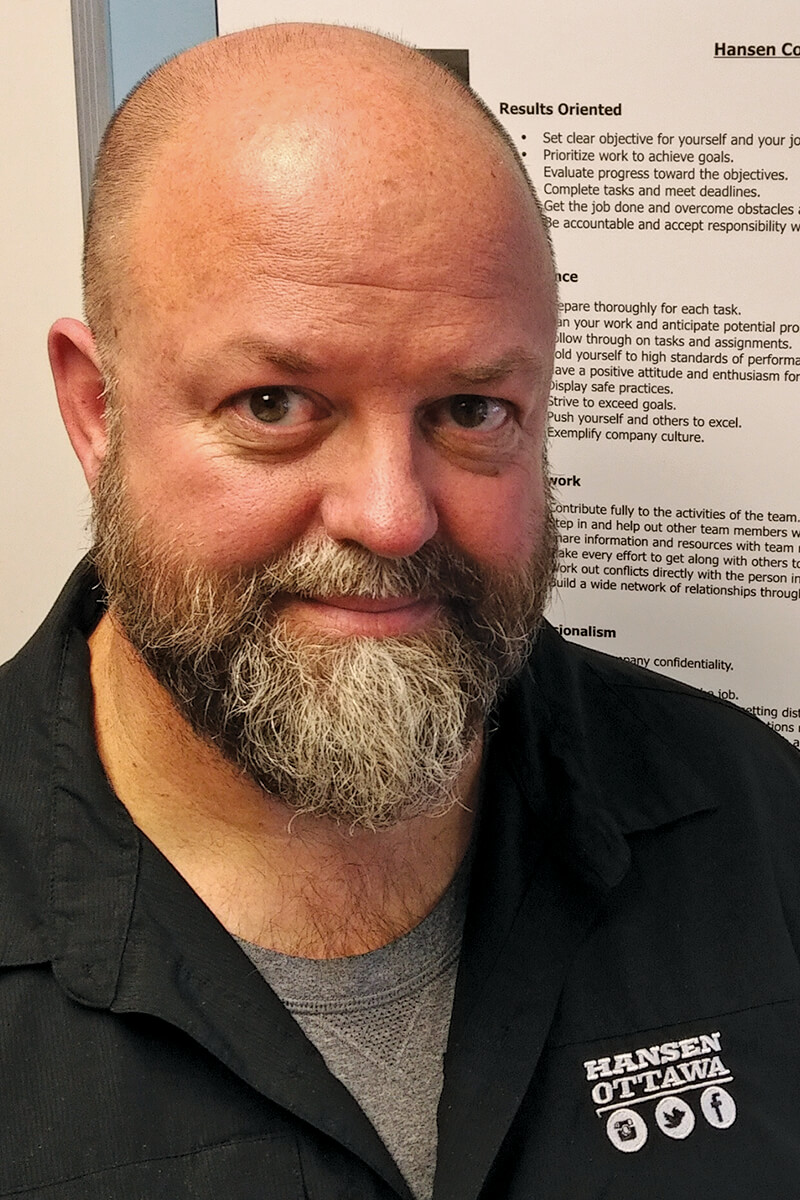 That “trust” word is important to Ed Hansen, too, and it’s why he doesn’t have many hard and fast rules about how his 35 employees should use work or personal phones on the job. “And besides,” he adds, “if you sat there on your phone all day and all you did was have your face buried in Facebook, your productivity would be so low that you wouldn’t make it anywhere, you wouldn’t last.”

He does recognize, though, that times have changed and that constant accessibility is expected in one’s personal and professional life. It can be tough, particularly with young people, to limit that personal pull at work. Two of his people have solved that problem by putting their personal phones in their lunchboxes and not using them unless it’s break time.

Overall, he doesn’t believe smartphones are having a negative impact on the productivity or customer relations of his crews. Quite the opposite. The communication capabilities of these tools alone — from video chats to group texts — are crucial in the industry today. “I don’t think we could logistically run companies anymore without proper communications between crews.”

Hansen’s guys use Sonim smartphones, by the way, which are among the toughest devices on the market. Other than the communication tools, his crews typically use them to log in when they get a jobsite and log out when they leave, do internet research, and get directions.

But he doesn’t constantly monitor how they use those work phones, let alone their personal phones. “It’s up to the team member to regulate that,” he says.

“Smartphones can be used on everything from payroll apps
and OneDrive files with drawings and job information,
to an employee portal where crews can find safety forms and submit vacation requests.” 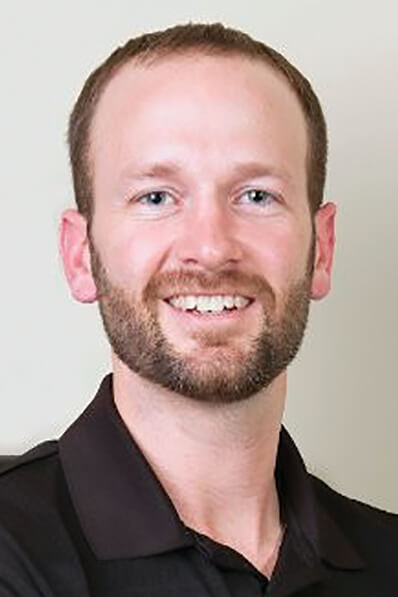 British Columbia-based Horizon has stepped up its digital game over the past couple of years, says Brian Dougherty, VP Construction. And that includes using more smartphone and iPad apps and tools with their 100 to 150 employees than ever before. That means everything from payroll apps and OneDrive files with drawings and job information, to an employee portal where crews can find safety forms and submit vacation requests.

Horizon found these tools by talking to their own IT and HR personnel as well as other construction companies. And while it has taken a lot of time, energy and money to maximize these tools for the company’s use, it’s all definitely been worth it, says Dougherty. “If they’re used in the right way, they make things much more efficient, for sure. They just make it easier to access information reliably and instantly.”

Like John Schmidt and Ed Hansen, though, Dougherty agrees the problem with them is when crew members — and it’s usually the younger ones — spend too much personal time on their phones. Yes, that personal use takes them away from concentrating on the work at hand, but more than that it’s a safety issue, says Dougherty. “When you’re around heavy machinery, you need to be aware, and that’s definitely being taken away when they feel they have to get back to a girlfriend or boyfriend, or when they feel so obligated to keep an eye on their social media.”

Dougherty says he’d probably welcome industry regulations around smartphone use on the job, but in the meantime Horizon’s main rule is that personal cellphone use is limited to breaks only. If they do bring out that phone for a non-work-related or non-emergency issue, they’ll be called out on it. And if it continues to be an issue, they’ll be told to leave their phone elsewhere.

“Overall, smartphones are good for our industry and good for economic value,” says Dougherty, “but when they’re used for purposes outside of production and not used in a controlled atmosphere, they can also be very dangerous.”
Jordan Whitehouse is a Vancouver, B.C.-based freelance writer.
Share
Tweet
Mail