Running a legacy business has tough challenges, but some second- and third-generation owners beat the odds

It’s no secret family businesses have a huge impact on the Canadian economy. Research from the Alberta Business Family Institute found family businesses account for about half of Canada’s private-sector GDP and almost seven million jobs across the country. But perhaps less understood is what it takes for these businesses to survive — and thrive — into the second generation, let alone the third.

It’s definitely not easy to survive a succession. According to the Family Business Institute, just 30 per cent of family enterprises make it to the second generation, and only 12 per cent to the third. Experts say those numbers could go higher, however, if families did a few key things, like plan the succession a lot earlier and nurture willing and able successors more effectively.

Easier said than done, of course. All three of the owners you’ll meet here experienced significant challenges when a business landed in their laps. Some are still experiencing them. But they all agree that a successful transition to the next generation can be successful — and with relatively few fights at Christmas to show for it. 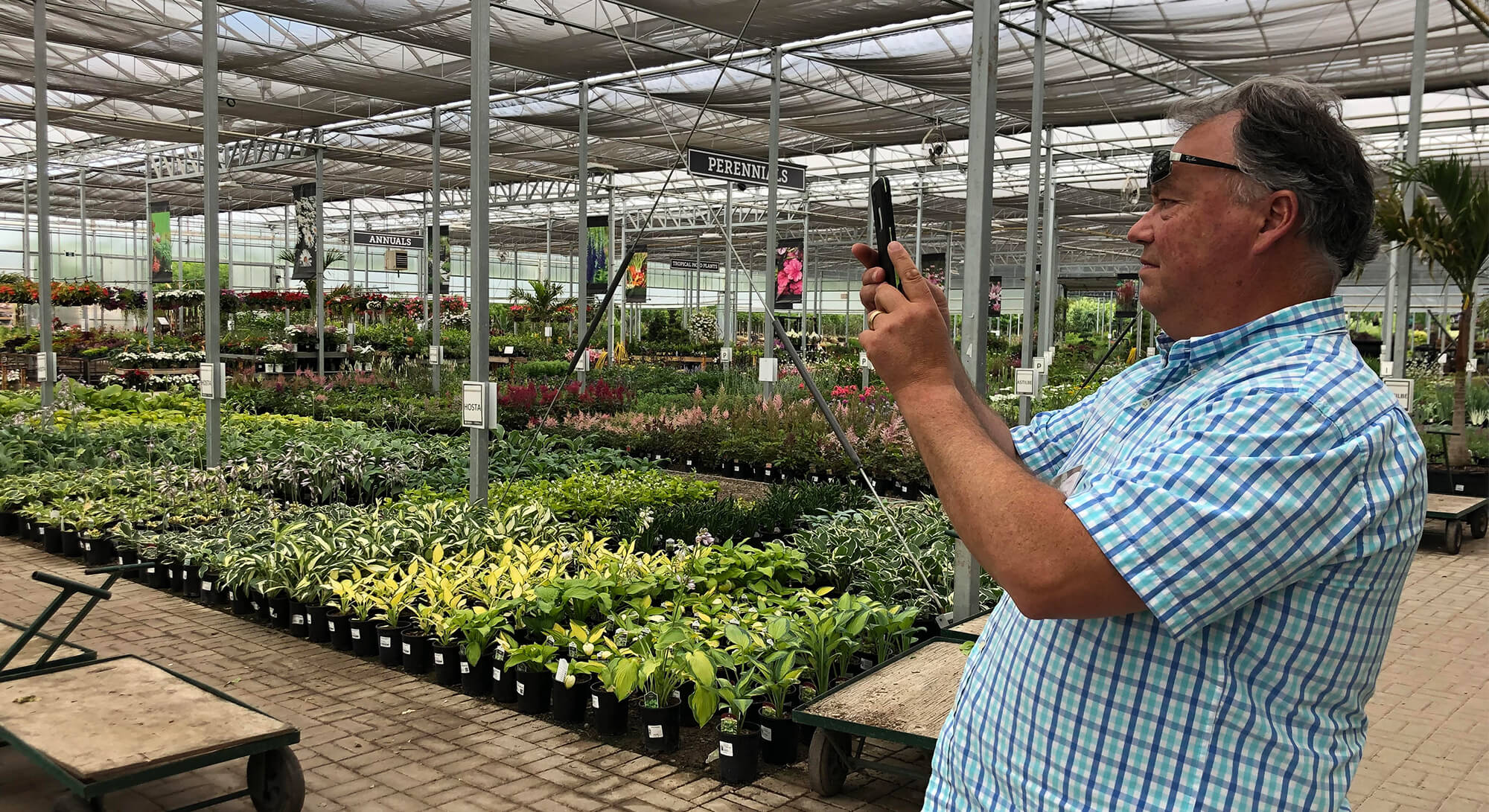 Families can be complicated

Lakeland Plant World didn’t exactly land on Robin Godfrey’s lap. And if it wasn’t for his uncle’s death, Robin thinks he likely wouldn’t be the owner of the Dartmouth, N.S., garden centre today. “I made a comment one time that the easiest succession is death, and that’s why it was easy with my uncle. It was all he had; he just wouldn’t have given it up.”

Still, Robin’s is a unique case because his business is integrated administratively and financially with his parents’ business, Atlantic Gardens, where Robin is also a 25 per cent owner. It wasn’t always this way, though. After Robin’s dad brought on Robin’s uncle to help with the two businesses in the 1960s, the uncle took one of the businesses for himself and cut ties with his brother. So, when that uncle passed away and Robin’s cousins wanted to sell, Robin’s dad had no intention of buying a business he thought he already owned.

Robin was willing to buy, however, and did so in 2006. That date marked 35 years since Robin’s dad and uncle had split, and Robin quickly started putting his business education from the University of New Brunswick to work.

One of the first things he did was dump all of his uncle’s old suppliers and start buying all of Lakeland’s growing materials from Atlantic Gardens. “All of a sudden Lakeland became Atlantic Gardens’ biggest wholesale customer, buying $300,000 a year in product,” says Robin. “That meant we could say goodbye to some of the chains that were beating us out.”

Lakeland and Atlantic also put all of their administration under one roof so one office was essentially running two garden centres. Robin says that decision cut costs, but it also introduced a significant challenge: how to split costs between the two businesses — something they still struggle with today.

The biggest struggle at the beginning was staffing, says Robin. “Getting everyone to toe the line and getting more managers to see what I see was tough. They don’t see the behind-the-scenes benefits of buying from the other company, for example. And you can’t fire them because there are legal issues, so you have to kind of let them leave on their own.”

Anr even bigger challenge could be on the horizon, however, as Robin’s parents will soon be ready to move on from Atlantic Gardens and Robin is ready to take the helm. The problem is that their business philosophies can be quite different, so it hasn’t been easy figuring out how that transition will happen. Smartly, though, they’ve hired a mediator to help.

Thus, Robin’s biggest piece of advice for others looking at a succession: start early. “The earlier the better, in fact, and go from there.” 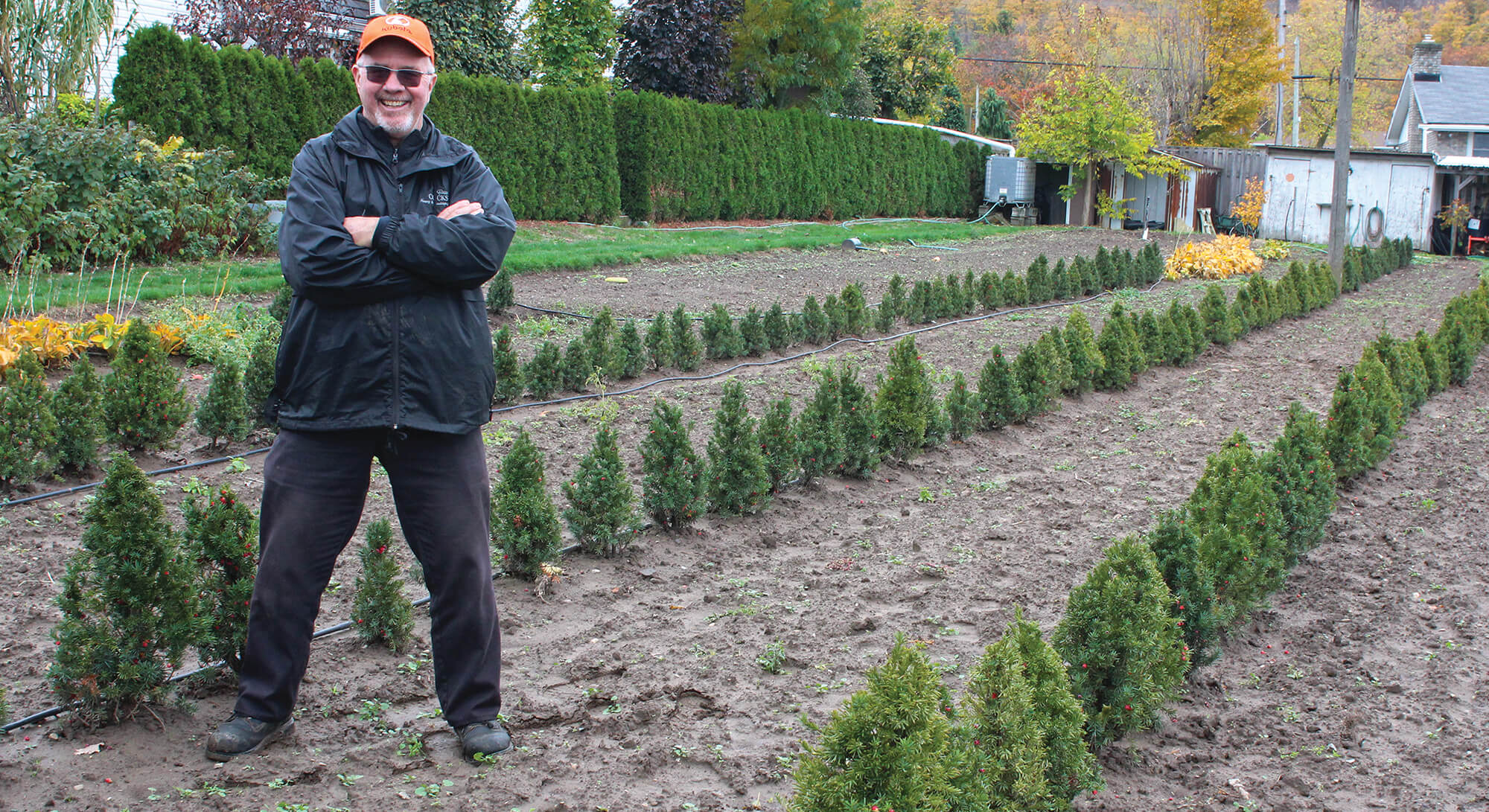 Slow down to prosper

It’s been almost 50 years since Brian Cocks of Brian Cocks Nursery and Landscaping in Stoney Creek, Ont., started working for his grandfather’s landscaping business. But Brian can still remember some of those early customers and how his grandfather treated them. “I remember him going up to the door and saying, ‘Would you be a sweetie? I would love a cup of coffee.’ And we would sit for 10 or 15 minutes with the customer, have a nice conversation. It was all about taking the time for relationship-building.”

Unfortunately,  the time for relationship building is less common in 2020, Cocks says.

Brian took over the family business from his father in 1987, but after a heart attack and motorcycle accident about 10 years ago, he was ready to slow down. He didn’t want to leave the business entirely, but he did want to transition it to his daughter, which he eventually did. Long story short, that transition didn’t work out as planned. Brian didn’t stay on, and the business “went south.”

“One mistake I made is that when I was running the business, I had my daughter go out and learn how to work and run crews,” says Brian. There should have been more focus on building relationships with customers. “By spending that time and building that relationship, you find out what they need as compared to what they want, and you find that you’ll keep those customers for years. That’s how you compete against the big operators.”

And Brian says that’s what he did when he took over the business from his dad. He went back to the basics of what his grandfather taught him: taking time out of his days to talk to his customer and getting to know them. It worked, he says, as the business took off and he paid off his father much quicker than anticipated. “Today, now everything is scheduled so that you don’t have time to do anything extra for the customer. But if you’re there, it makes sense to take 10 minutes to develop some work. It may be six months from now, but you plant the seed.”

That nurturing of customers extended to his employees, too, says Brian, which was key to his businesses’ success. When he took over the business from his dad, for instance, he immediately instituted a policy where they shut down once a week in the summer so that employees could have a break. His dad wasn’t happy with the decision, but Brian says they actually gained more work because the guys were rested and motivated when they came back.

As for the advice Brian would give to anyone taking over a landscaping business from family, it’s to lean on the experience of those transitioning out of the business. “A lot of younger guys don’t want to take the time to build relationships, but you may have some older employees that are great at it. Take advantage of what they know and who they know.” 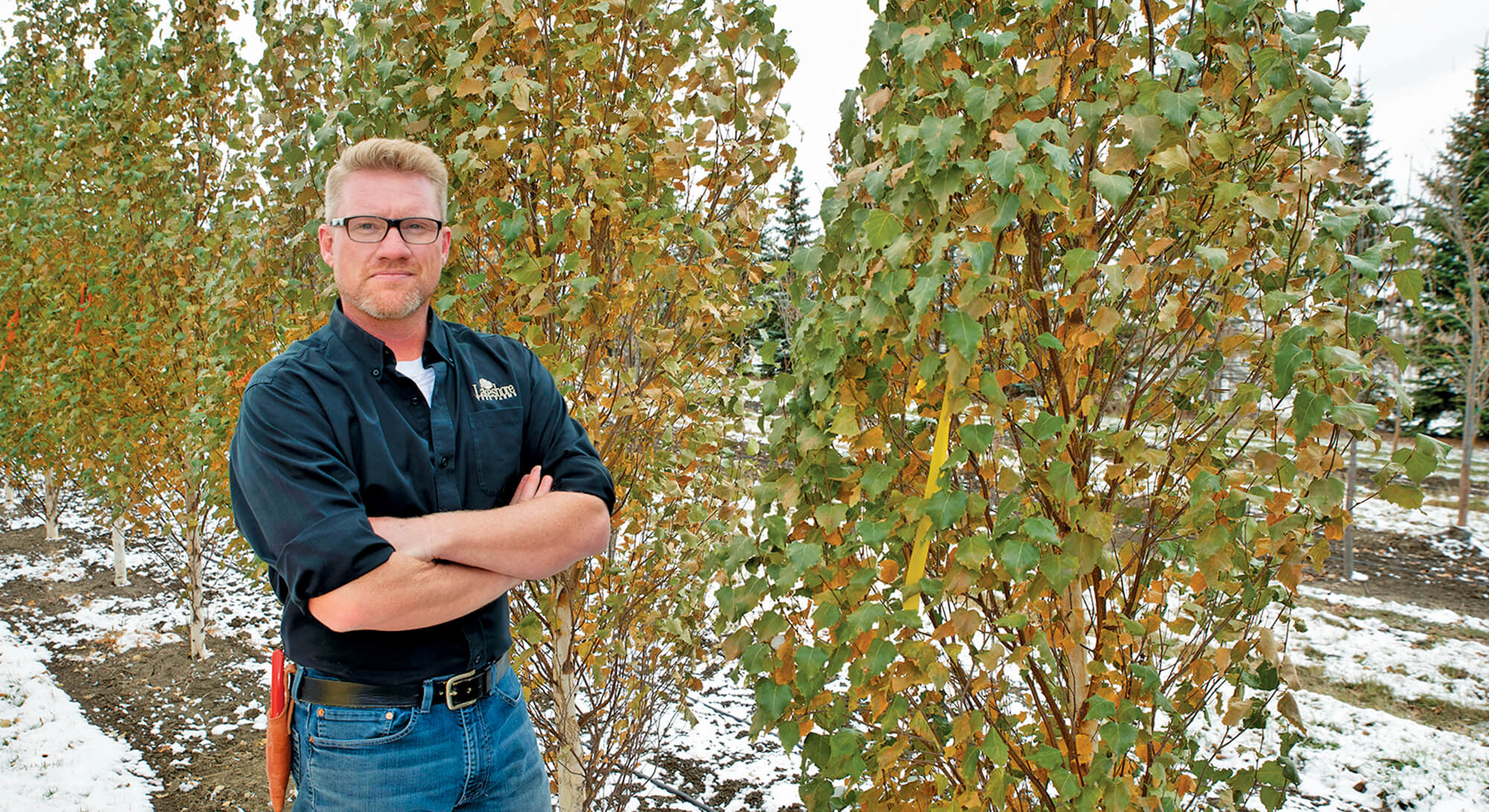 Like many who’ve gone through a succession, Aaron Krahn’s number-one piece of advice for making it through successfully is to start early. That’s what happened with Lakeshore Tree Farms and Lakeshore Garden Centre of Saskatoon, Sask.  But his reasons aren’t just about making sure the one taking over the business has time to prepare. It’s also to make sure uninvolved siblings are treated fairly.

“Some companies will bring on their children as salaried employees and never hand them shares,” he says. “And then years later, something happens — a divorce, for example — and suddenly, legally, the uninvolved siblings are entitled to the same thing as the involved sibling, yet the involved sibling has been building this farm with his own brain and brawn. So, you have to write that all out, and that can take time.”
Luckily, the Krahns learned this lesson before Aaron’s dad, Victor, bought out his brothers in 2009 and distributed shares between himself, his wife, Lee, and Aaron. And Aaron says that because they took the time to do it right, the entire process was smooth and everyone involved could see it was fair.

This isn’t to say there weren’t — and aren’t — challenges. Soon after Aaron became a Lakeshore owner, one of the company’s foremen called up his dad one day and asked: “Is Aaron my boss now?” Aaron was only 30 years old at the time, and it was clearly tough for the foreman to give him credibility. Aaron eventually gained that credibility, though, by learning to involve the foreman in decisions, rather than dictate those decisions. “It was my style to declare things and wait for any argument,” says Aaron. “But you have to realize that employees don’t want to argue with their bosses, they really don’t.”

The challenge the Krahns are facing now is that although Lee and Victor have quite a few working years left, replacing them will be tough.

That time will have to come, however, and if the Krahns’ history with succession is any indication, they know all about the importance of starting early. “You just can’t get ready to retire and then say okay now we’re ready to do it,” says Aaron. “You have to be working partners for a while.”
Jordan Whitehouse is a freelance writer based in Gananoque, Ont.