Safety: Old ways are not enough

Safety should be priority Number One for any contractor. But let’s face it: it’s not the most inspiring topic. Most people who work in the landscape industry do so because they want to be outside, working with their hands, building, maintaining, designing — not stuck in front of a TV or computer screen learning how to properly use a hedge trimmer or what precautions to take around pesticides.
Still, it’s a critically important topic, and no matter how boring safety training may be, good training could be the difference between life and death or serious injury. “It’s pretty simple: you can’t keep people around if they’re going to be resistant to it,” says Patrick Lanoue, owner of Genuine Earthworks, a Calgary-based landscape construction and maintenance company. “So you have to implement those values right from the start of them coming onboard, that’s probably the most important thing.” 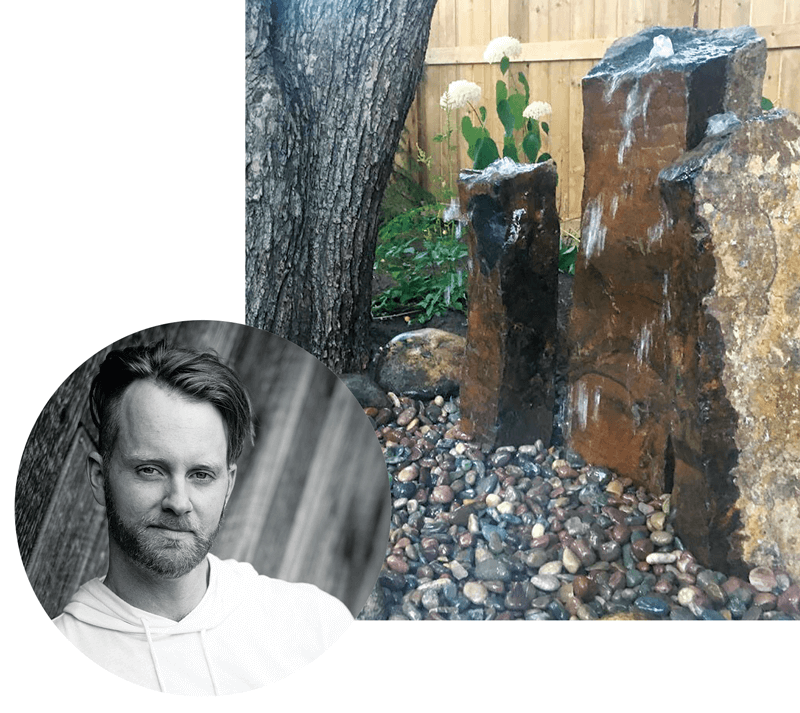 And besides, with many clients these days, safety is becoming more of a priority item when assessing which companies to award work to. In other words, safety isn’t just an ethical obligation, but an economic one, too. For Jordan Sumner, general manager at Saskatoon’s ULS Landscaping, that’s meant more contracts with specifications for Contracting Officer’s Representative certification, registration with the Saskatchewan Heavy Construction Association, intense health and safety audits, and more. “It’s not so much your price point anymore. It’s: Are you a safe company? Yes or no.”

As for the specific health and safety issues that are top of mind for Canadian landscapers right now, there aren’t simple, overarching trends. And yet, for some or all of the companies Landscape Trades spoke to for this story, three categories did emerge: cannabis, mental health and new technology.

Concern over cannabis
Now that pot is legal, this country’s habit is out in the open. Recent Stats Canada numbers say about 14 per cent of Canadians (or around 4.2 million people) have used cannabis within the past three months. And sure, like alcohol, that ubiquity doesn’t mean landscape crews are using it on the job. But it is easier to hide than alcohol, and some companies are saying it’s becoming an issue.

In Landscape Trades’ June issue, Tony Lombardi, owner of Scarborough, Ont.’s Dr. Landscape, said cannabis use is rampant in the industry, and it’s “almost like a plague.”

“I think the day and age of employers ignoring these kinds of issues is long gone,” he said.

In 2017, he fired one crew member for bringing cannabis to work and three others for not reporting it. Now he asks job applicants if they use cannabis, and he also does random drug testing on current employees.

Patrick Lanoue doesn’t go that far with his cannabis policy, but pot is the first topic he brings up when asked what health and safety risks are trending upward these days. “Yes, it’s legal, but it shouldn’t be mixed in at all with the workplace. You wouldn’t drink a six-pack and come to work, so why would you smoke a joint?”

And then, of course, outside of the heightened workplace dangers that pot poses to users and everyone around them, there are serious legal implications, too. If an accident happens in a company truck, for instance, and the driver gets a DUI, the company could lose all of its insurance coverage and legal representation from the insurer. If injury or death happens, the company owner could go to jail for negligence.

It’s not worth taking lightly, says Lanoue. “It’s definitely something that we had to add to the policy. It’s a condition of employment. If you’re caught with it, there’s reason for dismissal.”

Mental health — out in the open
Mental health may not be as pressing a health and safety issue as cannabis right now, but maybe it should be, if not more so.
According to the Canadian Mental Health Association, in any given year, one in five people in Canada will experience a mental health problem or illness. By age 40, about 50 per cent of the population will have or have had a mental illness. 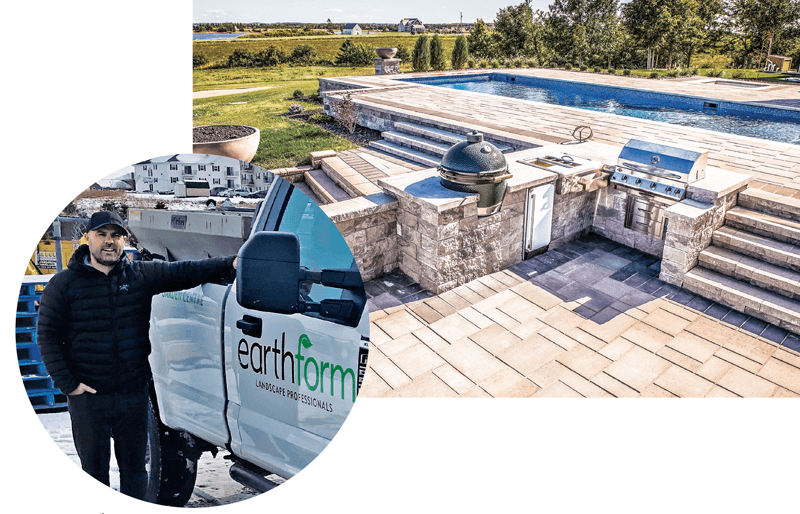 Darcy MacNeill, Earthform Landscape Professionals The silver lining is that mental illness can be treated effectively, and while landscape companies should not be asked to be healthcare providers, research shows a change in one’s workplace can lead to a significant change in one’s mental health. In turn, that can mean better productivity, safer employees and an overall more enjoyable place to work.

It’s why owners like Darcy MacNeill are taking mental health a lot more seriously. He runs Earthform Landscape Professionals in Stratford, P.E.I., and he says it’s a hot topic that is only going to get hotter in the future. “From the top down, we’re trying to get into a position where we know a lot more about each other, personality-wise, because if know where a person is coming from, it’s only going to help make a safer, easier environment to get stuff done.”

This isn’t lip service, by the way. Earthform asks office staff to complete personal profile tests, which help them all know how one person may get along with another person, says MacNeill. “It’s kind of weird for a landscape company to use personality profiles, but it’s been a godsend. Now we’re going to roll it out into the field crews this year, and when we told them about it, they got so excited because it just makes so much sense.” 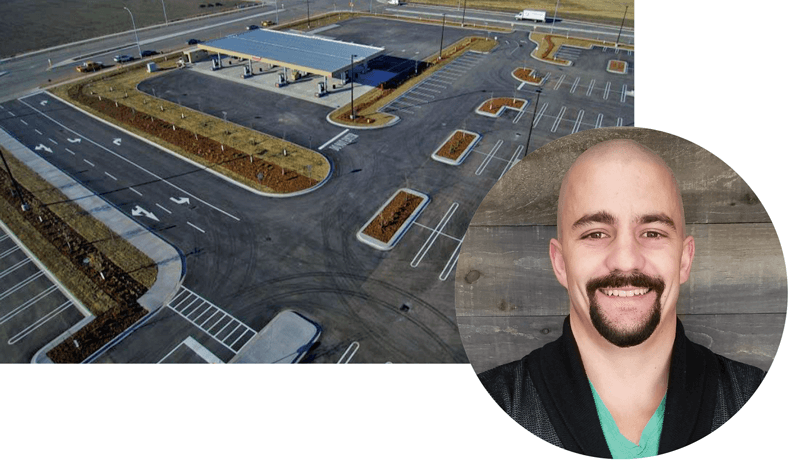 Jordan Sumner, ULS Landscaping For Jordan Sumner and ULS Landscaping, mental health isn’t necessarily addressed in policy, but that doesn’t mean they don’t take it seriously. For example, they try to relieve the mental stress that comes with periodic winter employment by guaranteeing 80 bi-weekly hours of work for 10 pay periods between November and April.

Plus, in summer they don’t work more than 10 hours per day. “We’re not one of those employers who grinds their guys to the bone for 16 hours a day,” he says. “We rarely work weekends, and never Sundays, because we understand that people have families, they have social lives.”

Threat of technology
And then there’s the behemoth that is new technology, and what it can and can’t do to improve safety. No surprise that smartphones are a common concern. Sure, all of their file-sharing, video-chatting and GPS-mapping functions can make for safer worksites, but the smartphone’s zombie-like pull can also do the opposite.

Proper cellphone use is a tough one to enforce, though, he adds. “I’m not with them all the time, so I don’t know for sure what they’re doing.” What helps is simply repeating the message that he hired them to work, not to be on their phones.

Bossers is no Luddite, however. Over the past three or four years, he’s been using more online training tools. While he wishes he could make training more enjoyable, he says the internet-based part has been a plus overall. The other good thing with these tools is that they leave a digital trail, letting Bossers know who has done training and who hasn’t.

Outside of digital technologies, Darcy MacNeill mentions the evolution of tools that reduce or eliminate harmful particles in the air. One example is the new cut-off saws that actually eliminate dust. Adoption is tough, though, at least right now. “They’re fairly expensive and they’re a little heavier or they cut the other way than what guys are used to,” he says. “Some of them are also paid on productivity, and these can slow them down.”

Still, as with Tony Lombardi’s approach to cannabis or Bossers’ to smartphones or MacNeill’s own attitude about mental health in the workplace, health and safety trumps all, including productivity.

And if it doesn’t take precedence? Well, as Patrick Lanoue repeats, you have to do what you have to do. “If they’re going to be a liability, you just have to move forward and let them go.”
Jordan Whitehouse is a Vancouver, B.C.-based freelance writer.
Share
Tweet
Mail