Motivating and engaging your team 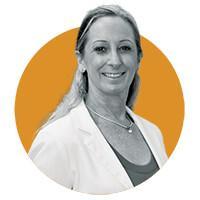 After five years of focusing my attention on the behaviour differences between generations in the workplace, I’ve come to a few conclusions. I’ll share the highlights (I’d like to say ‘Coles Notes’ but my Millennial and Gen Z readers might roll their eyes and stop reading).

The ‘Millennial Problem’ is an opportunity

For the last 10 years, many employers have thrown their arms up in frustration at trying to understand how to work with Millennials. But it’s actually not that hard. In general, they’re not lazy or self-entitled. Millennials are highly creative and prefer to work as a part of the ‘hive mind’ collective. They want to collaborate and need frequent encouragement in real-time. They are now in their late ‘20s through early ‘40s.

The employer/ employee clash comes when older generations operate with the old paradigm toward work in our profession: commit to a company, show up, work hard, hit the targets and collect your pay. As for feedback, well, no news is good news, right? Not any more. If you’re a Gen X (early ‘40s to late ‘50s) or Baby Boomer (60-ish to early ‘70s), then you’re likely frustrated with the attitude of most younger people that you hire because of the work ethic you perceive them to have.

A Millennial employee who finds themselves in the midst of a company led the old way will run screaming in the opposite direction and search for a workplace where they will be treated as a collaborative and valued person on the team from day one. As for the ‘show up’ part, Millennials are social and community minded. They crave being valued and appreciated. If there’s something in their personal life or circle that trumps your targets and budgets, they may not show up for you every day. They dislike conflict, so if they know they’ll get in trouble for taking a day off they just won’t call in to get the hassle. They may or may not work the long hours in a day or week that you would, but they will work as hard — if you meet them on their terms. Paid time off is a great example of how to help Millennials feel more committed to the company. Paid time to do a community or volunteer project can be a very good benefit to offer.

Now in their mid-’20s and younger, this cohort aren’t as needy as Millennials may seem. They aren’t as set on being a part of a collaborating, co-creating group. This generation has a bit more independence. They want to know how they are doing and measure their own progress or success on individually assigned projects or goals.

This generation is highly curious and extremely protective of their life-work balance. (Note that ‘life’ comes first). They are timid, curious, social and a bit flighty, easily intimidated, sensitive to criticism — of either themselves or of others around them — if it is not accompanied with coaching. They aren’t afraid to learn, but they insist on feeling they’ve been set up for success. If they don’t, they’ll bolt for the door. Culture therefore, is critical. This generation needs to feel autonomy — a tough challenge for employers running crews and welcoming entry-level workers into a company that’s set up with a hierarchy of levels of authority.

Companies who successfully engage this vibrant, bright and curious generation are those who have shifted the leadership paradigm around the meaning of hard work and life balance. If you want to have success building the team you need, then get with this program: Life Work Balance. Ask what that means to them and engage in conversation.

I recently coached a husband and wife business owner team who are part of the Millennial generation. They were asked for advice on motivation. After proudly describing a bonus system they’d devised for their teams (including how a shared leaderboard displayed employee points earned on performance each month), I asked if the program worked. They both laughed and said it was an absolute failure. One of the terms they kept using was, “here are the numbers we need to meet.” BINGO. Externally defined goals in a bonus system based on achieving numbers that were meaningful to the owners and not the team. And, a system designed to publicly shame those who were struggling to meet targets. Doomed to fail. Their team is mostly younger Millennials and Gen Z over 20.

The solution we discussed was Gen Z-based thinking: Stop talking about gross profit or job costing targets up front. Start talking about what is scheduled for any given crew for a week and let them figure out how to get the work done on time and to standard. Consider setting in place more of a salary than an hourly rate. It’s easier than you might think.

Imagine if an employer were to turn it around into a Gen Z context and say, “I’ll pay you $x.xx per week for the season. Some weeks will be heavier than others depending on the time of year. The attention to detail has to be met. The schedule will be reasonable. If you and your teammates can figure out a way to get the work done at or above standard, in less time, then you get paid time off.” Individually motivated to get what they want (more time off) and a steady paycheque.