Share
Tweet
Mail
On Jan. 25, 2020, the first case of COVID-19, the novel coronavirus, was announced in Ontario. At the time, no one could have predicted in their wildest dreams, the profound and unprecedented effect it would have around the world.

That first case was reported in Toronto. The patient had just returned from Wuhan, China, where the outbreak began, and was admitted to Sunnybrook Health Sciences Centre with a fever and respiratory symptoms and put under isolation. The patient recovered as of Feb. 23.

Within days, the virus continued to spread, prompting government officials to take unprecedented action. On March 12, just two days before March Break, the Ontario government ordered all publicly funded schools to shut down for two weeks after March Break.

March 12 also marked the biggest one one-day loss on the Canadian stock market in 80 years, with the TSX Composite Index plummeting over 12 per cent in a single day.

A slew of closure and cancellation announcements on March 12 included conferences, concerts, and the Canadian Juno Awards. Like so many others following the recommendation of the Chief Medical Officer of Ontario, it was also announced that Canada Blooms, the Toronto Flower and Garden Festival and the National Home Show would not open to the public. The news came just hours before opening day.

The next day, the closure announcements grew: public buildings, libraries, community centres, pools and arenas were all closed through April 5. Professional sports, including the National Basketball Association (NBA) and National Hockey League (NHL) postponed the remainder of their seasons.

The stock sell-off continued on March 13 with the Canadian market closing the week down 30 per cent below its record peak the previous month.

On March 16, the provincial government asked all bars and restaurants to close and the federal government advised people to limit gatherings to 50 people or less. Airlines laid off 60 to 70 per cent of their workforce.
Landscape Ontario sent out an email regarding the cancellation of its professional development seminars.

On March 18, for the first time since the 1867 Confederation of Canada, it was announced that Canada and the U.S. would close the border to most travellers at the end of that week. Canadians abroad were encouraged more than ever to come home.

On March 19, Landscape Ontario’s Provincial Board of Directors held its meeting online. The meeting included discussions about COVID-19 and resulted in the creation of a special task force to filter and distribute credible and relevant information to members, and to help guide businesses through the crisis. The first meeting of the Task Force took place the following day, and the group continues to meet online each day at 5:00 p.m.
On March 20, an email was sent out to all members and industry professionals, by LO President, Dave Wright and Tony DiGiovanni, LO Executive Director, explaining the association and it’s leaders were working on ways to help members.

Emails and phone calls from worried members poured in to the Landscape Ontario office. Some members expressed concerns about possibly losing access to foreign workers. Others had seasonal employees they needed to bring back to work before their Employment Insurance ran out. With so many other businesses closing, or being asked to close, those in the landscape profession were left with many uncertainties about the season ahead. Others offered ideas on best practices or words of encouragement, the need for unity, and support.

On March 22, the work of the Task Force was put into action with the creation of a special COVID-19 Resources Hub on the association website at HortTrades.com/covid-19-resources, organizing the wealth of information into various categories. Some free webinars geared toward business owners were made available, plus a growing list of frequently asked questions by both owners and employees.

On March 23, Ontario Premier, Doug Ford announced all non-essential businesses in the province would close for 14 days starting at midnight the following day. Shortly after, a list of what the province deemed “essential” was released.

Balancing the need to make a living with the government urging people to stay at home as much as possible for the next two weeks, all members of the profession looked for direction. The LO Task Force reached out to lawyers and government officials for clarification on the essential services list.

On March 25, the message from Landscape Ontario to the profession was that of caution and patience. Yes, it looked like most businesses were deemed essential, but the health and safety of employees, customers and the public was paramount. Taking risks and jeopardizing the safety of others could easily tarnish the reputation of the profession as a whole. The industry is used to experiencing a late spring start. 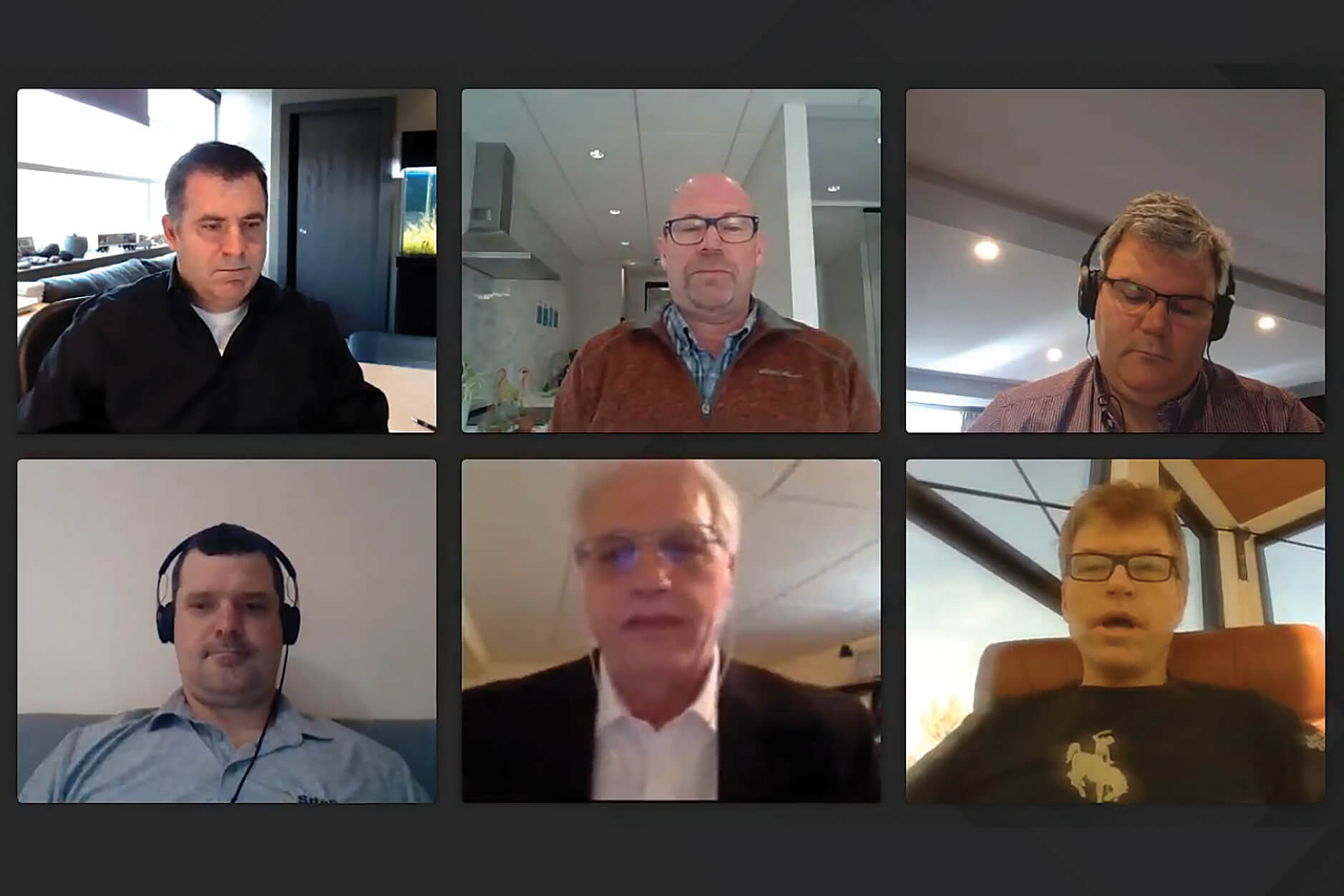 Over 375 people connected via LO’s first webinar on March 26.

Closer together than ever

The rest of this story, including the ending, is yet to be written. The situation changes daily. The future is uncertain. One thing we do know is that COVID-19 has resulted in drastic changes around the world. We now practice “physical distancing,” hold meetings online and talk with family and friends via video chat. We send more email than ever, share more moments online, and broadcast concerts, webinars and newscasts from within our homes. Through it all, many good stories have surfaced. Stories of people helping others, scientific breakthroughs, and less pollution. The landscape and horticulture community is no exception. Throughout the crisis, members continue to share ideas and information and to work together for the greater good. They present a unified voice and help each other to weather the storm. Now, more than ever, the club for mutual benefit and mutual improvement continues to be a shining example in a world of uncertainty.