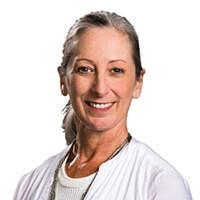 I have developed a new engagement tool – and want to share it with you. I mentioned it in our recent Peer to Peer Network Summit last month and at the time, you could have heard a pin drop.

So I took a step back this past summer, and did a lot of thinking. I spent a lot of time researching and collaborating with other engagement experts and working on developing new programs aimed at helping to solve this engagement gap problem.

Amid my musings, I’ve developed a brand-new idea – and I want to share it with you here. I’m hoping for some feedback from readers on... whether or not to pay a bonus.

Many business owners have asked this question, myself included. When running my own landscape company many years ago, I recall sitting in a huge ballroom at Congress, watching Charles VanderKooi use a flip chart up on stage. Charles was running through a complicated, intricately calculated production bonus system. I tried it. And it failed to motivate my team in the way it was supposed to.

Many years later, I also sat transfixed while watching Jean Paul Lamarche (JPL) do the same, but with different math and logic, using a huge dry erase board (slightly newer technology). I tried his system also. And it worked. That is, until I realized that a few of my staff were actually counting on the bonus as part of their annual reported income in order to get a loan. A bonus is not much of a motivator when it’s expected. There was nothing wrong with the solid math of JPL’s bonus system. The problem was the sense of entitlement the bonus created.

Many of us have watched and learned from Mark Bradley of TBG and how he developed a brilliant productivity bonus system. Mark’s managers, office staff and production staff all contributed to earning bonuses at the end of each year, crew by crew. It worked well for his company, but didn’t seem to fit my estate maintenance contract market.

I tried many different ways of profit sharing and thankfully never wandered into the abyss of giving shares of my company to any employees as motivation. So, taking all of the potential bonus systems and calculations into account, how can we, as employers, use money to motivate a younger generation who doesn’t value money over company culture?

Knowing what I do about the ‘millennial mindset’, and the upcoming Generation Z (and after a huge amount of research over the past several years), I think I’ve found a key part of the answer. The under-30s in your company are looking for different things than just money. They don’t aspire to material things the way their parents or grandparents did. They aspire to being valued. While cash is nice, if they’re paid a living wage, it’s revered not nearly as much as belonging, being appreciated, being a part of something bigger than themselves. Contribution is the name of the engagement game. Intrinsic contribution.

Skipping back to the paying a bonus question, here’s what I think will work much better: My newest business management tool to share is called My Career Development Fund, and here’s how it works: Every employee has a ‘career dream’ intake meeting with HR/business owner. Learn what they aspire to. While many are wafting along, without career aspirations, most are able to tell you what they’d like to learn about. Understand where they’re starting from. Make a connection with the skills/knowledge needed to pursue their own interests. Set a budget (which is actually the money you’d otherwise have spent on a bonus) and deposit it into their career development fund. Set parameters for how the money can be spent, ie: post-secondary classes, fitness classes, special interest, industry training, certification, apprenticeship, etc. Also set a policy on what happens if they don’t use it all up. Can they roll it into the next year? Do they get a pay out if they leave? (And for these I would suggest, ‘no.’).

Take the money you were already going to spend, and invest it in your people – whether it’s for business related skills improvement or not. Show them you care. Show them their aspirations are important to you. Know that few will likely stay for more than several years (yep, that’s the current stats) and be okay with that. Invest in your staff intrinsically, like never before, and I’m convinced that you’ll reap the rewards with developing a team who stays longer and where the back door is closed softly.