An update on Kevin McAulay and Dave Milburn, two contractors who launched on their own with their employers’ blessing and were interviewed in Landscape Trades

He wanted to “give it a shot” and hit bullseye. When this magazine interviewed Kevin McAulay in 2016, it had been only a year since he had left the well-known Toronto landscaping company, Allweather, to strike out on his own. When Landscape Trades contacted him in October, McAulay was up north in cottage country, working on his fifth straight job in the community of Minden. He had landscaped a cottage for a relative, and the job had produced so many enquiries that he had to camp there for a while to finish them all. McAulay wasn’t complaining, though, as he said, “We like doing work up here. They’re larger scale projects and there’s no traffic!” Typically, however, McAulay Design Build does most of its work in the Greater Toronto Area. 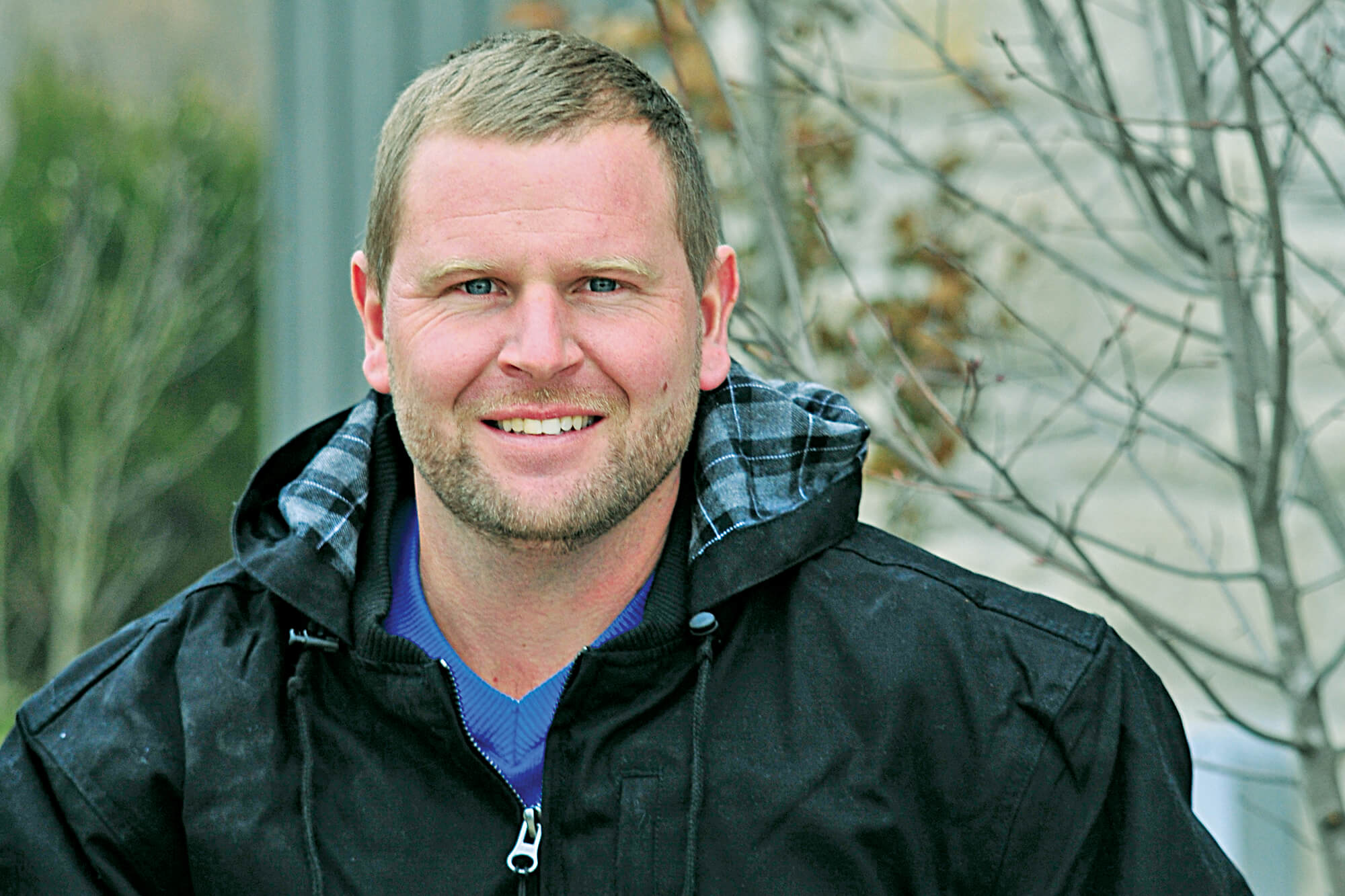 Kevin McAulay When he started out, McAulay would take up any job he could find. His former employer, Phil Charal, founder of Allweather, often helped by sending subcontracting work his way. Now, McAulay says, he has managed to build his own clientele and cultivate relationships with some big builders, which ensures a steady stream of work. His work mostly involves landscape construction, and during the winter, he keeps busy with renovations. Since that last interview, he has added his own yard and graduated to bigger projects, but has kept his team small. In fact, it’s just him and one employee; his sister helps with bookkeeping. “It’s sort of a pride thing for me,” McAulay explains. “The main reason I went out on my own was because I wanted to do things a certain way and deliver a certain standard of quality, and we’ve been able to do that with staying small.”

That commitment to quality is why Charal was comfortable hiring his former employee as a subcontractor; Charal still occasionally refers projects to him. McAulay had followed in the footsteps of his father, who had been a construction foreman at Allweather. “I think he was extremely well trained by his father Ollie,” says Charal. “There’s a certain code of ethics for us — you build it once and you’ve got to always do the job properly and with a lot of integrity. I’m always confident that whatever work we refer to Kevin will be done properly.”

Of all the work involved in setting up and running a business, McAulay believes his biggest strength has been his approach in meeting clients as a contractor, not as a salesman. “A lot of these bigger companies, they have somebody in the office who goes and sells the job, and then the architect does the drawing and then somebody different goes and does the job. I do all three of those jobs,” McAulay says. That also ensures a quick turnaround time, he notes: “Customers change their minds or something may not go according to plan, and with bigger companies you’ve either got to wait for the architect to show up or somebody to make that call. Whereas I’m able to do that just between me and the client.”

His biggest challenge was surviving the start-up phase. Even with his years of experience at Allweather, many aspects of the business, like meeting clients and pricing jobs, were new to him. “The first couple of years when you’re out on your own, to say that you’re not going to have time for yourself is an understatement,” McAulay cautions. “You’re pretty much working ‘round the clock, because now you’re not getting a paycheck every week. If you don’t sell a job, you’re not getting paid.” His advice to wannabe entrepreneurs: “Be prepared to say no to extracurricular things … if all your friends are going to the cottage on the weekend, you can’t do that.”

Read “Win-win independence” from January 2016. Time management was one of the areas where Charal guided McAulay. “Phil did say to make sure you stay on top of your schedule; don’t tell a client you’re going to be there if you’re not,” recalls McAulay. Now that he has transitioned from being an employee of Charal’s to a fellow business owner, their relationship has evolved as well. “We still give each other input on business-related topics,” says McAulay. Charal says he would advise McAulay — and other small businesses — not to neglect administrative chores. He also underlines it’s especially important for newer, smaller companies to keep track of their costs. “They’re so concerned with keeping their company going and paying suppliers and so on that they forget to pay themselves. At the end of the year there’s hopefully some money left over so that it’s worth your while to own and operate a company,” says Charal.

McAulay has no doubts that it has all been worth it. His only regret? That he didn’t leave sooner. “I worked for a good company and I was comfortable where I was, but I definitely don’t regret doing this,” he says. “I wanted to challenge myself to the next step, so I took the chance.”

Now he’s poised for the next big step. To accommodate his growing business, McAulay plans to move from Toronto to a bigger place he bought, about half an hour’s drive north of the city. He may also finally add to his staff. “Right now I rent a shop, on top of owning a house. I’m renting space to store my equipment and run my business. I want to do all that out of one place, that I own,” he says.

Dave Milburn gets emotional talking about his journey as an entrepreneur and business owner. “There are difficult days, there are days where I wish I had more time with my family,” he says, but adds, “I wouldn’t change anything.”

When Landscape Trades interviewed him in 2016, it had been eight years since he had left Wetmore’s Landscaping, Sod and Nursery to start Focal Point Landscape in Fredericton, N.B. In the past three years, he has doubled his staff, won five awards from Landscape New Brunswick and two certificates of merit. He has a new shop, a new space and a new office. “That was the year we really took a jump and moved into larger projects; more intricate, custom work that I like to feel is what we’ve carved out as our specialty,” Milburn said when interviewed again in October. 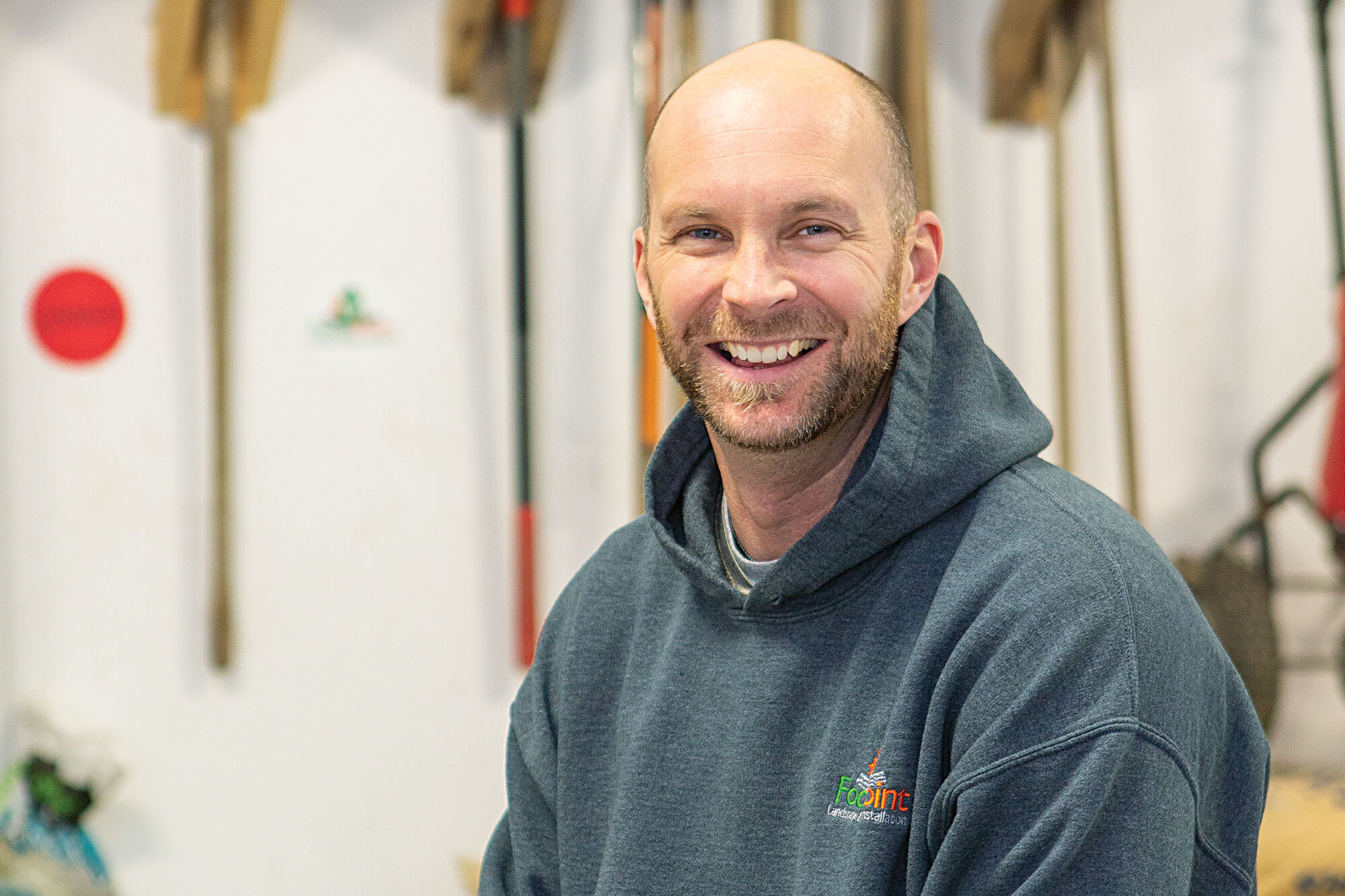 His company employs six to eight people during the season. His staff includes Red Seal technicians and apprentices, and recently, his wife joined the company to work part-time after the birth of their daughter. “So I guess we’re officially a family business,” Milburn quips.

He has stayed in touch with his former employer, Rod Wetmore, and occasionally buys plant material and sod from Wetmore’s. They have continued the conversations they had while working together, but less frequently and as fellow business owners. “We talk about how things have changed, where the industry’s gone, even the spec of work, so it’s interesting,” says Milburn.

One of the things that Wetmore advised him to do when he started his own company was to focus on maximizing billable hours. Milburn had received the same advice from another mentor, his horticulture professor. “Both of them instilled looking at what’s going to be efficient and what’s going to maximize the time spent working, not wasting time or losing time due to inefficiencies or poor planning,” Milburn recalls.

Asked about his most successful strategy to grow his business, Milburn is very clear: Holding out for the right employees. “The thing that I can honestly credit anything to is being patient in finding the right people,” he says. “Although it was easier at times to think I just need people out there getting the work done, our reputation is simply what our staff bring to the table in their knowledge, in their demeanour, in their professionalism.”

Now that he has carved out a niche for himself in the market, Milburn is intent on paying it forward. “I feel there’s a responsibility to pass that on because let’s face it, this isn’t every kid’s dream right now, to be a landscape contractor,” he notes. In the winter months, he is an instructor for an apprenticeship program, a task he is passionate about.

His advice to anyone aspiring to start their business is to first work in the industry before becoming an owner. “You have to be in the trenches and I still am on most days … you have to learn what it takes to get the job done in order to be able to instruct others or to estimate,” Milburn says.

He built Focal Point on his own terms, and will use the same approach for its future growth. “I’m still not in a hurry to grow too fast unless we’re ready. It’s important to me to build when it’s right and to expand when it’s right,” Milburn says. The only thing that’s more important? “You can’t forget to be humble at the end of the day or take anything for granted.” Indira Kannan is a Toronto-based freelance writer.