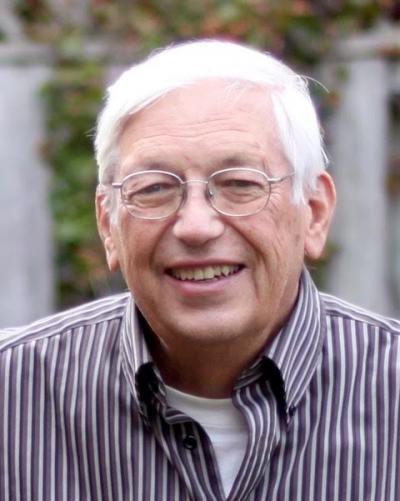 Friends and family shared their memories of John with his family during visitation at the Erb and Good Family Funeral Home in Waterloo on Aug. 26 - 27. The funeral service took place on Aug. 27 at Koinonia Christian Fellowship in Bloomingdale. A reception followed in the church hall.

This spring, John began the fight of his life with pulmonary fibrosis. It took its toll, as he became more and more breathless and was unable to continue on with the activities that defined his life. He spent his last day with loved ones and watched the Blue Jays defeat the Angels 12-5. He passed away the morning of Aug. 24, just as he was getting his day started. Wright was born on Oct. 29, 1939.

John Wright will be deeply missed by his children, Carolyn (Wright) and Patrick Gidyk, Dave and Tracy (Adams) Wright, and Julie Wright and Jonathan Baltrusaitis and his dear friend Jane Epp. He was ‘Boppa’ to Sophie and Chloe Gidyk, Hannah and Ethan Wright, and Luke and William Baltrusaitis. He was brother to Dorothy Collin, Richard (Lorri) Wright, Jim (Rosemary) Wright. He was predeceased by Ruth (née McHolm), his wife of 45 years, and a sister, Barbara Wright. John was a charming and much beloved brother-in-law, uncle, great uncle, and cousin to the extended clans of Wrights, Phillips, Groffs, and McHolms.

An entrepreneur at heart, John loved nothing more than to make things happen. He had vision. Together, he and Ruth founded and built Wright Lawn Care Services and raised three kids on their property in the heart of Bloomingdale. Ruth Wright always said that his charm and gift for gab were part of what made him so successful.

One of John Wright’s proudest legacies was his work with Landscape Ontario — one of the world’s largest horticultural trades associations. A founding member, he was made an honorary life member in 2007 and went on to chair the Ontario Horticultural Trades Foundation. He believed in giving back to the horticultural industry in every way. John contributed to the success of local businesses as a board member of the BBB of Southwestern Ontario and through the Leading Generation Roundtable at the Centre for Family Business.

John was devoted to his community as well, in many roles at Bloomingdale United Church, assisting with the land reclamation at Snyder’s Flats and supporting the recreational facilities in Bloomingdale.

When he wasn’t working, John was picking apples, tending his beautiful property or playing sports. An alumni of Tom Mooney’s Guelph Gryphons championship basketball and football teams, he was an especially avid basketball player until age 70 and ran the K-W Men’s League until just this year. No one was more delighted than John by the Blue Jays success this season.

John Wright leaves his family with a passion for classical, jazz and bluegrass music, a deep appreciation for food and years of wonderful memories of their adventures together.