Every growing season offers a new set of challenges for those of us working to keep gardens healthy and vibrant.

The heat and drought periods experienced this past June, July and August were followed by periods of extreme rain and unseasonably cool conditions in the fall. Those climatic conditions were ideal for heat lovers, such as peppers and tomatoes in the early summer, but plants such as Pelargoniums and Violas didn’t do well until late August.

I will describe some of the new cultivars that did well for us at the trial sites in Guelph, Milton, Vineland and the RBG in Burlington. Incidentally, in 2012, we were lucky to join forces with Memorial University of Newfoundland Botanical Gardens. The trial program in Ontario will gain added depth in the future by comparing growth results from different climates, such as those in Newfoundland.

Gomphrena
This is group of heat and drought lovers did exceptionally well this summer. Gomphrena haageana (Qis Carmine) has been available in the industry for over ten years, but in 2012 I trialed it for the first time as part of an outdoor cutflower trial.

As so often happens in trial gardens, alternative applications present themselves as the season progresses. At the public open house day in Guelph, the plant received the most votes as the favourite bedding plant. Since a lot of the plant’s colour is the result of papery bracts that persist for months, this plant can reliably create a solid mass of colour all summer, rain or shine. Ideal for sunny, dry locations, the plant grows to heights of two feet and fills in solidly if placed at eight inch spacing. 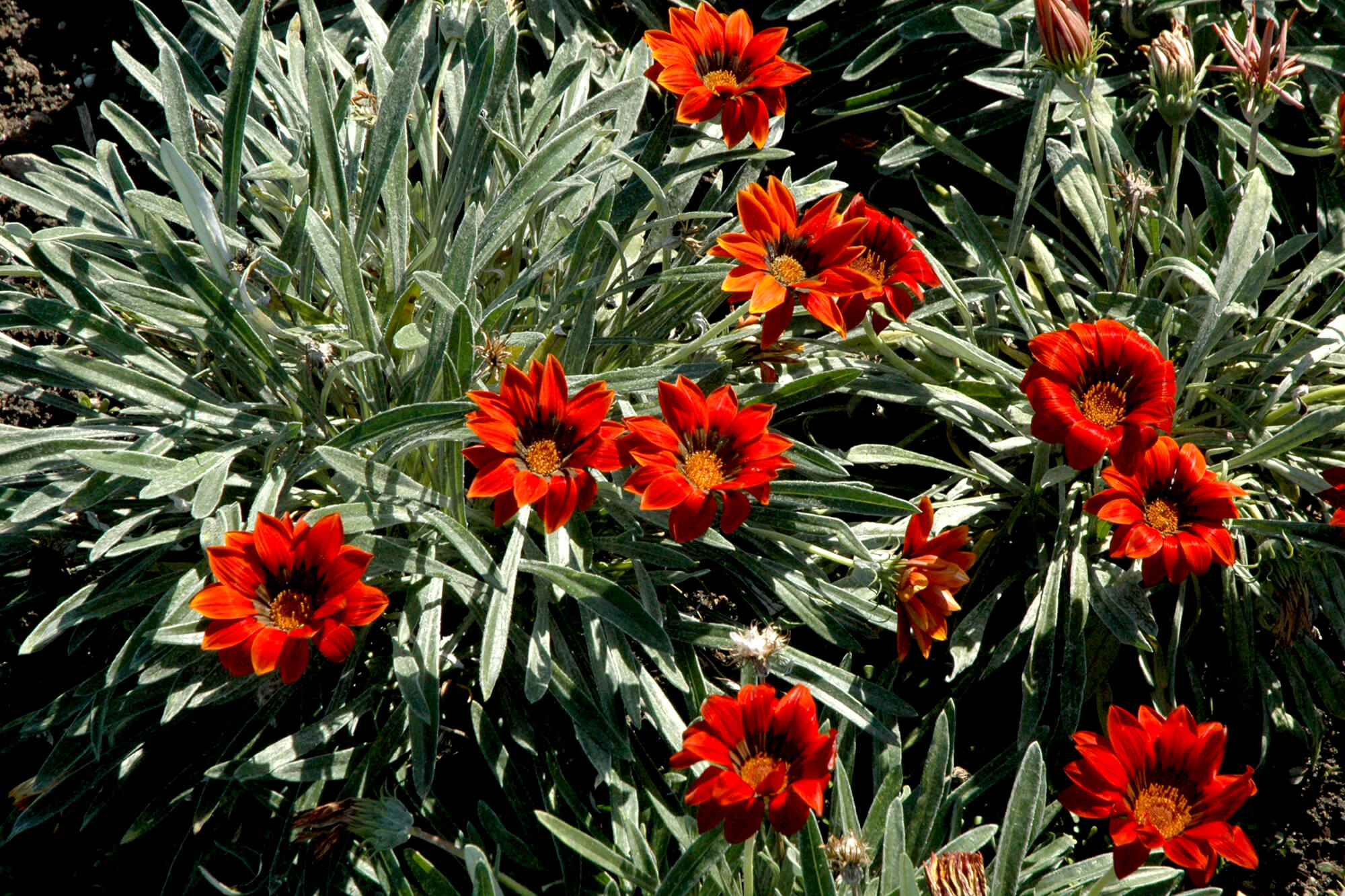 Breeders continue to produce new colours and growth habits for these plants. Cora Strawberry has upright, bushy growth (approximately eight inches) and a pink flower with a red centre, while Cora Cascade Strawberry has a low-growing (approximately five inches in height) and spreading habit (approximately 30 inches) that makes it suitable for ground cover, or containers.

Portulaca oleracea
This is what most people will recognize as being the standard garden variety Portulaca that grows well in hot, dry and sunny conditions.

Happy Trail is a new series that blooms earlier in the spring, even under photoperiods of ten hours. This improvement may be of more use to greenhouse producers than landscapers, but it will ensure that the plants are blooming well when you plant them out in May.

Gazania splendens
This plant produces long narrow leaves that are arranged dandelion-like in a rosette. Large daisy-like flowers arise from the crown and give a vibrant show of colour under bright sunny days. Under rainy-overcast days, these flowers tend to fold-up and get out of the weather. Frosty Kiss Red is a gazania that has its green leaves covered in a soft pubescence that gives a white appearance. The new red colour adds a unique alternative to the other available 14 colours.

Cleome
For years I have enjoyed using the cleome Senorita Rosalita in mass plantings and wherever height and structure are needed for the garden. This cleome reaches heights over three feet by the end of the summer, blooms profusely and doesn’t have thorns like other cleomes. My only complaint was the fact that this selection of cleome came in only one colour. Senorita Blanca, a white version of Senorita Rosalita, is now available and will increase the flexibility in this plant. 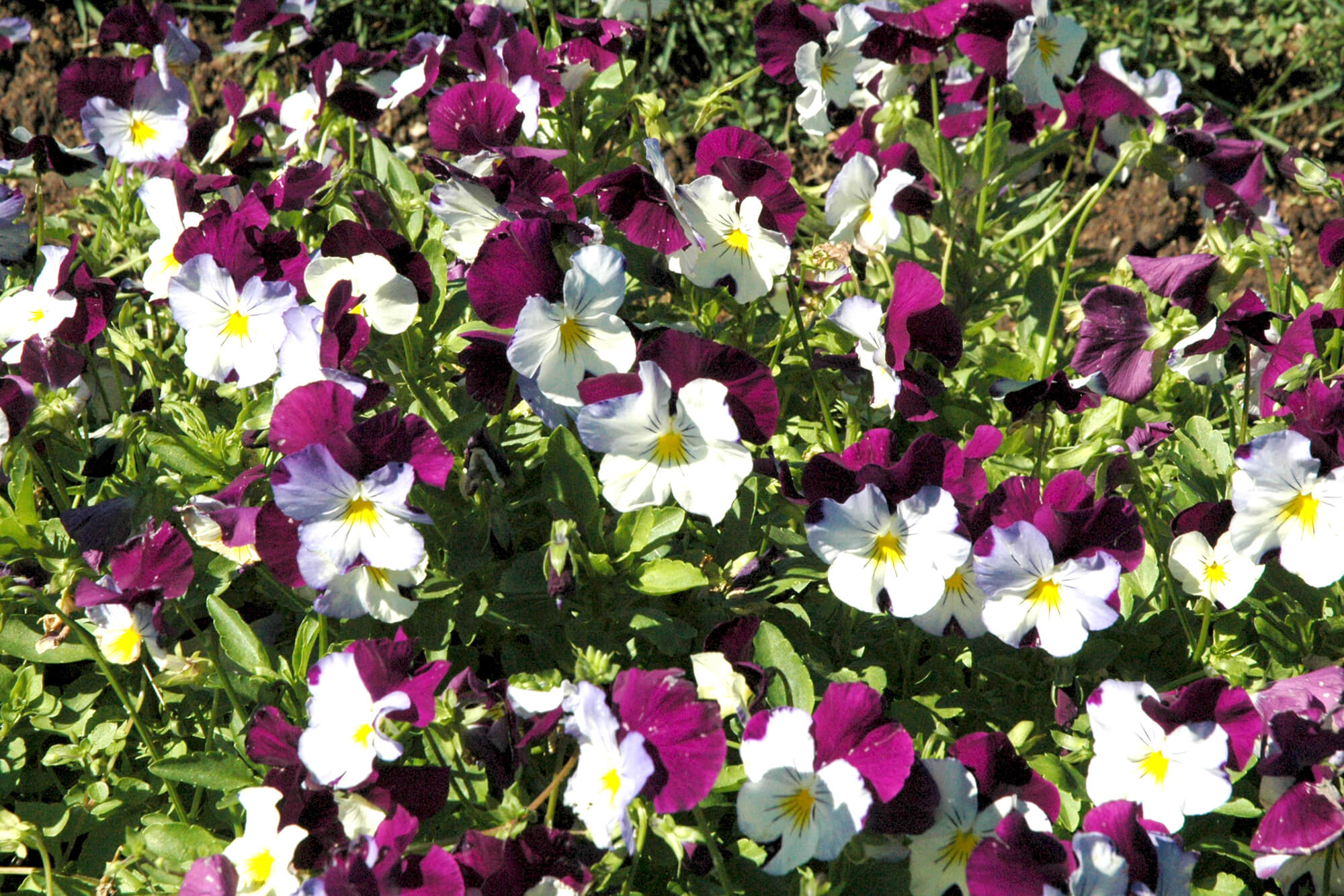 Viola Violet Wing Lobularia
The Lobularia Frosty Knight provided me with my first experience with a variegated sweet alyssum. Even when it’s not blooming, Frosty Knight’s foliage provides ornamental value. It isn’t as vigorous as Snow Princess, or the new lavender-coloured Blushing Princess, but that fact may make it a suitable container companion with other less vigorous plants such as calibrachoas.

Viola x wittrockiana
The Cool Wave series of pansy is seed-propagated and has a strong trailing habit, making it very suitable for containers, easily spreading over 18 inches. Although I haven’t had a chance to test its overwintering abilities, it definitely does well in the heat and survived and bloomed its way through the summer of 2012. As far as pansies go, the flowers in this series are small but the high bloom numbers tend to compensate for this limitation. There are only four Cool Wave colours available: yellow, violet wing, frost and white.

Carex
In 2011 we planted the brown-leaved Carex buchananii Firefox in the trial beds and were surprised in the spring of 2012 to see this plant still alive. I have grown the similar-looking Red Rooster in the past without winter survival, so it appears Firefox is hardier in Ontario.

Echinacea
Some of you may argue that the marketplace is already well-stocked with purple coneflowers, so why do we need more evaluation? I agree to a large extent with this sentiment, but this past spring I was quite surprised to find how miniature Echinacea purpurea Mistral grew. Planted in 2011, this plant did not exceed 12 inches in height in 2012, but was covered in blooms by early summer. This compact growth habit increases its potential application in the landscape.

We are currently planning the 2012 trials. The selection of plants will become finalized in the next few months. If you have plant trial requests, or other suggestions for our trial program, please don’t hesitate to contact me at rtschanz@uoguelph.ca.
Share
Tweet
Mail