It has been an incredible year of savings for all CNLA members. With 23 different member savings programs offered, there were plenty of savings to take advantage of this year. Some of the highlights for the year (as of October 2018) include:
We are always on the lookout for new programs that will benefit you, and in turn, help serve your customers. The programs we have are valuable to us because we know they are important to you in helping to manage your company. Member programs are specifically chosen with your best interest in mind. The member services team is looking forward to 2019. It is going to be an exciting year and we can’t wait to see what it will bring. Be sure to stay up-to-date on all the latest news by checking out future issues of the CNLA Newsbrief and our monthly membership update.

Last November, the EI Commissioner’s Employers Forum was held in Gatineau Que., and was attended by CNLA Executive Director Victor Santacruz and Industry HR Coordinator Leslie Sison. The meeting was hosted by ESDC Commissioner for Employers Judith Andrew and attended by various government representatives including most notably, the Minister of Families, Children and Social Development, the Honourable Jean-Yves Duclos and Parliamentary Secretary Rodger Cuzner.

Speaking on behalf of industry at the round table discussion, Victor Santacruz addressed the sub-plan concept, whereby “We appreciate the sub-plan, but the issue is that it takes approximately six weeks to get a payment. Employees can’t pay bills and employers can’t pay the workers. This forces people to look at other sectors and then we lose people. They will often take jobs for cash and then we all lose. We would like to see a system where we can work with government; have the government pay a little and have employers pay a little more but allow the workers to keep more money.” Parliamentary Secretary Rodger Cuzner mentioned he would like to discuss this further. After this session, Judith Andrew reached out to Victor to discuss his comments in more depth. Santacruz was able to succinctly detail the issues that our industry faces with using sub-plan and to clearly outline how the program works in reality for a seasonal industry. He was also able to broach the issue that EI invests funds into training and grants for apprenticeship, but then fails to ask for trained apprentices when issuing tenders.

Judith Andrew, Commissioner for Employers, was very interested in these concerns and has suggested further meetings for a more in depth look at the sub-plan specifically as it applies to seasonal industries. The meeting was a promising step in the right direction.

Leslie Cornell’s personal business philosophy and goals are to help people through landscape horticulture. Sometimes that means helping a student reach his or her goals of becoming a landscaper, or it may be helping customers achieve a backyard oasis for their staycation. Leslie started her company, Cornell Design and Landscaping of Moose Jaw, Sask., in 2008 as a landscape construction company with a complete tree nursery and a small perennial greenhouse.

In those early days, Leslie’s only other employee was Kurtis Langton, her son’s best friend, whom she encouraged to enroll in the apprenticeship program. Her encouragement was an investment in the future of her company, as today Kurtis is one of the company’s key employees.

In 2009, the company was expanded to include a retail garden centre, plus another greenhouse for growing their own perennials and annuals. Since then, yet another greenhouse has been added as the market for succulents has exploded in their area, requiring its own production greenhouse.

Although still a small company, Cornell Design and Landscaping has expanded steadily over the years and today employs 15 people during the peak season.

Leslie currently serves as president of the Saskatchewan Nursery Landscape Association (SNLA), and has been an active member of the Moose Jaw Communities in Bloom board from 2014 to 2018. 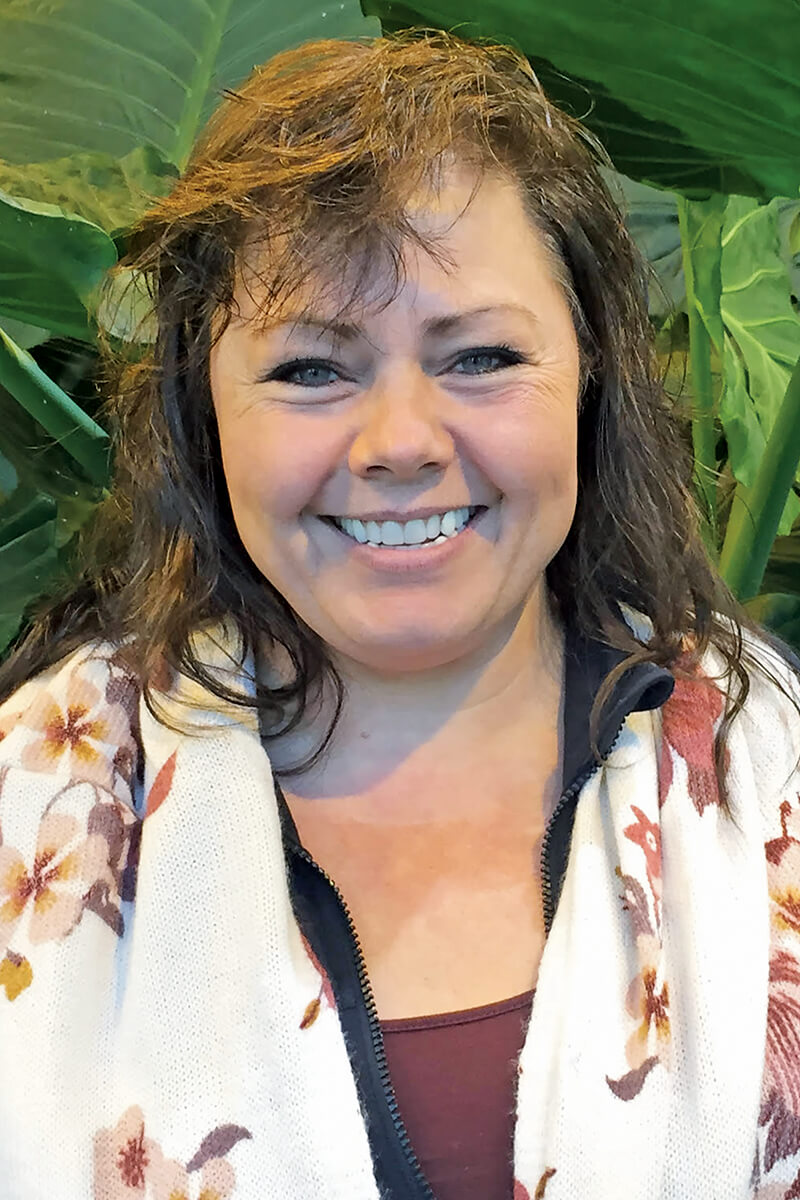 Among her many other commitments to the landscape industry, Leslie has also participated on the Landscape Canada Committee for several years, including participation on the LCC sub-committee for the development of the Canadian Landscape Standards that was released in 2016.

Leslie wears many hats, all of which are designed to promote and further the landscape horticulture sector. On behalf of all members, CNLA welcomes Leslie as the new chair of the Landscape Canada Committee.

Information has come out that the foreign worker process in Mexico is changing; processing may take longer as a result. Applications can be submitted up to 120 days in advance of the workers’ start date (this is also the earliest you can submit to the Job Bank).

The following information was assembled by BCLNA’s Hedy Dyck. Some of these rules may pertain only to B.C., but it’s best to know what is happening.

Biometrics
The requirements for biometrics (finger-printing) mean workers will be required to go to Mexico City for processing before they get their work visa. For some workers, the round trip is expensive and lengthy, which may affect their interest in coming to work for a short term. However, as BCLNA growers are aware, if a Labour Market Impact Assessment (LMIA) has been approved before Dec. 15, 2018, for entry into Canada in the first two months of 2019, they will not require biometrics.

It may be that the timing on this might be extended, so workers who come later under the same LMIA, also do not need to have their biometrics completed.

Processing foreign workers from Mexico may take longer as a result of requirement changes.
Substitutions
There will be no last-minute substitutions at the airport due to the biometrics requirement. Any substitutions will take at least six weeks to process. So, if you are not sure if your named workers can get in, mark ‘Yes,’ that you will take substitutions, so you get the right number of workers.

Named workers
If you are one of the growers whose named workers ended up on farms they did not want to go to, you can get them back by requesting them again as named workers. Please contact the Mexican Consulate if this is the case.

Timing
It will take on average 144 days from the day you apply for your LMIA to worker arrival. The LMIA goes to the Mexican Ministry of Labour, then CVAC (Canada Visa Application Centre) and then the named worker is informed. It used to be the Ministery of Labour would inform them.

This is a delay as compared to previous years. The worker or the employer can contact the Mexican consulate to follow-up and stay in touch with respect to worker processing.

Housing inspections
‘Pass with Conditions’ will not be accepted as a ‘Pass,’ so your LMIA will not be processed. You must make the required changes, however small, and then be re-inspected or prove that it has been fixed in order to get a pass and have your LMIA processed.

No foamies will be allowed as mattresses. Full mattresses are required and will need to be changed every two years. The Canadian Nursery Landscape Association is the federation of Canada’s provincial horticultural trade associations. Visit www.cnla-acpp.ca for more information.
Share
Tweet
Mail