Projects are customized using cast bronze sundials and by sandblasting various elements, including their own line of custom landscape lighting.
Avalon Landscaping is the epitome of a successful family business. Owned and operated by the husband and wife team of Ed and Anita Chanady, their award-winning landscape design-build company founded by Ed’s father, Steve Chanady, is celebrating 55 years of operations in 2020.

Since 1991 the company has been based on a five-acre site in Holland Landing, Ont., that includes beautiful display gardens, room to store aggregates and landscape supplies, a shop to service vehicles and equipment, and an office. This site also includes the Chanadys’ home.

“The business is always here,” Anita says of the site. “Of course, that does have its challenges, but it has benefits as well.”

Anita was hired on as a secretary by Steve Chanady in 1989 — the same year Ed graduated from the Landscape Technician Program at Humber College. “Ed worked in the maintenance division that April and May and then took over the business,” Anita recalls.

With a science degree in commerce and a major in accounting, Anita also worked her way up to office manager and controller.

With the company in good hands, Steve Chanady started a new company: Sundials of Distinction — a manufacturer of custom bronze, aluminum and steel sundials. Chanady shipped sundials worldwide. In 2008, Steve Chanady passed away and Anita took over the operation.

Now called Sundials by Avalon, the company also manufactures natural stone lighting, carvings, benches and tables, which are produced on the Holland Landing property, providing rainy day and winter employment for the crew. When used in a landscape, those elements allow Avalon to provide a unique look to clients.

In 1992, Anita and Ed married and the couple have been both business and life partners ever since. Their two sons, Darwin and Stephen have been working full-time at Avalon for a few seasons and along with nephew, Dylan Castada, they represent the third generation of the family business.

“There were some pretty big names at those meetings,” Ed recalls. Among them: Bill DeLuca, Don Salivan, and Casey van Maris — pioneers who went on to form Landscape Ontario Horticultural Trades Association. Avalon was one of the first charter members of the association and Ed has served as chair of the Contractor Sector Group and helped to develop its Contractor Rating System, residential guide to choosing a contractor, and helped to conceive Canada Blooms.

Founded in 1965 (the same year Ed was born), Avalon was a relatively small construction and maintenance company that was fed work from several prominent architects. When Ed took over the business, he shifted it to a design-build operation.

In 1992, Avalon Landscaping won six awards in the Landscape Ontario Awards of Excellence program and was also presented with the prestigious Dunington-Grubb Award for the top scoring project of all entries that year. “It was typically the big companies who won the award,” Ed says. “It really brought us to the forefront and led to working with some very prominent architects in Toronto, and some work on home improvement shows on the HGTV network.”

Avalon continues to work with a freelance architect as part of their process. “The architect will go out to a site and take measurements and provide us with a base plan,” Anita explains. “Ed will then do all of the design work off of that plan.” Anita will then act as the client and offer suggestions and ideas.

With this intense collaboration, the conversation at the dinner table or even in the middle of the night can quickly change to one about a specific job or client.

“Business and pleasure usually don’t work together,” Anita says. “We argue and we have lots of discussions, but when you have a discussion, you are voicing an opinion — something you truly believe in, and that always ends up creating an opportunity.”

“There are three things that contribute to our success: you have to communicate, you have to compromise, and you have to have patience,” Anita says. In the end, the couple believe their business discussions at all hours of the day lead to a better product and better service to their clients. 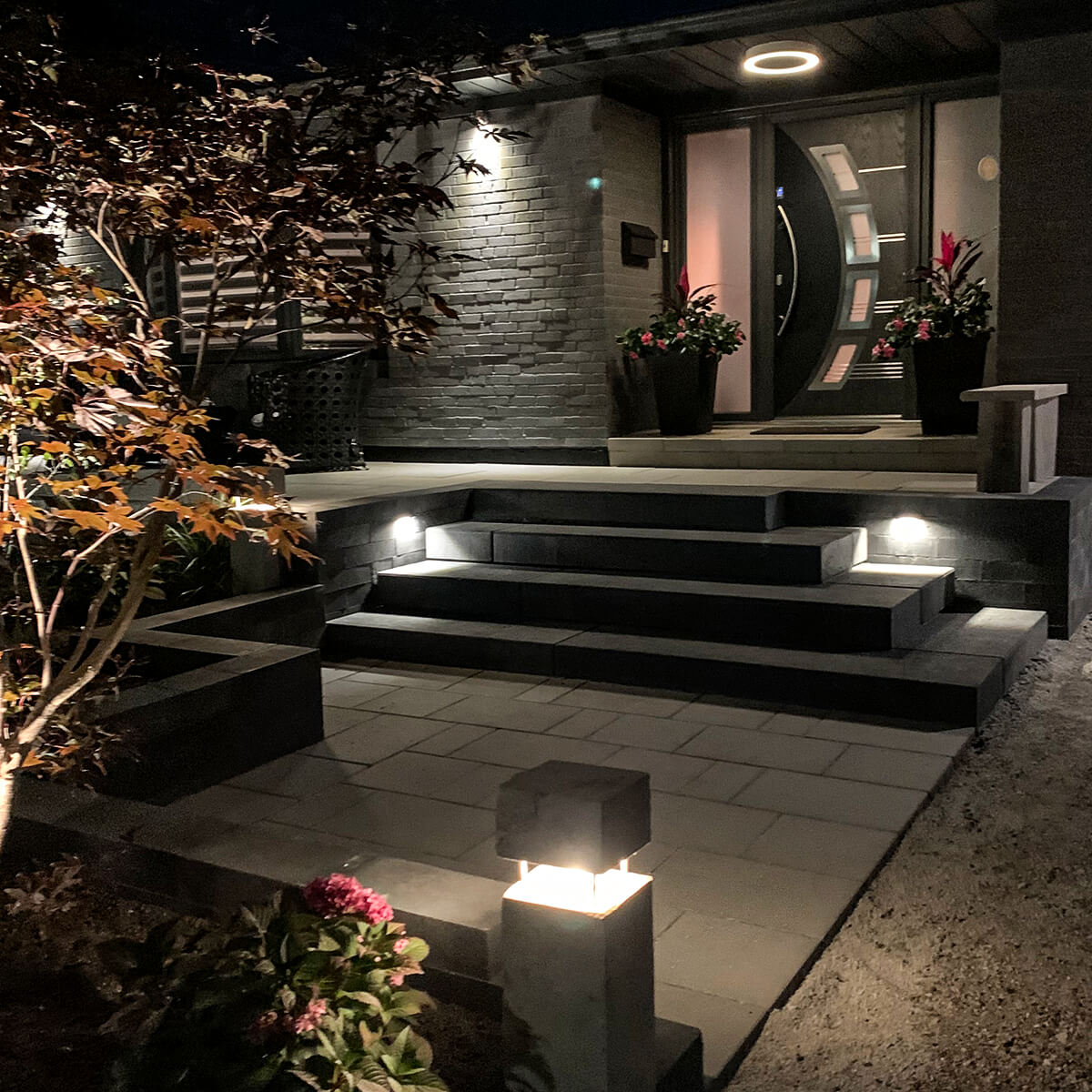 From a modern front yard to a backyard for activities and entertaining, Avalon provides a variety of styles to suit its residential design-build clients.

Providing top quality landscape design-build services to residential and commercial clients in the York Region, Simcoe County and the north GTA, Ed says much of Avalon’s success is due to client satisfaction and their referrals. Satisfied clients are happy to show others, turning every job into a showroom that has proved to generate new business, sometimes 10 to 20 years later. Neighbours take notice and make inquiries. Old clients become new ones. Clients help to sell potential clients.

On an Avalon site, an a-frame Avalon sign, a catalogue kiosk and a drawing board with scale printout of the site design are all daily features that made Avalon stand out from the competition — something Ed calls “Avalon-ized.” It’s not uncommon for Avalon to have a half-dozen clients on the same street.

“Each one of our jobs is a reflection on our work,” Ed explains. “So we can’t have a paving stone sink after a year or two and we have to educate the client on proper maintenance. If the plants don’t look good a year later, that can look bad on us.”
Share
Tweet
Mail